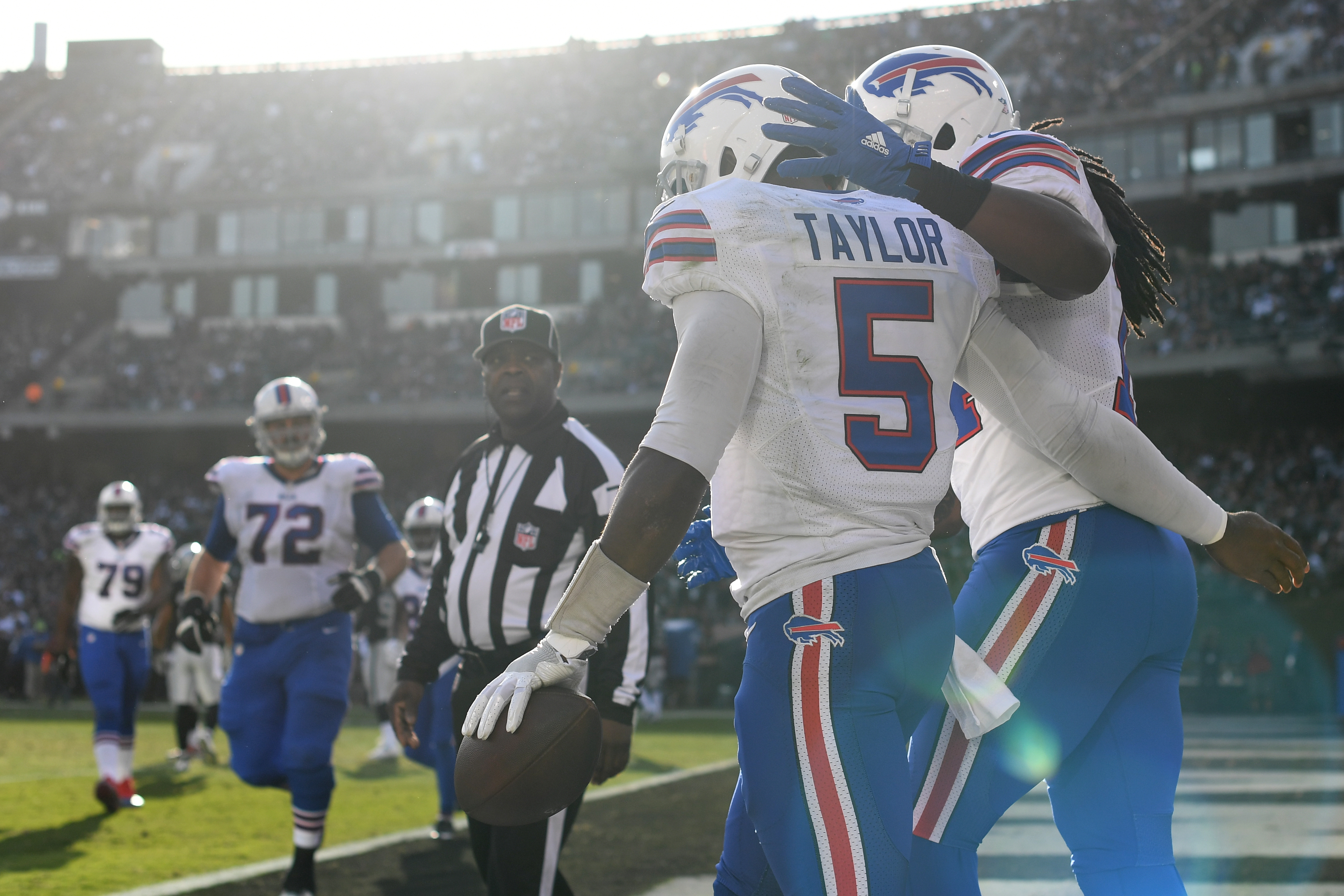 The Bills went from radio silence to a deluge of news Wednesday, as not only did they finally pull the trigger on the “will they/won’t they” decision as it pertains to Tyrod Taylor at quarterback.

After reading this piece by Sal M from the Rochester D & C, I’m definitely of the opinion that head coach Sean McDermott has full control of this team.

Two months ago, the Bills were interviewing head coaching candidates and they were doing so on the premise that Taylor was not going to be the quarterback in 2017 and beyond.

This sentiment was also shared by Ian Rapoport of NFL.com/NFL Network:

As for #Bills & QB Tyrod Taylor: This has always been the outcome the coaches wanted. They never wanted to let someone who can win walk out

Once we were made aware the coaches wanted Taylor, the issue was a no-brainer to me. The restructure was something I honestly did not see coming, because I presumed the team would want to play it safe and either let him go or get rid of him in 2018. By restructuring, while they drop the cap hit, they do guarantee he’ll be the starter for at least the next two years. For me, that’s absolutely fine as that will give you time to figure out how well Tyrod takes to the offense, as well as figuring out how much development Cardale makes behind him.

I have been an unabashed supporter of Taylor’s and I am a realistic fan of this move. I am not thinking that Tyrod is going to throw for 5,000 yards or that he’s going to revolutionize the sport of football. I do think that with a healthy supporting cast he can be at least a top 15 quarterback in the NFL. I know the calls for QB purgatory will be loud, but Taylor and McCoy and Watkins are a heck of a base to work with talent wise. Give Tyrod more to work with and the pieces that fit Dennison’s offense and I am more than confident he’ll rise to the occasion. The question for me was never about Taylor in a vacuum; for me, the issue has always been what player in the draft or free agency would you find that fit better?

Think about the idea of tanking for a Sam Darnold or someone like that in 2018: why would you bring back Kyle Williams? Why would you not attempt to trade the team down to the studs if you could? They’re not doing that, so you have to put yourself in the best position to win. That is, as proven by the coaching staff, Tyrod Taylor. Not to mention the issues prevalent in trying to tank and “not quite making it” in terms of the target losses. Think back to Dareus, and how the Bills were gunning for Cam Newton up until Andrew Luck decided he didn’t want to go to Carolina.

In terms of searching for the “next great QB” and all the jazz that comes with that – I’m of the mindset that you draft a guy, hide his warts and maximize him. Too often the fans and even the scouting staff look for perfection in terms of measurables, and I have never been one to think that way. As I mentioned a few months ago – I ascribe to finding out where someone wins (thanks Josh Norris!) rather than dinging every issue.

Next up the Bills have to find very specific fits for the offense at wide receiver (slot and outside), second TE (bigger body) and of course right tackle.