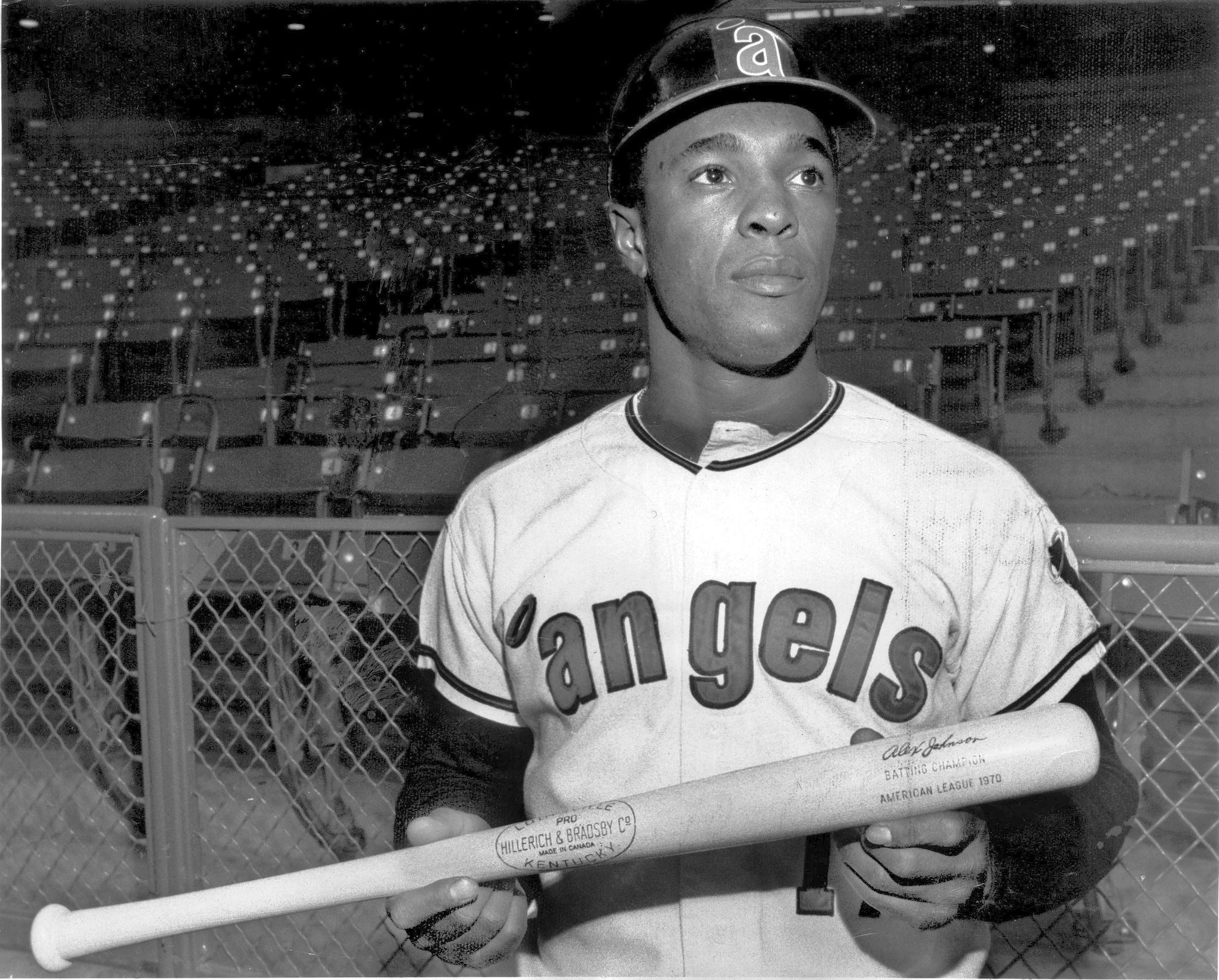 Alex Johnson knew exactly what he needed to do to wrestle the batting title away from Boston Red Sox outfielder Carl Yastrzemski when the California Angels took the field against the Chicago White Sox at Anaheim Stadium for the final game of the 1970 season.

A 2-for-3 night for the Angels’ moody outfielder and Johnson would edge Yaz by mere percentage points to become the franchise’s first batting champion.

A difficult task became improbable when Johnson grounded out in his first plate appearance.

But a single to right in the third inning set the stage for Johnson when he stepped up to the plate in the fifth.

One of the game’s greatest hitters, Tony Gwynn often quipped that it’s the infield singles and Texas-leaguers that determine the batting title. It certainly rang true for Johnson, who chopped a high bouncer to White Sox third baseman, Bill Melton. Despite a nifty backhanded stop, Melton was unable to throw a hustling Johnson out at first. When manager Lefty Phillips sent in Jay Johnstone to pinch run, Johnson and the Angels had their first batting title.

Ironic that it was a hustle play that earned him his “biggest achievement.” Johnson, along with being a great hitter, was viewed by many fans as a lazy player. Some say he refused to jog between innings, oftentimes barely making it to the dugout before the next half inning would begin.

“Winning the batting title is the biggest achievement of my life,” Johnson said after the game.

But there would be no more great achievements for Johnson in an Angels uniform. The very next year was a tumultuous one, as it seemed that Johnson’s baggage had finally caught up with him. A lack of hustle, discontentment and a heavy temper ultimately wore thin with his teammates, the organization and beat writers. After a series of suspensions in 1971, the Angels traded him in the off-season to the Cleveland Indians, where Johnson would only hit .239 in 1972.

In fact, Johnson would never approach .300 again, finishing his career with unspectacular stints in Texas, New York (AL) and Detroit.

For the Angels and their fans though, he will always be remembered as the man toting the “silver bat” signifying his great achievement in 1970. Johnson remains the only Angels hitter to win the batting title.