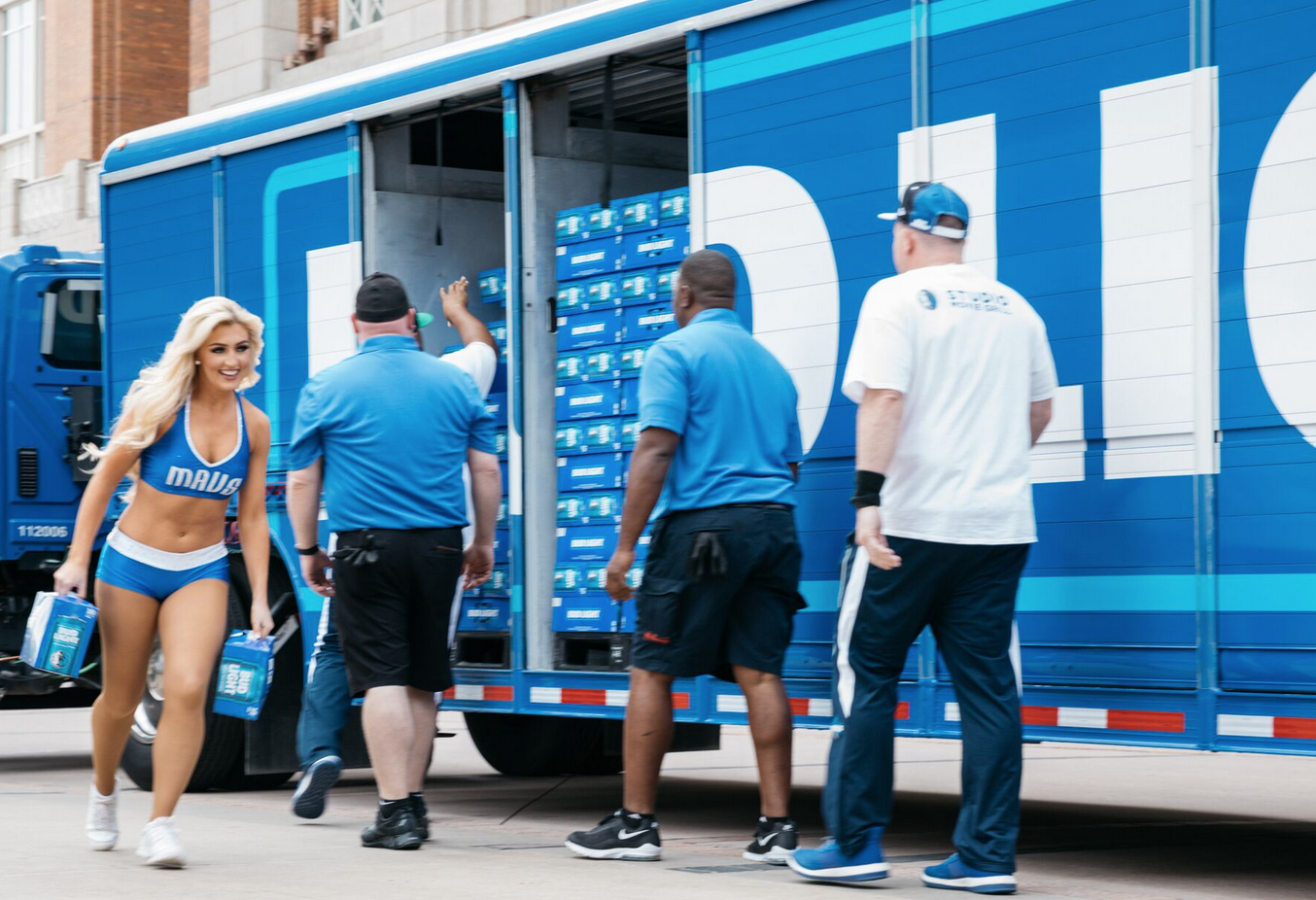 Dirk Nowitzki has scored 30,000+ points during the course of his NBA career, but after achieving that milestone, where he really scored was off the court, when a Bud Light truck delivered 30,000 cans of beer to the Mavericks’ arena for his consumption.

Nowitzki scored 25 points in Tuesday’s win over the Lakers, giving him over 30,000 for his career (and you can watch him do it here). He became only the sixth player in NBA history to accomplish the feat.

When asked about the huge accomplishment after the game, Nowitzki remarked “I just had a Bud Light for the first time in a long time.”

(Side note: I don’t blame him for not drinking BL/rice beer, mainly because it’s terrible. Back to the story…)

Bud Light eventually got wind of the quote, and that prompted them to deliver 30,000 cans of beer to American Airlines Arena on Thursday. They attached this message along with it:

30,000 beers is pretty sweet — to give away to your friends. Now if Dogfish Head was offering to give away 30,000 beers, I’d run from D.C. to Delaware myself. All in all, though, it was a pretty cool gesture.