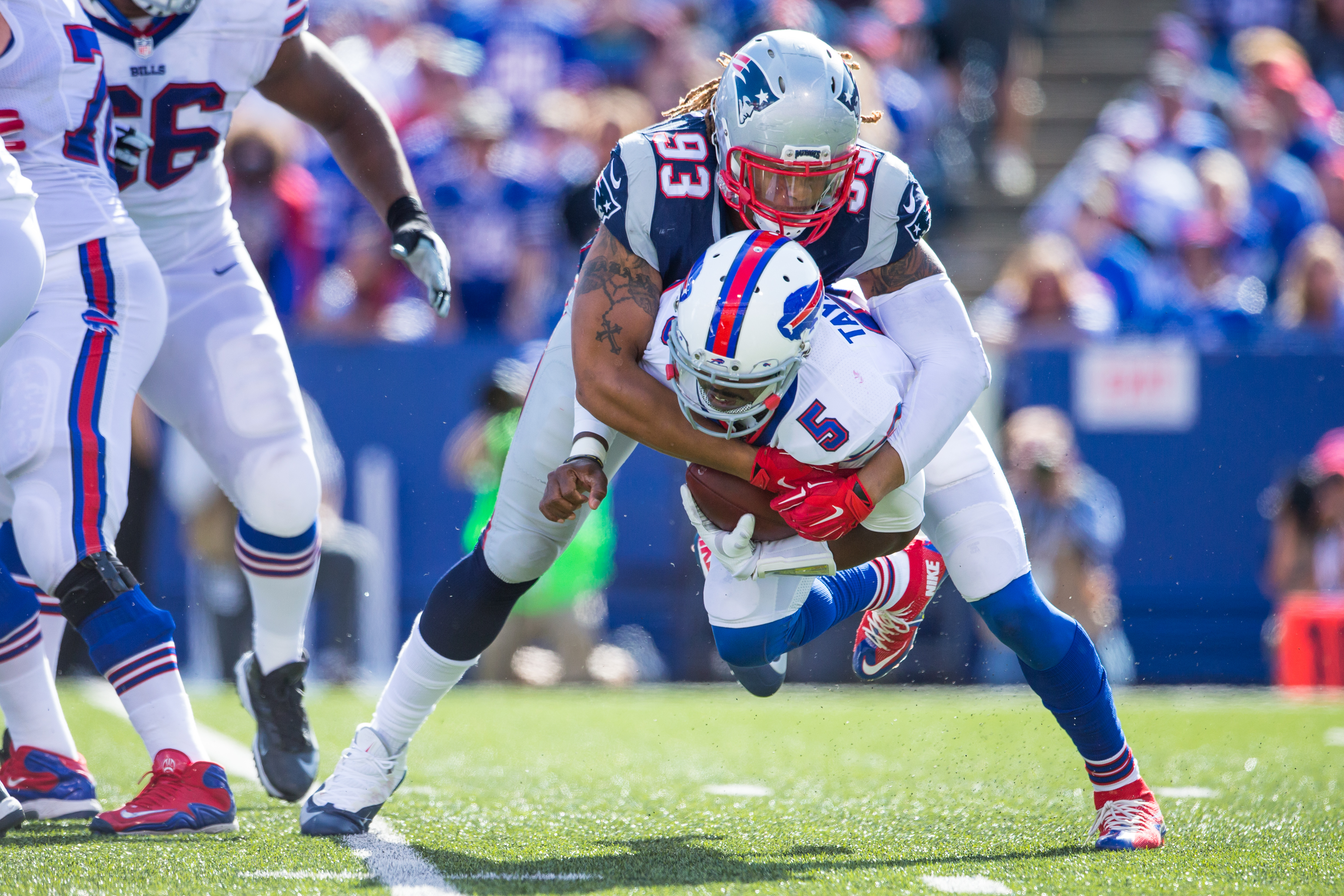 The Colts have signed former Patriots starting defensive end Jabaal Sheard.  Sheard, who would likely play OLB in the Colts 3-4 defense, had 33 tackles and 5 sacks for New England last season after posting 8 sacks in 2015.

Per Adam Schefter, Sheard’s contract is for $25.5 million over 3 years with $12.75 million guaranteed.  Sheard, who is from Florida, also visited Miami this week before deciding on the Colts.

Aside from a low sack total in 2014 (2), Sheard had a strong start to his career in Cleveland, where I believe they were running a 3-4 (feel free to confirm or correct that in the comments), averaging 49 tackles and 7 sacks per season.  He’s had a decent two years in New England, but with his size (6-3, 265), he may benefit from moving to a 3-4 defense.

Chris Ballard has made it clear with his actions early on that he’s looking for pass rushers, something the previous GM all but ignored, save for drafting the famous Bjoern Wjerner, or whatever his name is, and signing an actual rugby player.   Sheard joins a competition at OLB (possibly some time at DE too. We’ll just have to wait and see how the Colts use him) that includes recent signees Barkevious Mingo and John Simon.

There’s some real potential in that group, but, while they each have something to prove, none of them look like Pro Bowlers just yet.  Mingo is super athletic but has never lived up to expectations, while Sheard and Simon look the part of a good number two pass rush threat – not especially quick, but strong, hard working, high energy players.

That being said, don’t be surprised if the emphasis on guys who can disrupt the quarterback continues into the draft.  Now if they can just find a cornerback…and some inside linebackers…and maybe another receiver…sigh.  It’s coming together, though.