Could the Signing of OLB John Simon be a Free Agency Steal? 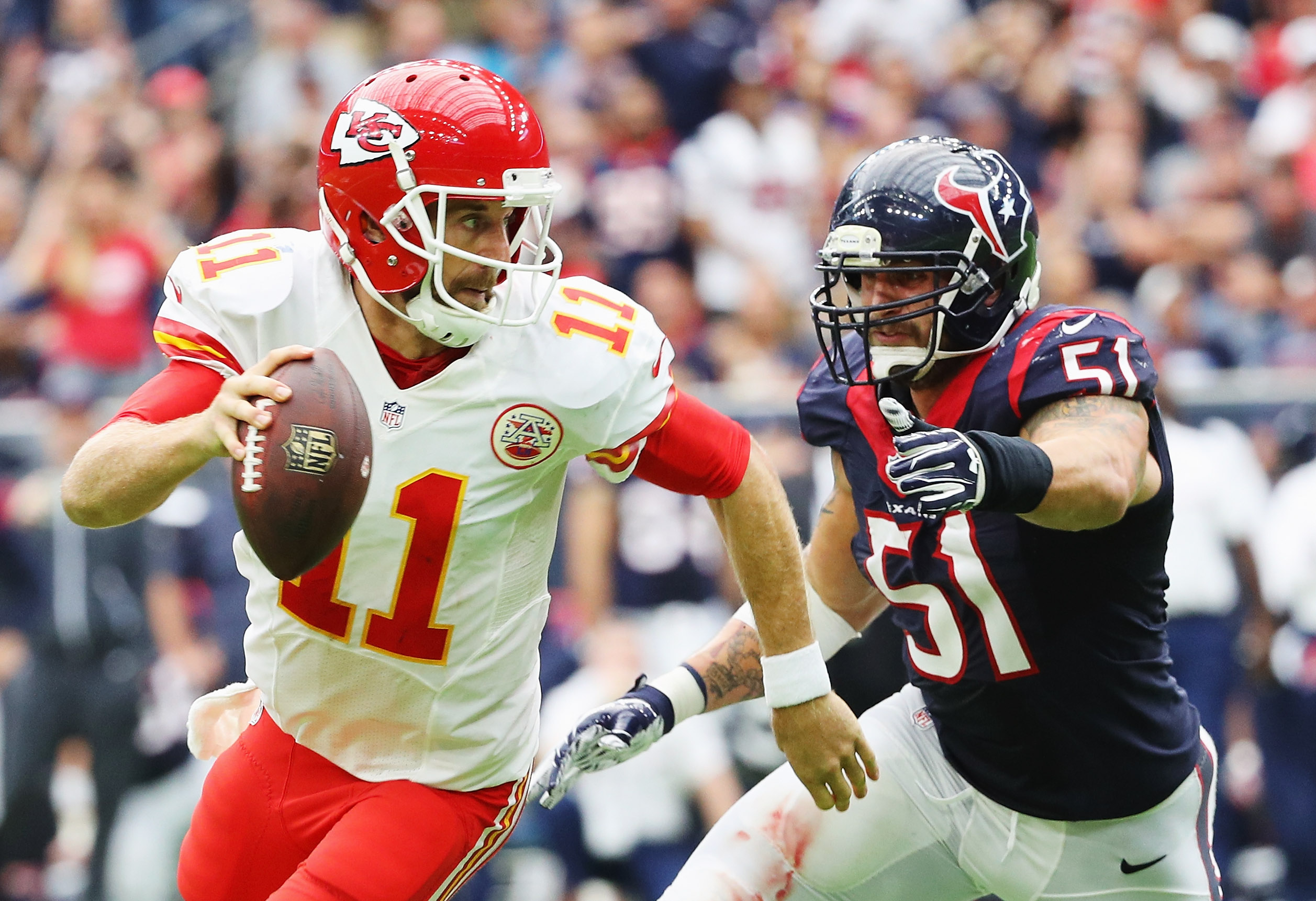 Could the Signing of OLB John Simon be a Free Agency Steal?

The Colts on Friday added free agent linebacker John Simon from Houston. Simon had 51 tackles and 3.5 sacks in 11 games last season, mostly as a backup to Whitney Mercilus and, when he was healthy, Jadeveon Clowney.

Simon also started five games for the Texans in 2016, which accounted for 24 of his tackles and all of his sacks.  If we look at those starts in a vacuum, 3.5 sacks in 5 games would put him on pace for an 11-sack campaign if he were to start a full regular season (average of 0.7 per game).

This doesn’t really tell us anything concrete other than that Simon has the potential to be very productive as a starter.  Furthermore, at 3 years, $13.5 million with $5 million gauranteed, he could prove to be an absolute steal. Realistically, 8 or so sacks and a solid year against the run would be fantastic at that price.  Anything else would be icing on the cake, but he’s shown some real promise.  I’m hoping for some icing.

Mingo likely has one more chance to prove that he can contribute on more than a special teams unit.  There’s nothing wrong with being a solid ST player, but for an athletically gifted 6th overall pick like Mingo, the chance to show he can live up to his original perceived potential is surely a welcome one.  For the Colts, it just looks like a decent, low-risk gamble (Mingo’s contract is for a year at $2.5 million).

Simon, meanwhile, has already shown he can be productive, at least on a team already loaded with defensive talent, before an injury kept him out of 5 of the final 6 games of 2016.  He’s a proven run stopper who can get after the quarterback, and he’ll be looking to prove that his time in the spotlight last season was no fluke.

His competition: Mingo, Akeem Ayers (not a pass rusher), a likely 1st or 2nd round pick, and a half dozen guys of which you’ve never heard.  That’s no slight to the other OLB’s on the roster.  One or two of them will have a roster spot for 2017.  At the moment, however, I’d put my money on Simon and a rookie to be determined.  (If we picked starters on cool names alone, though, it’s Mingo and Deiontrez Mount all the way)

Nice work so far by Ballard, at least from a fan perspective.  None of his three signings made a big splash (there was a punter too – whee!), but none of them look like the next DHB either.  *stops typing and anxiously awaits the draft*