Eight things we learned from NFL free agency so far 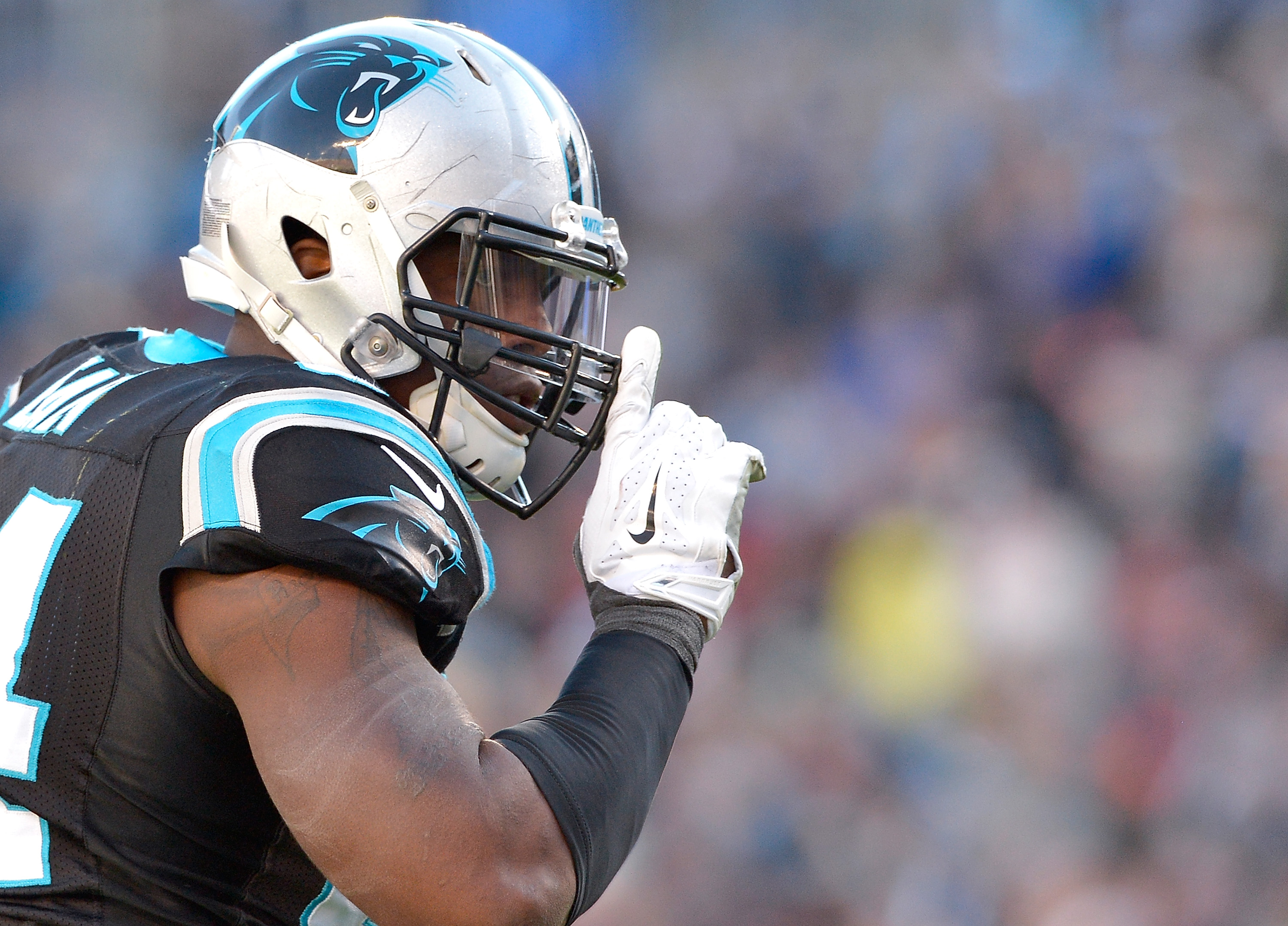 Eight things we learned from NFL free agency so far

The NFL landscape looks a lot different after the first 24 hours of the 2017 free-agent signing period.

It’s a busy time in the NFL, and few teams have been busier than the defending Super Bowl champions.

Isn’t it funny how the Patriots have acquired players from teams that have objected to their supremacy in one way or another in recent years?

The Patriots signed cornerback Stephon Gilmore from the Bills to a five-year, $65 million contract and made a trade with the Colts for tight end Dwayne Allen and a sixth-round draft pick in exchange for a fourth-round pick.

The animosity between the Patriots and Bills should be eased now that Rex Ryan is gone, but the Colts opened the whole Deflategate can of worms and don’t think the Patriots are going to forget that.

Jack Doyle made Allen expendable, but the Colts should have thought long and hard about making a deal with the Patriots. Bill Belichick has a way of making trades and most free-agent signings work out in his favor. Former nemesis Darrelle Revis helped the Patriots win a Super Bowl in 2014.

Gilmore isn’t quite the cornerback that Revis was in his prime, but he’s coming off a career-high five interceptions and a Pro Bowl season. Allen, meanwhile, is a complementary piece who can fit into the Patriots’ system and keep that machine humming along.

The Patriots acquired Panthers defensive end Kony Ealy and a third-round pick for a second-round pick on Friday, according to Pro Football Talk.

Put in other terms: the Patriots move down 8 slots in the draft to acquire Kony Ealy. An edge player for them. https://t.co/R0DxwzQHjR

Ealy had three sacks and an interception in Super Bowl 50, but had just five sacks last season. It’s scary to think what the Patriots’ system could turn him into considering his penchant for making plays.

Linebacker Shea McClellin was drafted in the first round by the Bears in 2012 and Kyle Van Noy, also a linebacker, was chosen in the second round by the Lions in 2014.

In 2016, the Patriots also brought in wide receiver Michael Floyd, the Cardinals’ No. 13 overall pick in 2012, and linebacker Barkevious Mingo, the sixth overall pick in the 2013 draft.

Mingo signed with the Colts and Floyd might not be back. But just because a player is drafted by another team in the early rounds, it doesn’t take him off the Patriots’ radar.

After seeing two other teams in their division go to the Super Bowl in the last two seasons, the Buccaneers seem to be saying “Why not us?”

Tampa Bay has its franchise quarterback in place, but so does every team in the NFC South. Jameis Winston’s main target has been Mike Evans, but he needs better secondary options than tight end Cameron Brate and Adam Humphries. So the Buccaneers brought in DeSean Jackson, who led the league with 17.9 yards per reception last season. It was the third time in his career that he led the league in that category.

The under-the-radar signing of defensive lineman Chris Baker, who like Jackson is coming from Washington, could shore up the Buccaneers’ 22nd-ranked run defense.

The Buccaneers were 8-5 at one point last season, but lost two of their last three and missed the playoffs. Their free agency haul could be what they need to get over the hump and into the playoffs for the first time since 2007.

The losers of the 2016 conference championship games traditionally don’t make a big splash in free agency.

The Steelers and Packers don’t seem to be changing that philosophy this year, but both teams could be falling asleep at the switch when it comes to their own free agents.

The Packers re-signed outside linebacker Nick Perry, who had a breakout season with 11 sacks in 2016. But Micah Hyde, J.C. Tretter and Julius Peppers all have been allowed to sign elsewhere and Jared Cook could be next.

Contract talks between the Packers and free-agent TE Jared Cook have broken off, per source. Cook expected to visit other teams.

After a slow start last season, Cook caught 13 passes in the last three games and 18 in the playoffs. That includes his sideline grab that set up the game-winning field goal at Dallas.

The Steelers, meanwhile, have re-signed backup quarterback Landry Jones, who with four career starts under his belt could have been competitive in a thin quarterback market. The Steelers have lost wide receiver Markus Wheaton to the Bears. Wheaton missed most of last season with a shoulder injury.

Inside linebacker Lawrence Timmons signed a two-year deal with the Dolphins. Timmons will turn 31 next season, but the one-time Pro Bowler led the team in tackles in 2016 and provides a veteran presence on a team that’s going younger on defense. That move could come back to haunt the Steelers.

Jaguars are doubling down on defense

For the second year in a row, the Jaguars are spending up for defensive players.

Jackson had a career-high 6.5 sacks as the Jaguars reduced their yards allowed per game from 375 in 2015 to 321.7 last season, sixth in the league.

Jacksonville’s defense will be no joke if this year’s signings pan out. Bouye was arguably the top free-agent cornerback. He broke up 16 passes last season. Campbell can break up passes, too, using his 6’8″ frame at the line of scrimmage. He batted down six passes last season to go with eight sacks.

The Jaguars aren’t using free agency as a quick fix for their defense, they’re using it as a multi-year project.

AFC South could get interesting

A.J. Bouye signing with the Jaguars isn’t the only case of an AFC South player changing teams within the division.

The Texans also lost underrated outside linebacker John Simon to the Colts and safety Jonathan Cyprien went from the Jaguars to the Titans.

There will be a lot of revenge games in 2017 that could spice up the dullest division in the NFL.

Redskins are going young at receiver

Maybe Kirk Cousins will be in a better mood now.

For a while there, Cousins was seeing receiving targets sign with other teams while not getting the long-term deal he wants.

Now, he has a shiny new toy.

The Redskins signed Terrelle Pryor to a one-year contract Friday, according to Pro Football Talk.

In his first year as a full-time wide receiver, Pryor caught 77 passes for 1,007 yards for the Browns. His arrival will soften the blow of the Pierre Garcon and DeSean Jackson departures.

Garcon and Jackson were the Redskins’ No. 1 and No. 4 receivers last season in both receptions and receiving yards. Garcon signed with the 49ers and Jackson went to the Buccaneers. According to NFL.com, the Redskins are the first team ever to lose two 1,000-yard receivers in the same offseason.

But with Pryor, they’re getting one back, and at 27 he’s younger than the two they’re losing.

Both Garcon and Jackson are 30. Jamison Crowder is 23 and coming off a breakout sophomore season in which he caught 67 passes, seven for touchdowns. Tight end Jordan Reed is just 26, and 2016 first-round draft pick Josh Doctson will essentially be an added piece next season after missing all but two games in 2016 with an Achilles injury.

Considering wide receiver is the position with perhaps the shortest learning curve in the NFL, if the Redskins draft one who contributes right away the position could be a strength in 2017 despite losing Jackson and Garcon

Kyle Juszczyk signed four-year, $21 million contract with the 49ers. Patrick DiMarco signed a four-year, $8.5 million deal with the Bills. And the Bills didn’t stop there. They also signed 5’9″, 243-pound Mike Tolbert to a one-year, $1 million deal.

Running backs who carry the ball are going to get signed, they’ll just have to wait a little longer because they make more money so there’s more haggling over salary.

Fullbacks aren’t as big a part of NFL offenses as they were a decade or two ago, but if your skill set includes blocking, gaining that one yard on third down or at the goal line and catching a couple of screen passes per game, there’s a job for you in the NFL.