Reacting to the Saints trading Cooks to the Patriots 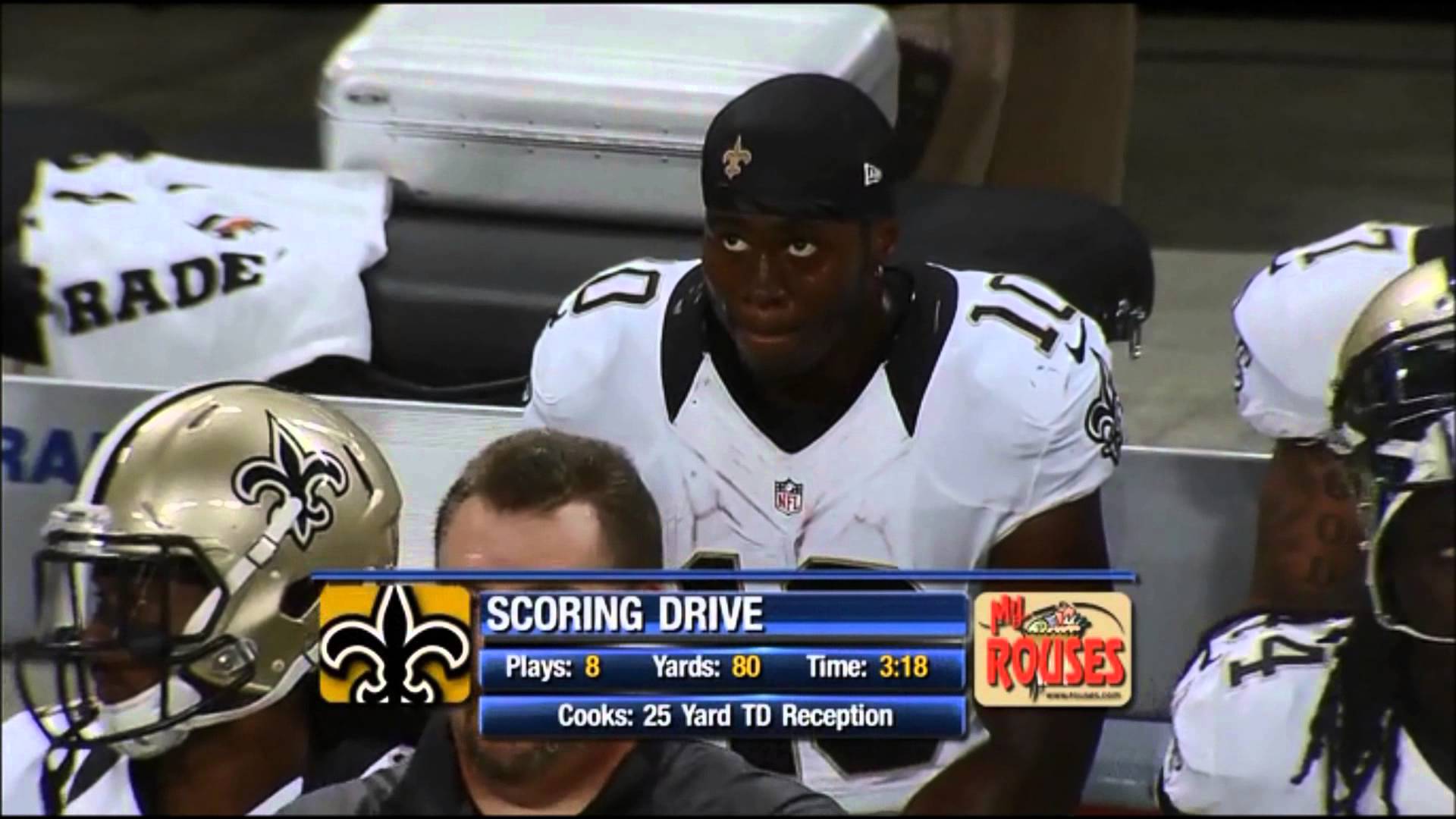 Reacting to the Saints trading Cooks to the Patriots

The move itself had moved far away from being shocking to a forgone conclusion after the first day of free agency had run its course. What wasn’t apparent to Saints fans then, but is blindingly obvious now, was that the one day difference made ALL the difference. There were numerous reports over the last couple of weeks that multiple teams had expressed interest in the Brandin Cooks, and that the Saints were determined to get the most out of the deal. Unfortunately for the Saints while it is true you miss every shot you don’t take, you do also have to pay attention to the shot clock. What do I mean by that? Well let’s take a look at how we got here, giving up a top 10 wide receiver (yes, he is) AND a 4th round pick for the 32nd pick and a 3rd round pick.

What was he worth:

Different people, different reports, different valuations so its difficult to assign a true value to Cooks. The reality is that in any unregulated market the true ‘value’ of any commodity (and for better or worse in sports players are seen as property or ‘assets’ more than anything) is whatever someone is willing to give up to get it. That means that Brandin Cooks value was entirely dependent on who wanted him, how bad, and how many others wanted him. The best case scenario for the Saints was always to initiate a bidding war, but there is a risk to that approach. There were many reports throughout the last few weeks and while none were ever fully substantiated, they all established and supported the narrative that at least at one point Cooks value was worth at least a mid 1st round pick. With both the Titans and Eagles reportedly interested at one point it is VERY  likely that the Saints were at least offered the 18th and/or 14th picks in some capacity in the draft at one point.

However, we also have multiple reports, and even statements from Sean Payton himself saying the Saints intention was only to trade Cooks if they got a GREAT offer. Considering what it cost to draft him as well as his value as a young and extremely productive veteran it wouldn’t be unreasonable to expect equal return, and to try to get better than that. So long as a bidding war could get started the Saints were practically assured to come out a head.

The best part was that there was legit value. This wasn’t something like Meachem or Deion Branch where the player was a product of the system and the quarterback far more than a difference maker on their own. Cooks proved to be extremely productive the last two years and showed enough versatility and explosiveness to be valuable on any team in the league. His skillset translates anywhere, not perfectly, but it translates and that matters. What stands against him is the fact that he is also more of a specialist than he would like to admit, there is a difference between being effective at everything, and being great at it. That’s the difference between asking for multiple assets for a very good player, and demanding it for a great one. Cooks for all his value was still a player that you ‘asked’ for, not demanded.

We know, or at least can reasonably expect, that there was a point in time where Brandin’s value was very high. However, it is difficult to reconcile that supposed value with what the Saints eventually got for him which amounts to swapping mid round picks and acquiring the final pick in the 1st round. What has to be understood is that for his value to peak required multiple bidders willing to pay a price. The more they wanted him the more the Saints could get from him, but, and this where gambling will bite you folks, if you wait to long it can come around and bite you back. Taking advantage of others is ALL about leverage and timing. You have to have the right leverage, and have to apply it at the right time. There is one thing that Bill Bellichek has that truly sets him apart from others (there are actually several, but this is one of them) and that is that he has patience. Bill will never reach for something he wants, he’ll set a baseline and he’ll either wait for to work with him or he’ll go get something similar somewhere else. He’s able to do that both because he’s an exceptional negotiator, but also because he’s a fantastic talent evaluator. Bill knows that even if he couldn’t get Brandin Cooks he can get a similar element, or he can find a different element that he can build around in a different direction. He never traps himself in a corner, and that is why so often he wins these type of transactions, he only ever makes the move he wants to. (the fact that the Patriots are winners is also why you never EVER hear about moves that don’t work for them, but that’s another story).

What I believe happened with Cooks is the Saints had a window where there were numerous teams with strong interest, need for a playmaking wide receiver, and assets. But, as time went along and the Saints failed to pull the trigger those needs (Philly) and assets (Tennessee) dried up and the teams that wanted him either lost their urgency or their certainty of retaining him. In either case the move no longer made much sense to them, and so they were far less likely to pull the trigger. At the same time tensions with Cooks continued to rise for the organization and the clock was ticking because he had a bonus coming due in just a few days (as reported by Nick Underhill of The Advocate here). The Patriots may or may not have considered some better offers at different points, but they were never going to give more than they had to. The moment the Saints lost the leverage of having other credible offers the incentive to give more disappeared, but the Saints incentive to trade Cooks never decreased, it did the opposite.

First thing is first, the true ‘grade’ of this trade can only be assessed once we know what assets the Saints eventually end up with as a result, and even then we can’t truly grade the trade for likely another year or two based on the development of those assets. If the Saints team as a whole gets better because of the added picks, then it doesn’t matter one bit what Cooks does in New England. He could break Randy Moss’s record and if the Saints got really good players who improved the team its still a win for them, because he wasn’t going to do that here. The results for the saints in the end are all that will matter when grading it.

That said if I look at just the value and the assets traded I have to say I think the Saints lost the trade. Not badly, its not like the Ricky Williams trade. The Ricky trade was like beating a kid with a stutter in the spelling bee. This is more like selling your car for 800 left than the KBB price and being pissed about it….but you still got 8k. The Saints still acquired valuable assets, and with their two biggest holes being the two best positions in the upcoming draft they have at least put themselves in a position where they have a chance to get better (the criteria for a ‘good’ trade). Today I am less than satisfied with the trade because I always wanted to GAIN an additional asset for Cooks, and we just swapped, but I’m not enraged because at least the Saints did get value. There also reportedly could be an additional move to still acquire Malcom Butler from the Patriots and depending on that move my opinion of the this trade could significantly change.

At the end of the day time will tell, but the fact is that at this point in the process the Saints had to make a move and I believe they made the best move that was available to them….at the time. Whatever other conjecture we may have to consider, it remains just that…conjecture.