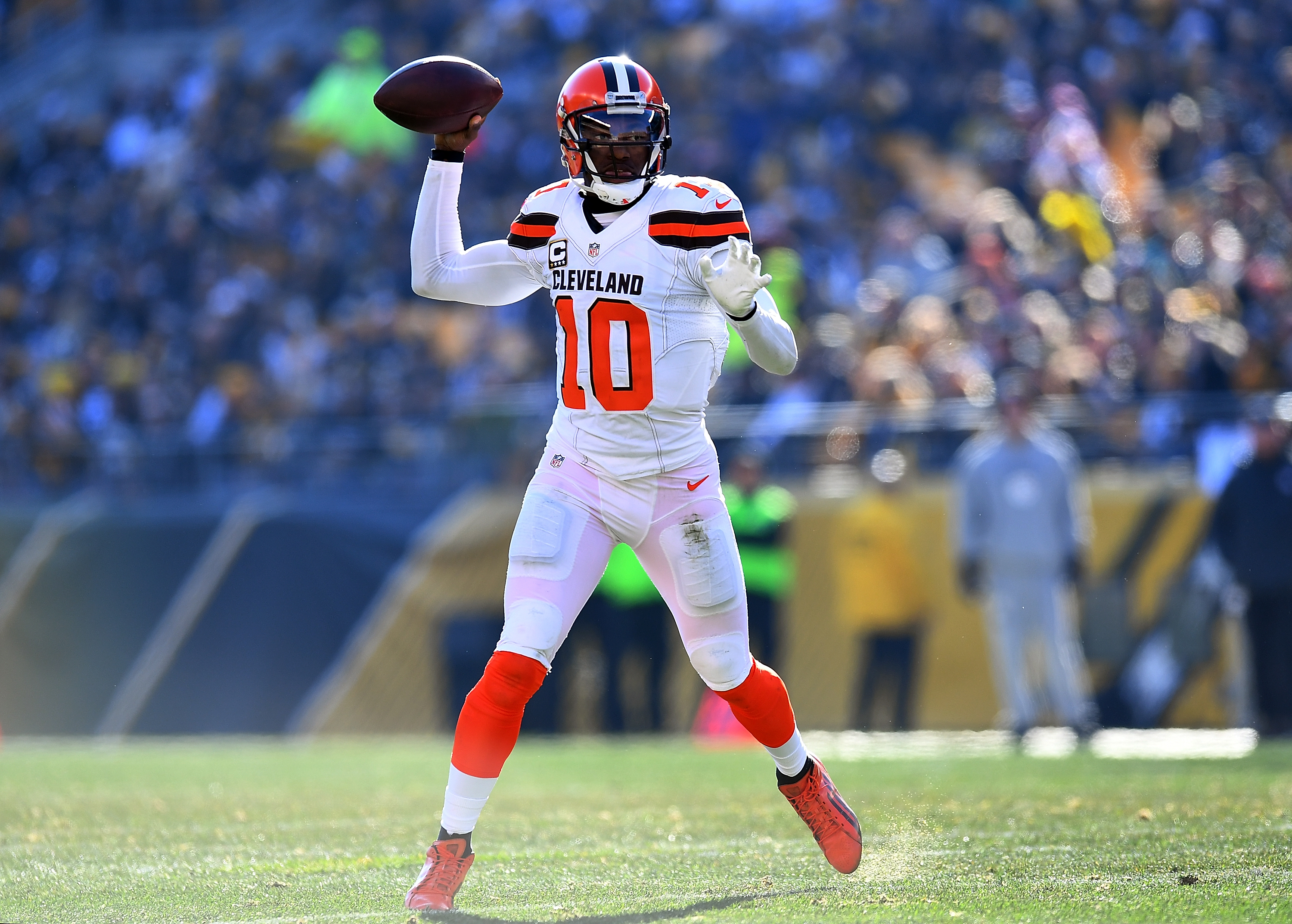 Robert Griffin III looked like he had a secure home with the Cleveland Browns and a chance to act as a multi-year starter during a rebuild.

RG3 hardly attempted 30 passes before getting injured in Week 1 last year, then struggled upon his return later in the season. With the Browns trading for Brock Osweiler and looking ready to draft a quarterback with one of two first-round picks, he’s back on the market, per ESPN’s Josina Anderson:

Source tells me Robert Griffin III is getting released. #Browns

Though he has never been able to stay healthy, RG3 once again instantly becomes one of the more interesting names on the open market thanks to his ability to run with the ball when not making high-percentage throws.

Plenty of teams figure to have an interest in his services, as least on a prove-it basis. The list, for now, is headlined by the New York Jets, if not more than anything because RG3 himself finds the fit interesting, per Connor Hughes of NJ.com:

But the former Rookie of the Year is intrigued by the possibility of playing for the quarterback-needy Jets, according to a person familiar with Griffin’s thinking. The person requested anonymity because he isn’t authorized to speak for Griffin.

The Jets certainly make sense as a fit given the need, though it’s hard to imagine RG3 would be the only quarterback they bring on this offseason.

As a whole, the NFL won’t let RG3 sit on the market too long. He’s still 27 and the position is almost impossible to secure for a long time, so a guy with his upside won’t have to wait long.