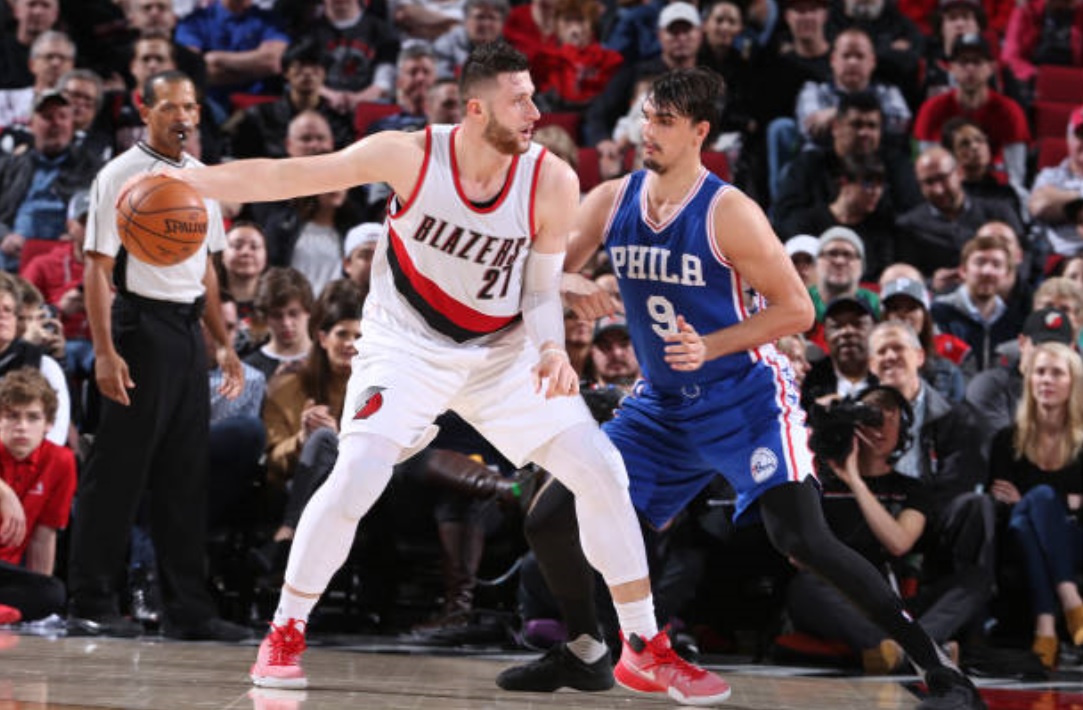 For those Sixers fans staying up late to watch the team on the West Coast, they were treated to an unexpectedly exciting game out in Portland, with the only downside being Philadelphia ended up on the short end of the result. With 19 seconds left in regulation, Robert Covington unnecessarily fouled CJ McCollum (with McCollum sinking both free throws), putting the Sixers down 2. Covington would make up for it though by tipping in a missed Gerald Henderson shot at the buzzer to send the game to overtime. Bonus basketball! Your sleep was already messed up for the night anyway.

And we're heading to overtime! pic.twitter.com/WCQbkc127B

Unfortunately, the Blazers pulled away in the extra session, as Jusuf Nurkic scored the first 7 points of overtime for Portland. The Bosnian Beast caused havoc for the Sixers big men all game long, finishing with 28 points, 20 rebounds (7 offensive), 8 assists, 6 blocks, and 2 steals. Jahlil Okafor had a solid offensive game, tallying 16 points and 8 rebounds of his own, and it’s unfair that he was thrown right back out there for big minutes (29 in total) coming off missing games with a sore knee. Still, Nurkic’s absurd stat line is Exhibit 14, subheading 5 in the chapter of Okafor’s scouting book, entitled ‘offers no interior defense whatsoever’.

Carrying the heavy lifting for Philadelphia were the usual suspects at the two forward positions. Dario Saric has emerged in recent weeks as the emotional leader of the team, and had one of the best games of his young NBA career with 28 points, 9 rebounds, and 2 steals. Saric finally had his outside shot working, hitting 4-7 from three, which brought out the finger guns (a little nod to old Westerns on the West Coast trip). Saric got big points for the Sixers in crunch time, was the catalyst of the team’s 9-0 run in the second half to get back in the game, and even played some center. The man is doing it all right now. Bovada is right to have the Homie as the Rookie of the Year favorite, Malcolm Brogdon’s efficiency be damned.

Meanwhile, Robert Covington had a game himself, recording 24 points, knocking down 4 threes of his own on 8 attempts, and grabbing 13 rebounds. It was the 6th game of the season Covington rolled out of bed for an Okafor (that’s a 20 & 10 game for those of you not involved with Sixers twitter inside jokes). Dumb foul in the closing seconds aside, Rock was great defensively once again, and keeps adding a little more each night to his offensive repertoire. His three-point percentage continues to climb, now up to 33.7% on the season after his awful start. The Northern Liberties resident is going to be able to have any warehouse-converted loft he wants when his next contract rolls around.

Having lost three straight, the Sixers are now below Orlando for the 4th-worst record in the league. With the Kings losing 6 straight of their own, Philadelphia’s hoard of lottery balls continues to grow. They’ll next take on the Clippers in a Saturday matinee.