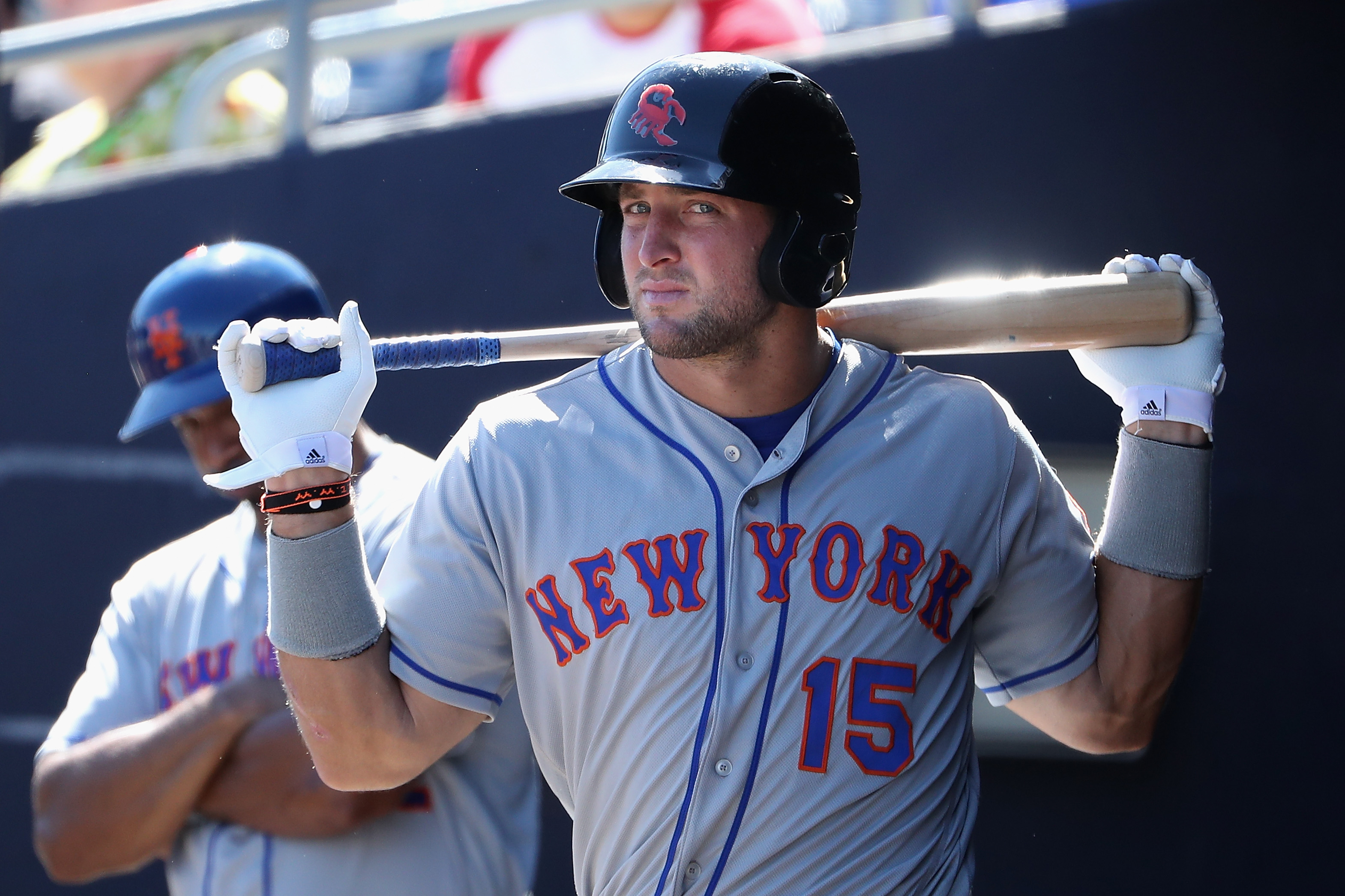 A Colorado woman claiming to be in a relationship with Tim Tebow was arrested last month by Port St. Lucie police for trespassing at the spring training complex of the New York Mets.

According to a copy of the police report obtained by the New York Daily News, Michelle Marie Thompson, 36, of Arvada, Colo. told officers she was in a “romantic” and “matrimonial” relationship with the former Heisman Trophy winner and had a small sticker on the back of her driver’s license that read “I (heart symbol) Jesus/Tim Tebow.”

She also claimed to be living with the former NFL quarterback and provided officers with Tebow’s Jacksonville address.

Thompson was issued a trespass warning on Feb. 26 by police after she was seen hanging around the complex early that morning and asking about Tebow. But Thompson ignored the warning and returned two days later to First Data Field where she was arrested and charged for trespassing.

Tebow is a minor-league outfield prospect for the Mets.