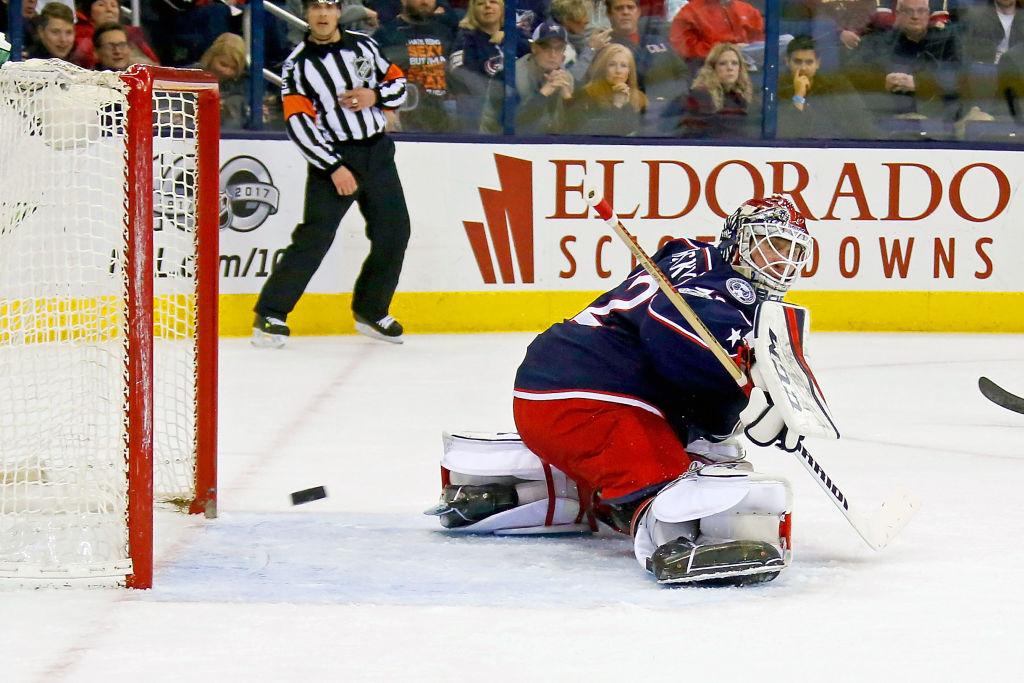 Trying to figure out which Blue Jackets team that was going to show up tonight was a tough proposition. On a night in and night out basis the team has done quite well for itself but they’ve lacked consistency for most of 2017. Tonight in their 4-3 win against the Buffalo Sabres, they weren’t consistent within the game but they were able to eek out a win.

Let’s talk about why that is so dang important.

I’ve said in this space before that David Savard is playing at a level that is really hard to discuss in a non-hyperbolic way. He is playing really well and he is playing so well that it is tough to evaluate him. He hasn’t put up a season this solid in shot differential during his entire career. Mind you he is also doing this with possession blackhole Jack Johnson. Both have been great this year though.

It could be that some good coaching has finally set him straight. He seems to have better awareness while pinching in the offensive zone. At times it was too tentative and it skewed his offense in a very impactful way. Now that the team has more of a rhythm to it, Savard seems to be one of the cornerstones of the strong play.

Where would they be without him?

Similarly to Savard, Werenski is having an absolutely revelatory season. He passed Rick Nash tonight in rookie points and set a franchise record. He is doing this as a defensemen no less. It is hard to wrap your head around it. He conducts a lot of the offense on the power play and as he continues to pile up points, it shows no signs of stopping. The team has sixteen games remaining and they can still make a huge impact on the record book. Both individually and as a team.

Werenski can keep piling up points and by doing so, it is going to make him tough to ignore during the Calder race. His point totals are approaching a level that few defensemen have hit in their rookie years. The sky is truly the limit for him. Sit back and enjoy the ride, the Jackets are going to go where Werenski takes them.

One of the best pick ups of this past off-season, Gagner has his groove back. Mind you he was still putting up points while in his “slump”, the goals are now starting to come in bunches. That is a good sign for him. He is now on the second power play unit and is thriving in his role. Making the most of it tonight courtesy of a great pass from Seth Jones.

His play will get even more interesting to monitor come playoff time as he has not seen much of that in his time with the league. Is he going to continue to be the streak player or his just now finding his stride that will last the next couple of months. The Jackets have to hope that he keeps up his scoring in a depth role.