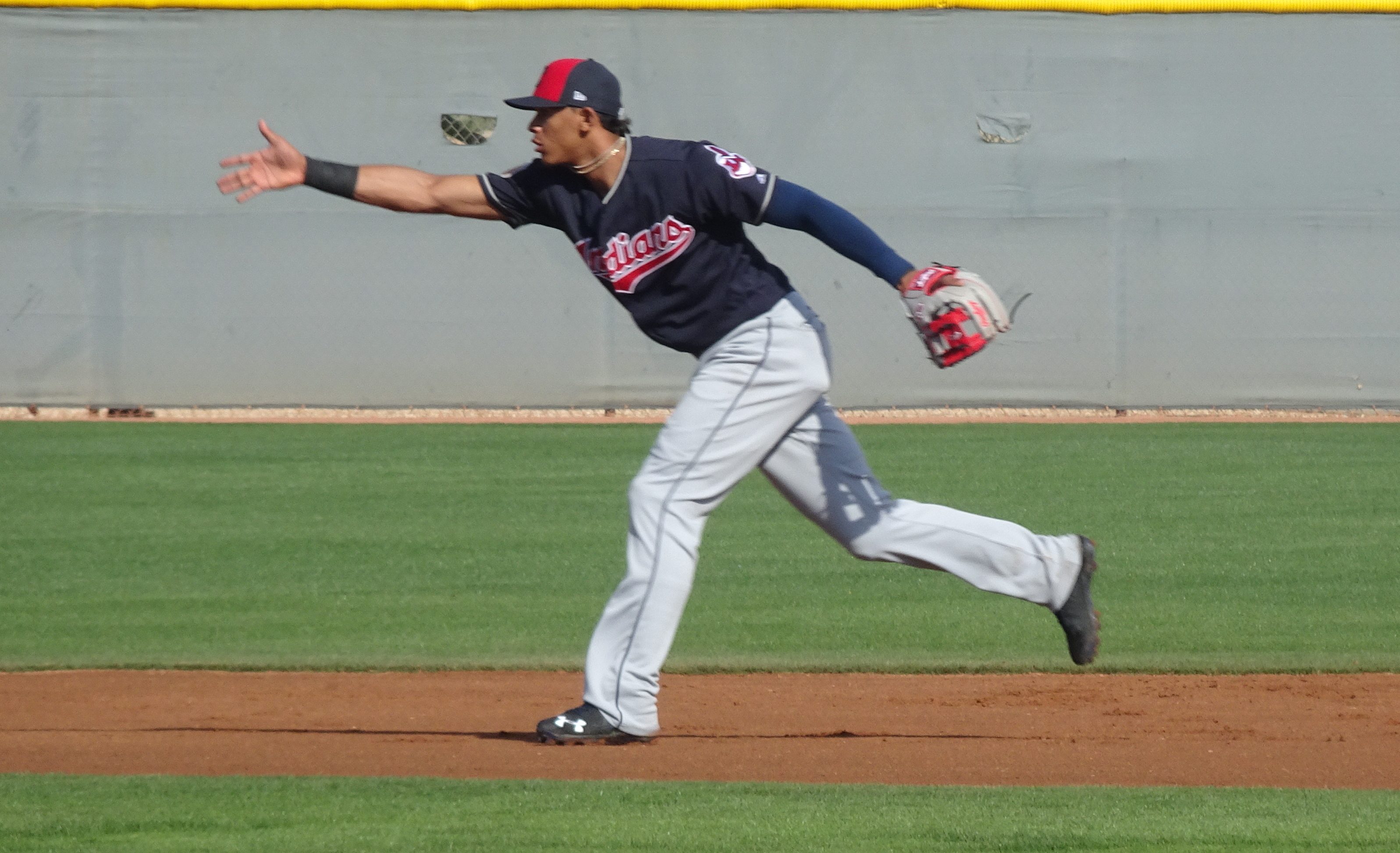 After two full weeks of Spring Training for the Tribe, the focus remains solidly on the injury front and for once, there is some good news. However, to get the bad out of the way first, Cody Anderson had some elbow pain early this week and has been shut down for the time being and got an MRI late in the week. At the moment, the injury and return time table is unknown.

On the healthy front, Tyler Naquin did not break his foot when he fouled a ball off it early in the week and returned to the field on March 9th. That game also saw the first games for Austin Jackson and Jason Kipnis. All three formerly injured players had hits in the game including home runs by Naquin and Jackson. Despite the missed time, it’s looking right now like all three will be ready for opening day.

Whether Jackson is needed then, however, will depend on another player dealing with an injury, Michael Brantley. Brantley has continued taking batting practice and has yet to have a set back, but has not played in an actual game. He did play in a simulated game on Friday and was successful. While he still has plenty of time to get ready, it’s entirely possible he could begin the season on the DL for at least a week or so if he gets a really late start with Jackson being the obvious replacement.

Naquin stretches prior to a Spring Training game against San Diego. – Jennifer Coblitz

A secondary facet of this week in Spring Training was that players have vacated their home teams for their home countries to play in the World Baseball Classic. For the Indians, the biggest losses are Francisco Lindor and Roberto Perez for Puerto Rico, Carlos Santana for the Dominican Republic and Andrew Miller for the US. While some see this as a detriment, there is a very positive factor as it allows more players to get more at bats/innings during Spring. For example, if the Indians were all in Goodyear, chances are Santana or Edwin Encarnacion would be playing most of the innings at first so both could prepare at the position. Now, however, Santana is getting his time in playing in Miami and Chris Colabello is doing the same playing for team Italy. This will allow the Indians to see more of Nellie Rodriguez and other future first base options that would otherwise be buried.

Lindor being away from camp could also be a positive factor in this way. While he will likely play at least 150 games in the regular season, the Indians will still need someone else who can back him up at short to give him rest and in case of emergency. With Lindor gone, Erik Gonzalez, Eric Stamets, Ronny Rodriguez, Michael Martinez and maybe even Jose Ramirez will get some time in to make sure someone on the 25 man roster can play the position.

In particular, Gonzalez, Rodriguez and Martinez have been named as possibles for the Indians final bench spot and there has been some separation in that race, at least as far as my personal observations are concerned. Rodriguez, who was a surprise to many just by being included among the others (just as Yandy Diaz was a surprise not to be), has played incredibly poorly in his many opportunities. Offensively, he has walked just once in 23 plate appearances, struck out 10 times and hit safely three times (two doubles). On the bases, he was caught stealing in his only attempt and in the field he has been a disaster at second. Kipnis’ injury has allowed him plenty of looks at the position and he literally could not have presented himself any worse.

Gonzalez is right in the middle, although he’ll have to play at his highest possible level to make the team as Terry Francona has always shown a strong preference to veterans over rookies, especially when this particular rookie has a minor league option left. He’s hit decently with a little power, but has also been unable to walk regularly, something not generally difficult to do considering the wildness of most pitchers this early in Spring. His defense has been smoother than Rodriguez and the fact that his primary position is short stop with plenty of experience at third should give him advantage over his fellow 2016 Columbus Clipper.

Of course, this leaves Martinez as the leading candidate and, given the Indians’ proclivities in recent seasons, it’s becoming more and more apparent that he will be the one to leave Goodyear with the team. He’s hit for a surprising amount of power, both in BP and in games, slugging .708 so far. That is likely a factor of the small park, the weather and a small sample size, but all the other players have the same situation. He hasn’t walked or struck out yet, but has hit the ball hard and is yet to commit an error in 30 chances across nine games. The fact that he’s been in the role before will certainly help him as Francona has always been filled with trepidation considering turning a full time minor leaguer into a part time Major Leaguer.

Coming up next week there will be baseball coming from every angle. Tyler Krieger and team Israel have already advanced to round 2 in Tokyo in the WBC while the Indians on teams Puerto Rico, USA, Italy, Dominican Republic and Colombia are still in the first round. In Goodyear, the Indians have a full slate of seven games with no off days, playing seven different teams. In addition, the Indians will split off half the team (this is beginning to sound like the George Carlin bit “A Place for Your Stuff”) as a squad will head to Texas for two games at the Alamodome in San Antonio on March 17th and 18th. After this diaspora, there will be a big return back to Goodyear, at least by March 23rd, as the WBC will end on March 22nd. Because of this extreme displacement of players, it makes sense that the Indians haven’t announced any cuts yet and they may continue waiting longer than usual to make sure they have enough players to cover each game.