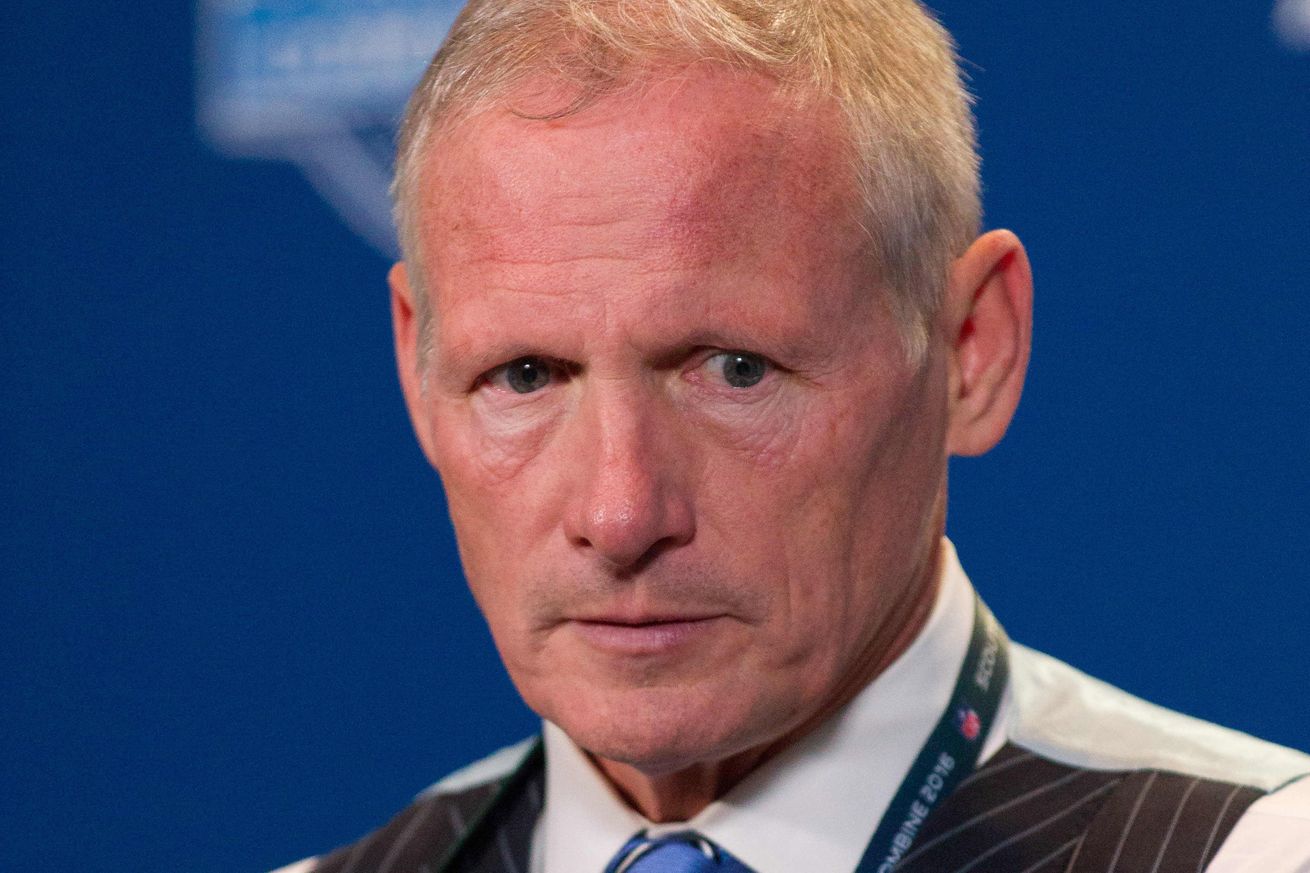 Mike Mayock is not qualified to be general manager of the Washington Redskins.

There! Hog Heaven said it. We can exhale now.

You never know where these rumors come from, but the premise is horse manure.

Mike Mayock story is a trial balloon to guage fan reaction. Better to promote from within with skills in scouting or contracts #Redskins

We looked at the careers of NFL GMs several years ago; they followed a distinct path.

Successful GMs grew out of the NFL scouting or administrative ranks. Scouts honed their skills assessing talent with specific fits to schemes at the pro level. It is a plus if they’ve done it with several teams and schemes, for that gave then wider vision and more occasion to sell their ideas to coaches and GMs.

The administrative path often took candidates through law school and from there to negotiating player contracts with an eye to managing salary cap hits and deep knowledge of the Collective Bargaining Agreement (CBA).

The contract guys were a bit less mobile than scouts, but many of them spent time in the league office where they came to the attention of clubs looking for football executives.

Coaching does not hone the skills to be a general manager. Neither does broadcasting. Matt Millan is the most cited example of a broadcaster to failed GM. Millan’s failure were more personal than because of his broadcasting background. His lack of real scouting or contract skills left him clueless to his jeopardy.

Mayock is a credible TV analyst. Credibility is his best asset, having more of it than anyone at Redskins Park. But, He hasn’t analyzed anything for a single NFL team. He also has the benefit of background briefings from contacts in NFL circles that he shares with his audience. He is informative, but his viewers cannot tell where his native assessments end and those deep background feeds begin. It wasn’t important to know until somebody in Ashburn floated his name.

The Redskins are not in crises mode, but they do have to placate paying customers upset that the ‘Skins dismissed Scot.

The Redskins broke the commitment to their fans that McCloughan would be their talent czar with final say on the roster. The back story won’t emerge for years. We assume Scot is still paid by the team and obliged to a confidentiality agreement.

Pieces of the stories are out there. The latest is that Scot wanted to trade QB Kirk Cousins last Spring.

My right brain says that does not jibe with anything we heard before. My left brain says those unsettling rumors about Kirk to ‘Frisco and Romo to DC came from somewhere. Could it have been Scot?

At the end of The Dark Knight, Lt. Gordon tells his son that Batman is the hero Gotham deserves, but not the hero it needs.

The Redskins deserve a GM with skills. Mike Mayock is not the GM the Redskins need.

Mayock: ‘No official contact’ by Redskins about GM job, NFL.com