Devonta Freeman shouldn't demand a trade from the Falcons 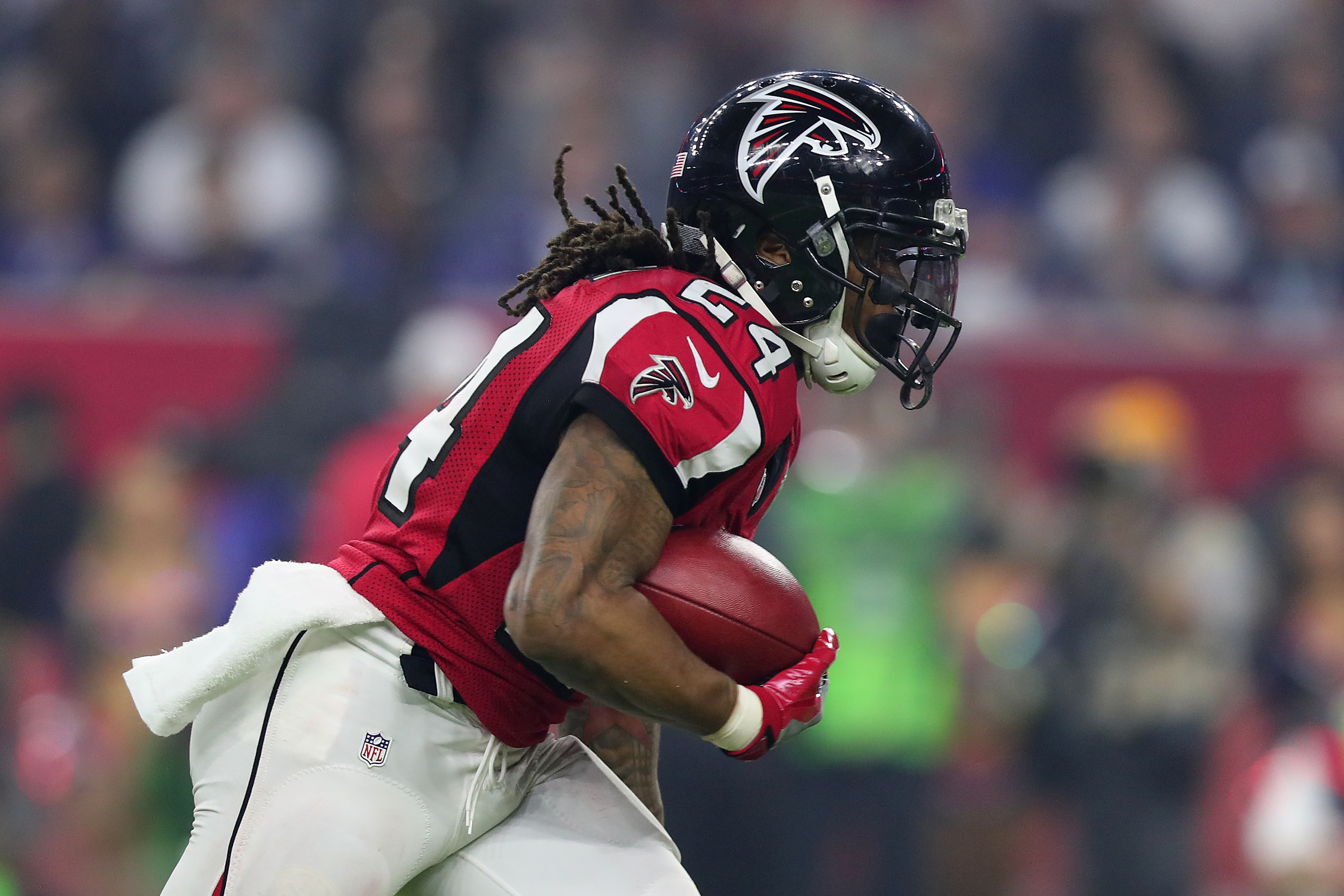 Devonta Freeman shouldn't demand a trade from the Falcons

The Atlanta Falcons have one of the best running back duos in the NFL in large part thanks to Devonta Freeman.

Freeman, who is set to become a free agent after the 2017 season, has been the subject of constant trade speculation.

Freeman himself put an end to this recently, according to Vaughn McClure of ESPN.com:

“This is coming out of my mouth: I definitely know I’m going to be playing for the Atlanta Falcons,” Freeman said. “This is the team I want to play for. I’m almost 100 percent for sure business will be taken care of because we’re all in this thing to win and have success.”

Remember, though, this is a major change of course for Freeman, whose agent decided to come out before the week of the Super Bowl and demand his client gets a bigger contract, according to Michael Silver of NFL.com:

“It’s time for the Falcons to pay him like the elite back he is,” Freeman’s agent, Kristin Campbell, told NFL.com. “I expect them to make him a priority this offseason, as he’s been an integral part of the dynamic offense that has gotten them to the Super Bowl.”

It’s an important change of course for Freeman for a few reasons. For one, the Falcons won’t trade him. Two, Freeman holding out or having a down year would only hurt the money he can make on his next deal.

And he’s due for a big one—Freeman has rushed for more than 3,000 yards so far despite playing in a committee. He’s one of the league’s best young backs and another monster season will only inflate his next contract if he can get to the market and create a bidding war.

Patience is key for Freeman, who needs Atlanta’s high-flying passing attack to once again help him post major numbers.