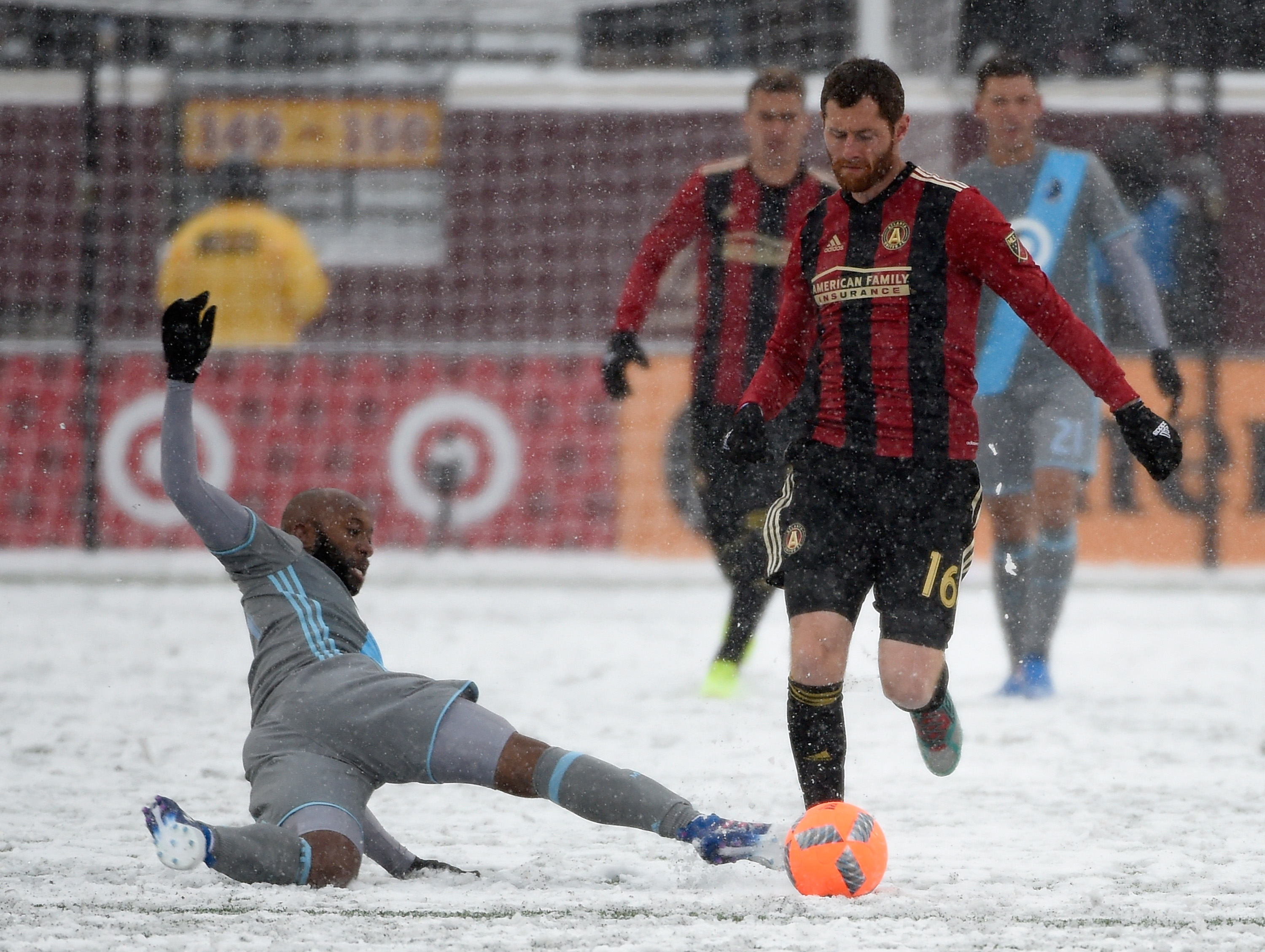 Major League Soccer enters its second week of competition with a full slate of matches having been played on Saturday and Sunday.  With some teams continuing to impress and others underperforming, here are the five things that stood out in the second week of MLS play.

This Chicago team is not the Fire of 2016

After having the worst record in MLS last season, the Fire have nowhere to go but up.  Having one quality player on the roster in 2016 (forward David Accam), Chicago set out to rebuilt a franchise that have failed to make the playoffs since 2013. Concentrating on their midfield, they acquired Dax McCarty from the New York Red Bulls and Juninho on loan from Tijuana in La Liga MX.

In their first two matches of the new MLS season, they’ve earned four points after defeating a tough Real Salt Lake squad at home for the first time since 2009.  Ceding just a lone goal in both matches, the Fire might not qualify for the playoffs just yet, but they will be competitive and fun to watch, at least when the temperature passes Saturday’s high of 28 degrees in Toyota Park.

After opening at home and ceding 13 shots to a lackluster Vancouver team. their defense was again exposed by the Philadelphia Union. While the score line was as much a result of poor officiating as from anything Toronto generated, the front line of the Union had little trouble creating scoring opportunities, and were unlucky when their first-half penalty kick hit the top crossbar and bounced back out onto the pitch.

With a back line that is suspect at best, an aging Michael Bradley in the midfield and an injured Sebastian Giovinco up front, Toronto seem to lack the depth to repeat their playoff successes of 2016.

With Tim Howard in goal and manager Pablo Mastroeni calling the shots, it comes as no surprise that the Rapids have a stout defense. But after two games producing a total of three shots on goal, Colorado will need a lot more firepower if they intend to qualify for the playoffs in the tough Western Conference of MLS. While it’s still early in the season, a dearth of shots on goal cannot be ignored for very long if postseason play is in the cards for the Rapids.

As Dempsey goes, so do the Sounders

After a long layoff due to heart issues, midfielder Clint Dempsey was given the medical go-ahead to resume his MLS career. Whether he can return to his original form at the age of 34 remains to be seen, but Seattle have included him as an integral part of the team in terms of the shape they maintain on the pitch.

The result? Two games played, and only one point for the Sounders. While there is more than one factor contributing to their slow start this season, having a more active midfield in Seattle is a must if Seattle is to repeat the success they had in 2016.

Finishing last in the Western Conference and 19th in MLS overall last season. no one would argue that the Dynamo had a lot of work to do if they were to improve their level of play in 2017.  After their first two games, Houston find itself with six points and the top of the table in their conference. New head coach Wilmer Cabrera has made some much-needed changes. acquiring A.J. DeLaGarza and Leonardo from the L.A. Galaxy to strengthen a previously-porous defense.

Up front, 24-year-old Mexican striker Erick Torres has become a permanent fixture after two years on loan to Guadalajara and Cruz Azul. Along with Hondurans Romell Quioto and Alberth Elis. the Dynamo now have the offensive prowess that has been missing in recent seasons.  Along with a veteran midfield led by Ricardo Clark and Alex, look for the Dynamo to exceed expectations and qualify for the playoffs in 2017.