Isaiah Crowell is a smart gamble for teams despite restricted status 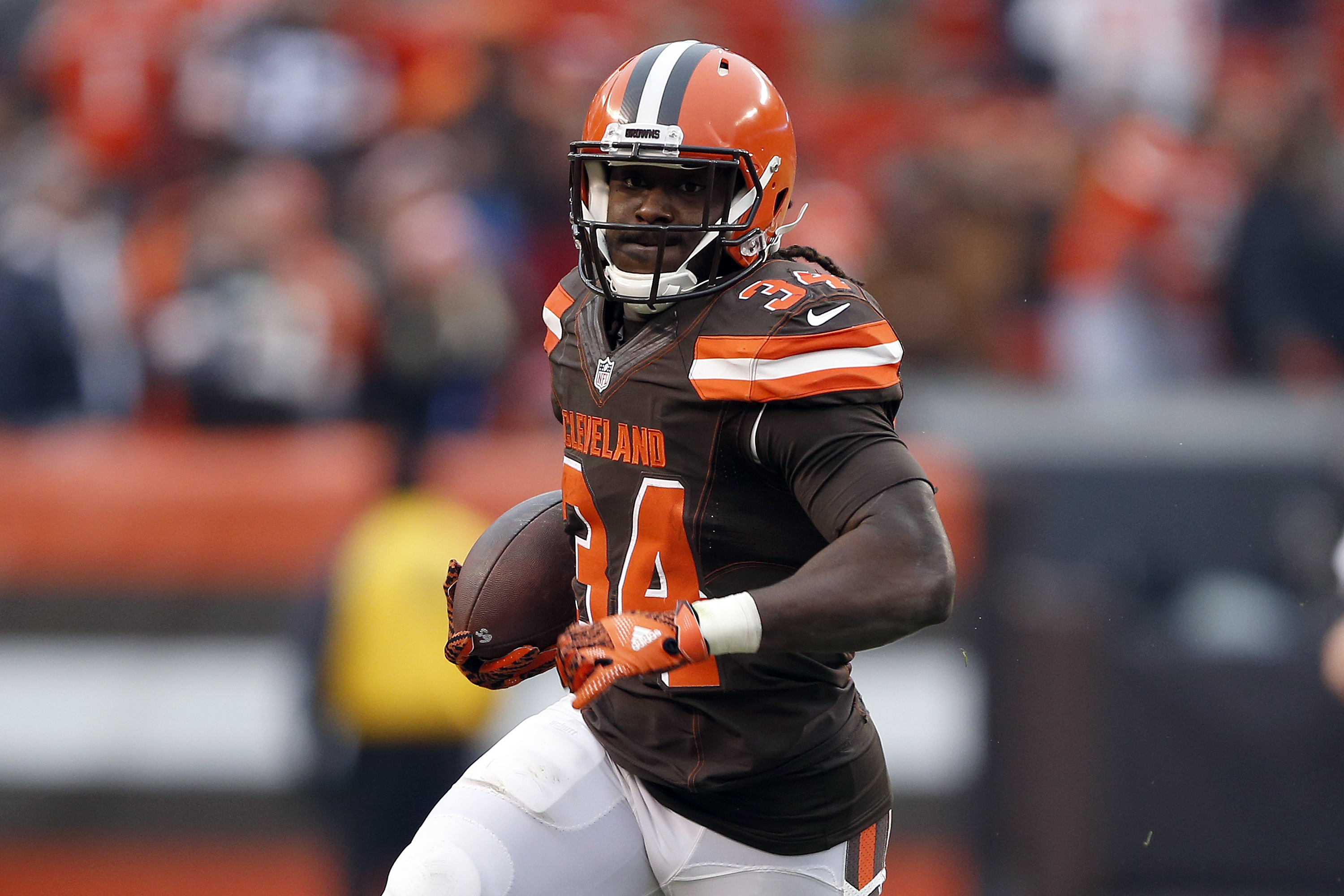 Isaiah Crowell is a smart gamble for teams despite restricted status

Cleveland Browns running back Isaiah Crowell isn’t the biggest name in the NFL by any means, but the team thought enough of him to slap a second-round tender on him.

Cleveland.com’s Mary Kay Cabot revealed a few teams have flirted with the idea:

Crowell is certainly worth the asking price. At all of 24 years old, he rushed for 952 yards and seven touchdowns last year on a 4.8 per-carry average. Ian Rapoport of NFL Network had reported back in June the Browns and Crowell had hit a stalemate: “Browns were in heavy talks on a deal for Isaiah Crowell this season, source said, but a stalemate now. Can a meeting next week solve it?

A team willing to give up a draft pick to grab Crowell, then sign him to an extension, says a lot. Keep in mind the free-agent market includes names such as Adrian Peterson and Jamaal Charles.

Running back as a whole is a down position, but teams having an interest in Crowell despite free agency and another deep draft should be a signal to the Browns—he’s worth keeping at the price he wants.

Moving forward, Crowell could be a key piece in helping a rookie quarterback along. That is, unless another team agrees he’s worth the price and pays up.