Let's play, "How much is Marcus Smart worth?" 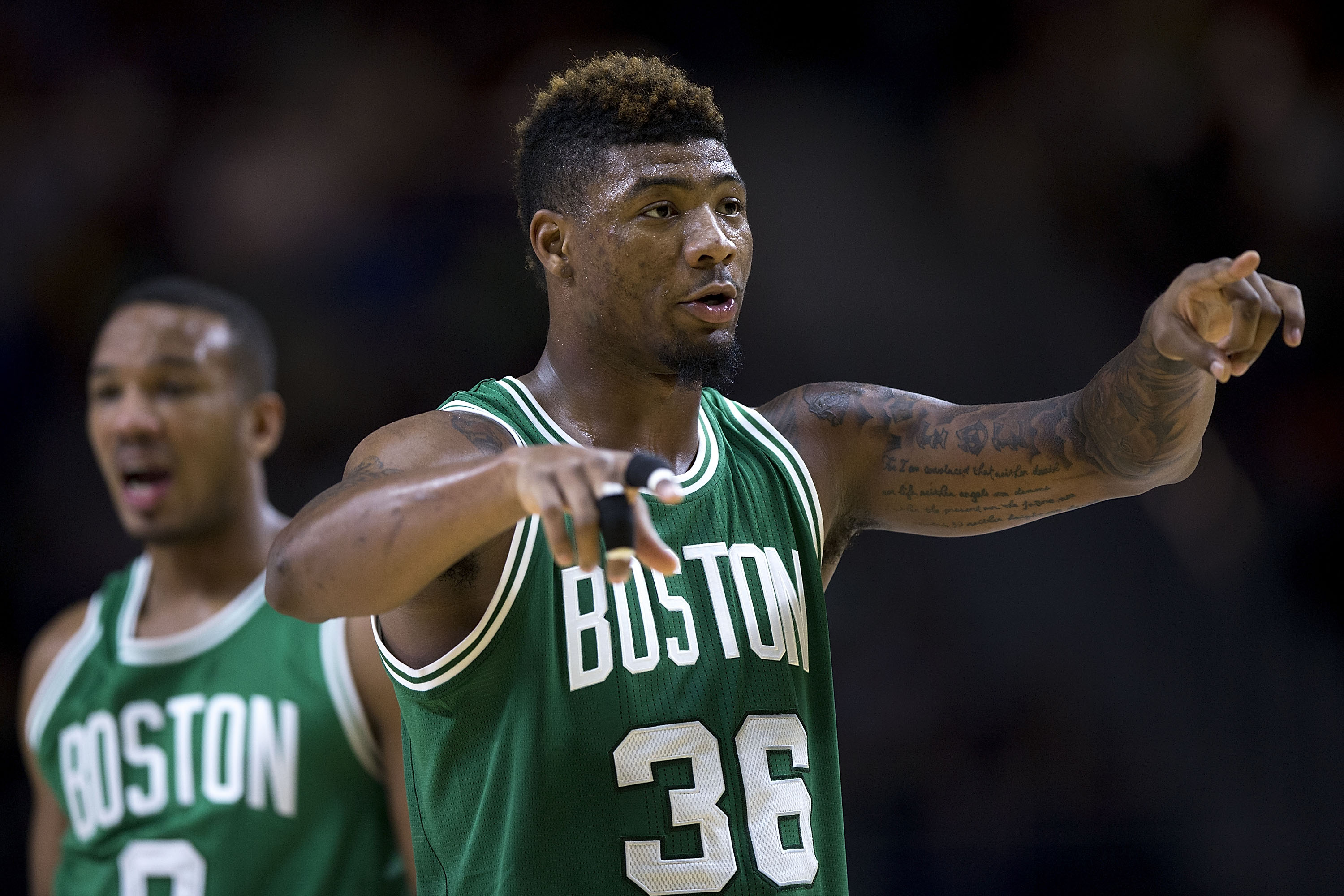 Let's play, "How much is Marcus Smart worth?"

Keith Smith of Real GM took a shot at predicting the contract extensions for the 2014 draft class. Here are his thoughts on Marcus Smart:

6. Marcus Smart – Boston Celtics: In his third year, Smart is still primarily a backup, but he’s turned into somewhat of a “super sub” for Boston. He plays 1-3 on a regular basis, plays starter level minutes and continues to be one of the best defensive players in the league. The Celtics love everything he brings and he’s a big part of the scrappy, tough culture that Boston has built under Brad Stevens. His continued development as a point guard and improved shooting help a lot as well.

Extension Prediction: Four years/$80 million. The Celtics signed Avery Bradley to a deal that many considered an overpayment when he was a free agent and they similarly re-signed Jae Crowder as well in 2015. Smart is beloved by the coaching staff and front office and they’ll pay to keep him around, especially with some uncertainty around the guard position given Isaiah Thomas and Bradley’s impending free agency in 2018.

Wow. $20 million per for Marcus? I just can’t imagine the Celtics forking over that amount of cash next summer, especially when they don’t have to.

Smart’s tough-nosed style is certainly beloved by teammates, coaches and everyone else (Boston talk radio excluded). But his offense remains a major question mark.

Most of my twitter followers  rejected these contract terms. Renowned Celtics capologist Ryan Bernardoni sees it playing out this way:

I think that's the contract he gets if he plays really well next year and takes it to free agency. I highly doubt it as an extension.

It’s a hard situation to predict because the Celtics roster remains a work in progress. But I just don’t see Danny Ainge dropping $80 million in Smart’s lap.

Marcus will play out his deal ($4 million in 2017-18) The Celtics will probably make the $6 million QO and let the market dictate Smart’s value. If it’s palatable, they’ll match.