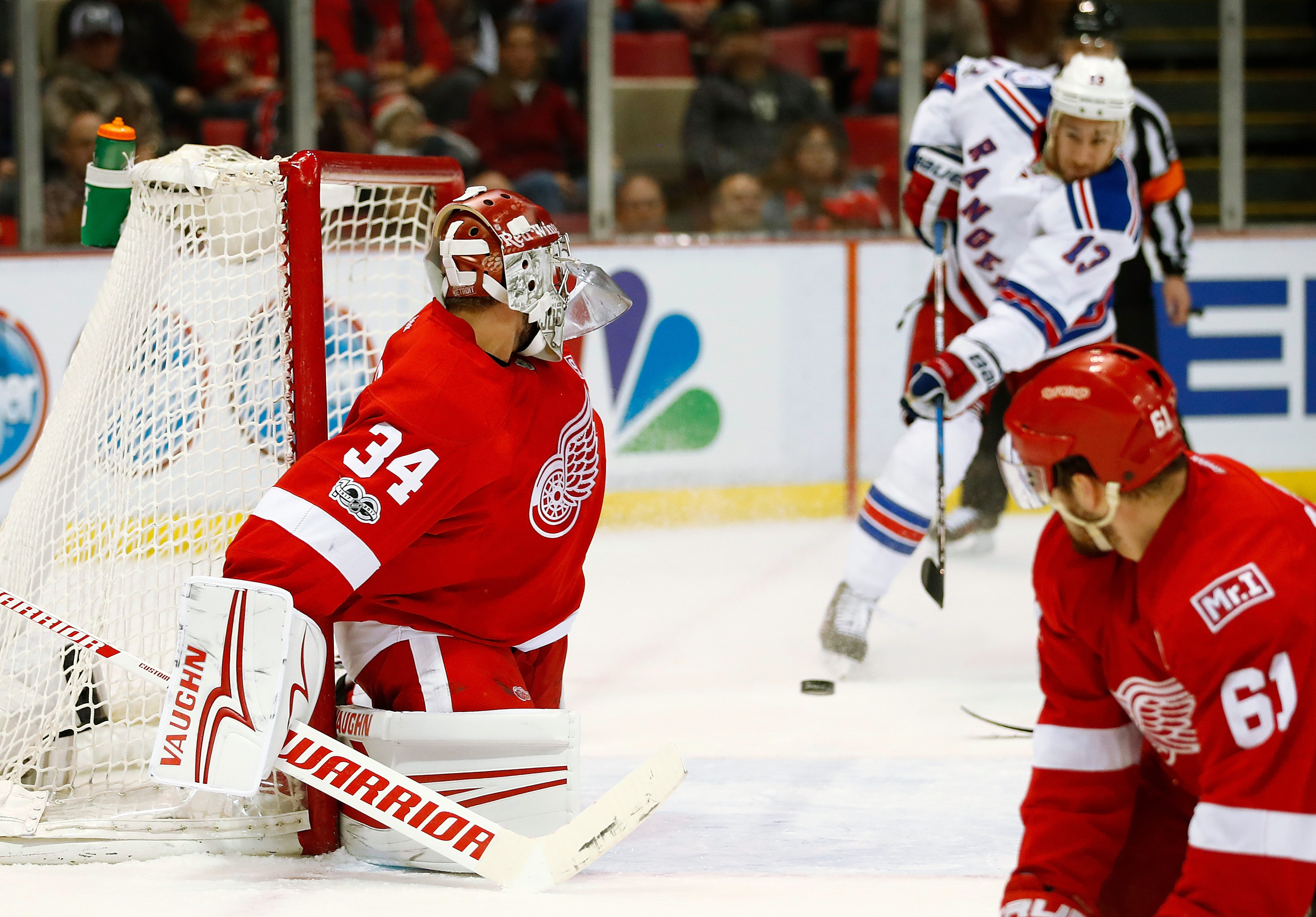 Salute to our Captain on his second career two goal game with a Captain and Ginger.

I usually try to reserve the “Gif of the Game” for a Rangers player, but…

Two McDonagh goals right on the doorstep? Just like AV drew it up.

With his two goals tonight, McDonagh is now just five points away from tying his career high (43) with 13 games to play.

While no one will mistake him for Erik Karlsson, you’ve got to be impressed with McDonagh taking on the offensive burden this year after the Rangers walked away from both Yandle and Boyle this past offseason. While Skjei has been a pleasant surprise, McD’s return to prominence after a few sub par seasons (for him anyway) is a big reason the Rangers have so far surpassed expectations this season.

Stepan Scores…No Seriously He Really Did

I can’t even imagine the weight that was lifted off Stepan’s shoulders when that puck hit the back of the net. You can totally see it on his face…

While I hate to get rid of my Sesame Street number of the day clips, let’s hope this goal starts a nice little run for Step.

Another solid game for Tanner as he finished with six hits in 11:05 of playing time, including a few that created turnovers in the offensive end…

I was surprised to see Glass’ 5-on-5 Corsi For at just 33% as his line seemed to have a lot of offensive zone time. The Red Wings did dominate shot attempts late as the Rangers were in a defensive shell attempting to bleed the clock, so his final numbers may have been skewed a bit.

Bottom line is that he’s had a positive impact in every game since being recalled, which AV deserves a lot of credit for.

While I may have mushed Lundqvist, my point that the Rangers wouldn’t lose much if he went down with an injury held true tonight as Raanta, who was not tested often, came up big when he had to…

It’s not too often you lose a generational talent like Lundqvist to injury and barely skip a beat. And now the Rangers have done it twice. Someone get Benoit Allaire a raise, please.

While you’d like to have seen the Rangers sweep this road trip against four patsies, I’m not going to complain about a 3-1-0 record as the Blueshirts continued their dominance on the road.

From the opening face-off it was apparent how integral Grabner’s speed is to the Rangers transition game. Sure, the Red Wings were not very good tonight, but the Blueshirts looked faster than they have in recent weeks. It’s also very evident how much space Grabner opens up for Hayes and Miller which allows them to do this…

Heads-up play by Kampfer taking that penalty late in the first period in an attempt to ignite the Rangers offense through their penalty kill.

I have no idea what AV is going to do with the line-up once Fast is healthy, but Vesey seems like a much better fit on the fourth line than Buchnevich does. Unless of course the Rangers head coach decides to stick with Glass while scratching one of his talented rookies.

I’m not sure if it’s been the competition (or lack thereof) or the additions of Smith, Glass and Kampfer (probably a little of both) but over the last week the Rangers have seemed like a much more cohesive unit. They’ve been able to use their speed as well as their grit to generate offense while cutting down on scoring chances against. Minus the third period in Carolina, it’s been a nice little run.

If I must point to one negative recently, it’s been penalties as they’ve allowed 18 power play opportunities against during the four game road trip. While it only cost them the Carolina game, if they played tougher competition it might have been a lot worse.

Right back at it tomorrow night against the Lightning at MSG.