Who is the real favorite to win NBA MVP Award right now? 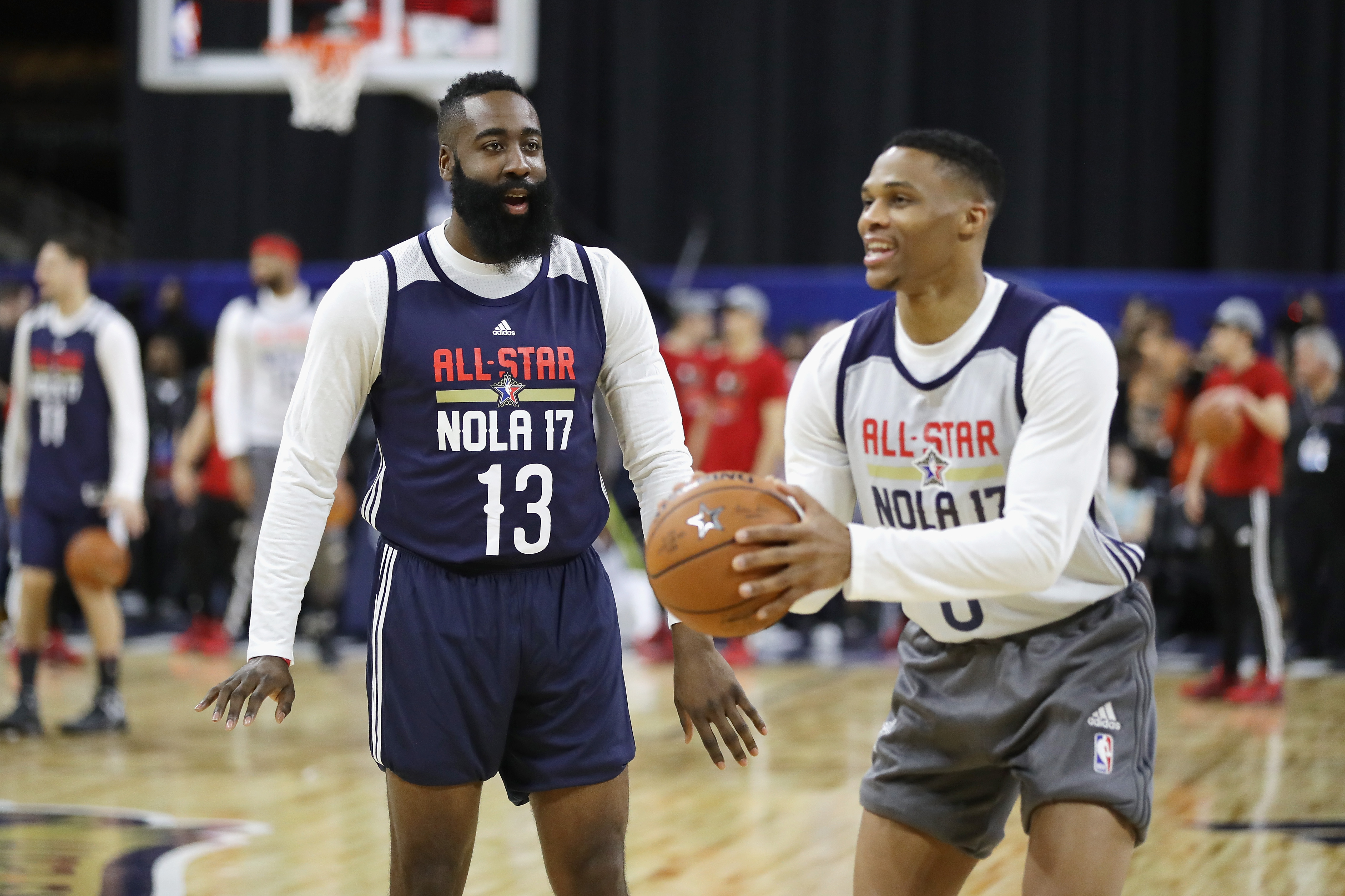 Who is the real favorite to win NBA MVP Award right now?

This year’s MVP race has so many deserving candidates, it’s hard to tell who’s the real favorite. But for the sake of narrowing it down, let’s analyze the top five candidates and pick a favorite.

Our first candidate is none other than Mr. Triple-Double himself, Russell Westbrook. The Oklahoma City Thunder point guard is doing something that’s only been done once before in the history of the NBA; he’s averaging a triple-double (31.9 ppg, 10.1 apg, 10.5 rpg).

The last player to average a triple-double for a whole season was Oscar Robertson in the 1961-62 season. The Big O averaged 30.8 points, 12.5 rebounds and 11.4 assists but didn’t win the MVP. Instead, Bill Russell took home the MVP award after leading the Boston Celtics to the first 60-win season in NBA history.

Much like what happened to Robertson, it’s possible that Westbrook, despite making history, doesn’t win the MVP because of his team’s record. Oklahoma City is in seventh place in the Western Conference and will be lucky to win 50 games by the end of the season.

LeBron James, on the other hand, doesn’t have that problem. His Cleveland Cavaliers are in first place in the Eastern Conference and likely headed back to the Finals. King James’ numbers ain’t bad either with averages of 26.1 points, 8.9 assists and 8.3 rebounds.

But unlike Westbrook, James has had a lot of help this season with All-Star players like Kyrie Irving and Kevin Love, not to mention the role players Cleveland has acquired at his request the past few months. Meanwhile, Westbrook has zero All-Stars on his team, not including himself, and he’s leading the Thunder to wins after the departure of star forward Kevin Durant.

What about Isaiah Thomas? The undersized point guard from the Boston Celtics is averaging 29.2 points per game and closing out victories like only an MVP could. He’s also the only All-Star on his team, and yet the Celtics have the third-best record in the Eastern Conference.

The same goes for Kawhi Leonard, whose San Antonio Spurs have the second-best record in the NBA despite him being the only All-Star. Sure, he’s got Pau Gasol and LaMarcus Aldridge, but nobody is playing as well on both ends of the court as Leonard is right now. Just watch the final moments of last week’s game against the Houston Rockets when he not only drilled the go-ahead 3-pointer to put the Spurs on top but came up with the game-sealing block on the next possession.

Last but not least is James Harden. Switching to point guard this season has really helped the 27-year-old reach his full potential. He’s averaging 29.1 points, 11.2 assists and 7.9 rebounds, which are all career-high numbers for the Rockets guard. On top of that, Harden has played the most minutes of all five candidates and has played in every game this season, which is quite an accomplishment nowadays, especially in Mike D’Antoni’s uptempo offense.

Golden State Warriors point guard Stephen Curry, the reigning two-time MVP, was asked by Dan Patrick whom he would pick for MVP between Harden and Westbrook, and he chose Harden because of Houston’s better record.

“You kind of have to reward the better team, I would think, record-wise,” Curry said (h/t Dan Feldman of NBC Sports). “That’s just kind of going in the history of the MVP award. So, I think James will probably edge him out just off of that.”

For that and all the other reasons, it seems like Harden is the real favorite to win the award. What Westbrook is doing is incredible, but Harden’s individual success has been reflected in Houston’s record. The Rockets own the third-best record in the NBA, this after bringing in a new head coach and overhauling the roster.

There will be differing opinions out there, but for my money Harden has the edge over everyone right now.