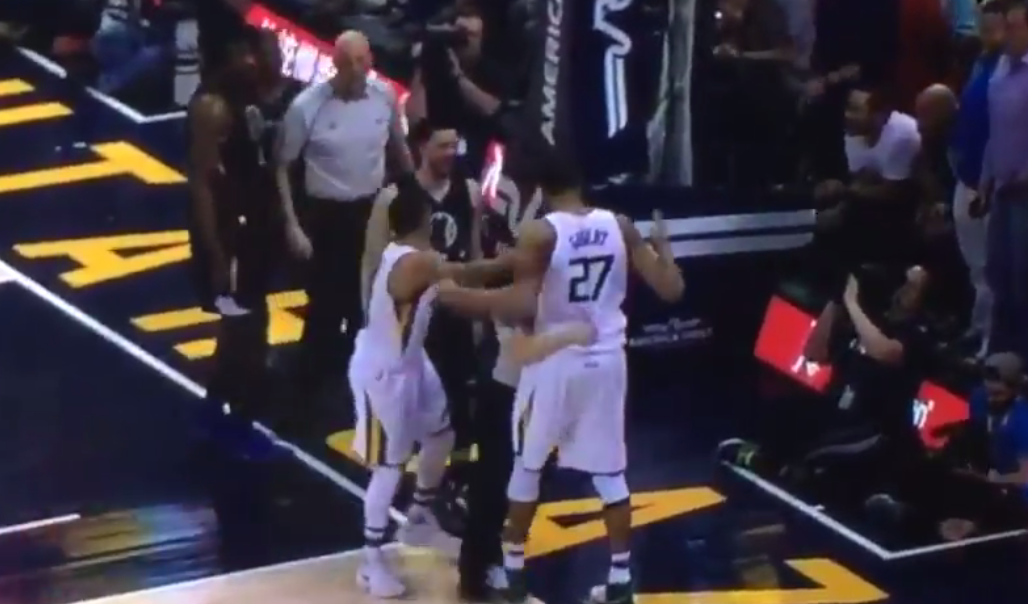 It’s not often that you see Chris Paul pick a fight with an opposing big man.

The six-foot point guard did on Monday night, though, as he was clearly frustrated with Rudy Gobert, for reasons which are unclear right now.

CP3 waited until there was under a minute remaining in the game, and that’s when he targeted Gobert. Joe Johnson had just attempted a three-point field goal, and while the ball was in the air, Paul shoved Gobert in the back. CP3 can’t exactly say he was fighting for the rebound, either, as Johnson drained the shot. There was no rebound, but there was a hard shove, and a skirmish nearly broke out, as Gobert wasn’t really thrilled about the cheap shot he received.

Remember this for when two teams play each other next month Round 1 pic.twitter.com/EEPqBtmm7G

Paul was hit with a technical foul for his actions.