Eddie Lacy is a great fit in Seahawks' offense 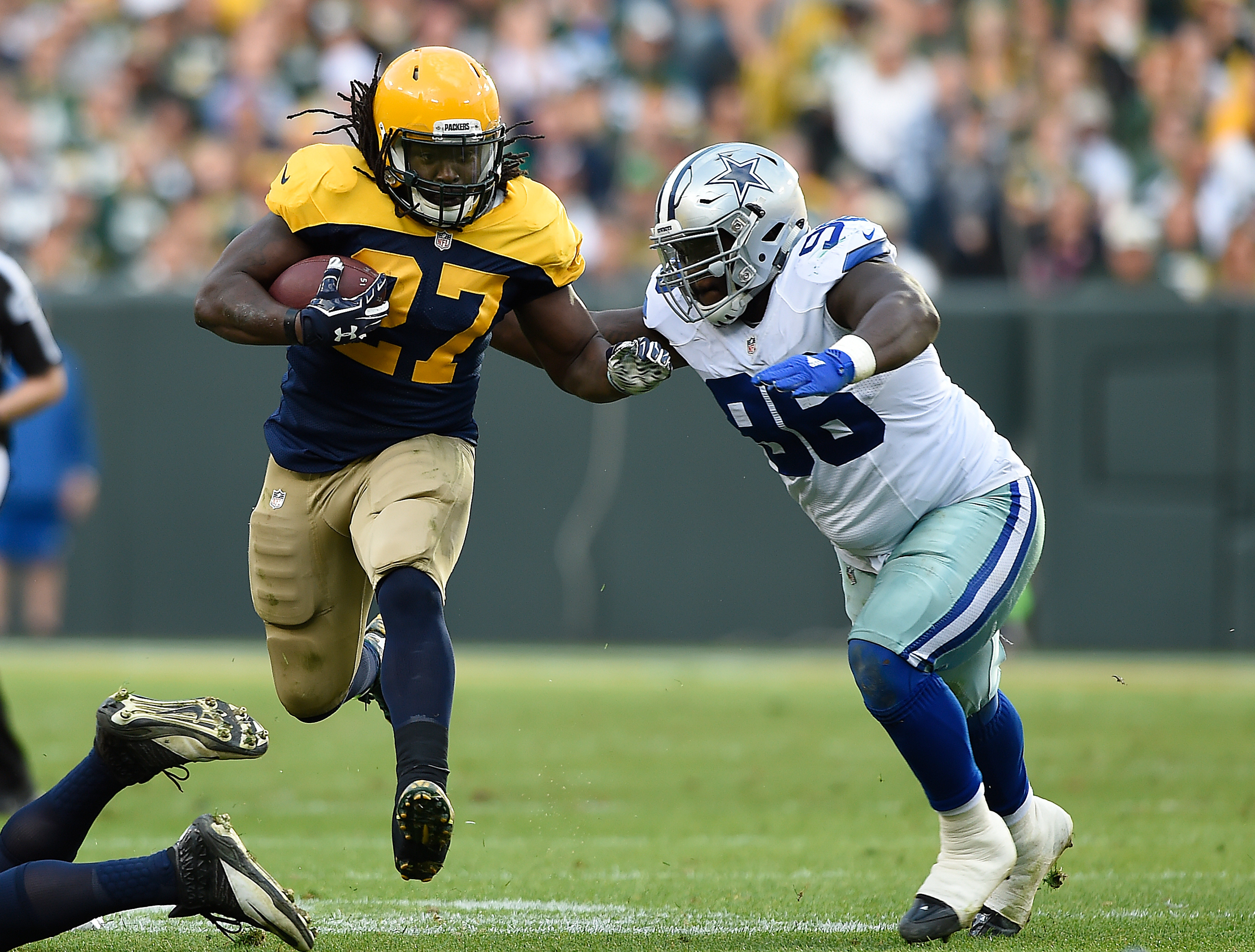 Eddie Lacy is a great fit in Seahawks' offense

Eddie Lacy agreed to a one-year deal with the Seattle Seahawks on Tuesday. The 26-year-old running back started his career with back-to-back 1,000-yards campaigns in a Green Bay Packers uniform, but he finished with just 1,118 yards over his last two seasons while hampered by injuries.

The Seahawks are hoping to get the Lacy of old, and they just might get it on a count of him being a great fit in their offense.

Seattle ranked 25th in rushing offense a year ago with just under 1,600 yards to speak of over the course of 16 games, this after the Seahawks ranked third in rushing the previous year. Thomas Rawls and C.J. Prosise, the team’s lead backs, combined to rush for only 521 yards as both players dealt with injuries.

But with Lacy in Seattle’s backfield, there should be no reason the Seahawks can’t become a top-10 rushing team in 2017. Think about. With Lacy and Rawls handling early downs, and Prosise serving as the team’s third-down back, the Seahawks have the perfect mix of runners for every situation. It’s up to Seattle’s offensive coordinator to put them in a position to make plays.

As for Lacy’s weight problem, it doesn’t sound like it’s going to be an issue. Seahawks coach Pete Carroll said on 710 ESPN Seattle that the team will make “a concerted effort” to make sure that Lacy stays in shape. Carroll also said he wants Lacy “big.” His target weight will be in the 240s, which is good for Lacy and the Seahawks. They get that power back they’ve been missing since Marshawn Lynch and Lacy gets to play at a weight he’s more comfortable with.