Well, it’s time for a theme song that hasn’t shown its face this season. Talk about a nice change of pace for once, and by being a nice change of pace, meaning that we haven’t had to see it. And for both teams it’s appropriate. So here we go, sing along if you want to.

If the Stanley Cup playoffs started today and were simply the best team in the Eastern Conference vs the best team in the Western Conference, well tonight would be that game.  For Minnesota, the past couple of weeks have been up and down. However, it’s been a bit more down than up lately. Then there’s the Washington Capitals. At this point, the Capitals are at risk of losing their spot at the top of the Eastern Conference. Currently, they’re tied at 95 points with the Pittsburgh Penguins and the Columbus Blue Jackets just trail those two star-studded teams by just one point. All three of the teams have played the same number of games at 68, which means they all have games in hand on most of the teams that trail them. Washington currently has the tie breaker on Pittsburgh because they have one more win in those 68 games. The Capitals, who looked like they were going to run away with the Presidents Cup, have allowed their competition to catch up to them. Losing their last four games, has certainly given the teams beneath them the time and ability to catch up. Where the Penguins and Blue Jackets are both sporting a 7-2-1 record in their last ten games, the Capitals are 5-5-0. So not only have they lost their last four games, they haven’t even made it to overtime in the last four losses. The Penguins finally caught up to the Capitals with their shoot out loss in Calgary.

The Minnesota Wild are also 5-5-0 in their last ten games. Unlike Washington, Minnesota has had a more recent win. However, if you’re going to lose, you need to at least try to snag a few points in overtime. Now please, don’t takes this as me trying to say “well they should just play to get into overtime.” Um, no. What I’ve seen of the last few games, I certainly don’t want more of the same. Tonight is the night to finally take a stand and turn this recent slump of sorts around. The line has been drawn in the sand, and it’s time to cross that line. Chicago is playing in Montreal tonight and in Ottawa on Thursday. The Canadiens are 8-2-0 in their last ten games just like the Blackhawks. So they are definitely facing a determined foe. And the Senators, well they’ve won their last 6 games and are also 8-2-0 in their last ten games. The Blackhawks are on a tough road trip of their own. And in fact, I think they have the harder road trip than Minnesota. For the Wild, they need to figure out how to not allow the Washington Capitals into their head. Yes, they have Alexander Ovechkin on their team. He has a way of almost always showing up on the score sheet when playing the Wild. If they can keep him off, they stand a good chance of winning. But it’s not just their captain they have to worry about. There’s also Nicklas Backstrom and Evgeni Kuznetsov to worry about as well. And then if they’re not enough, then there’s T.J. Oshie to watch as well. There better not be a shoot out to contend with.

One player who needs to figure out what’s going on, is Devan Dubnyk. For a good portion of the season, he’s led the league in quite a few of the goaltender stats. Most number of wins, now belongs to Columbus’ Sergei Bobrovsky. The leader in goals-against-average, is tonight’s opposing goalie, Braden Holtby. Save percentage, is now in the possession of Scott Darling, Chicago’s backup. Oh, and shutouts. That belongs to Holtby also, with an impressive eight shutouts. I’m not sure what’s up with Dubnyk. His head just doesn’t seem like it’s in the game all 60 minutes. He gets himself out of position  on a regular basis. Of course his random, ill-timed meandering behind the net is what upsets me most. There are nights when he goes behind the net and he has no business going back there. It also feels like he’s not tracking the puck as well either. This is not the time of the season where you can afford to have a goalie struggling with their game. And it’s not like we can rely on Darcy Kuemper to bail out Dubnyk on a bad night either. My hope, is that just like I need the Wild to take a stand tonight (and on this road trip as a whole), but for Dubnyk to get his head back in the game as well.

Tonight will be a test, that’s for sure. I just hope it’s not a test of pit digging, where they end up digging a deeper hole. 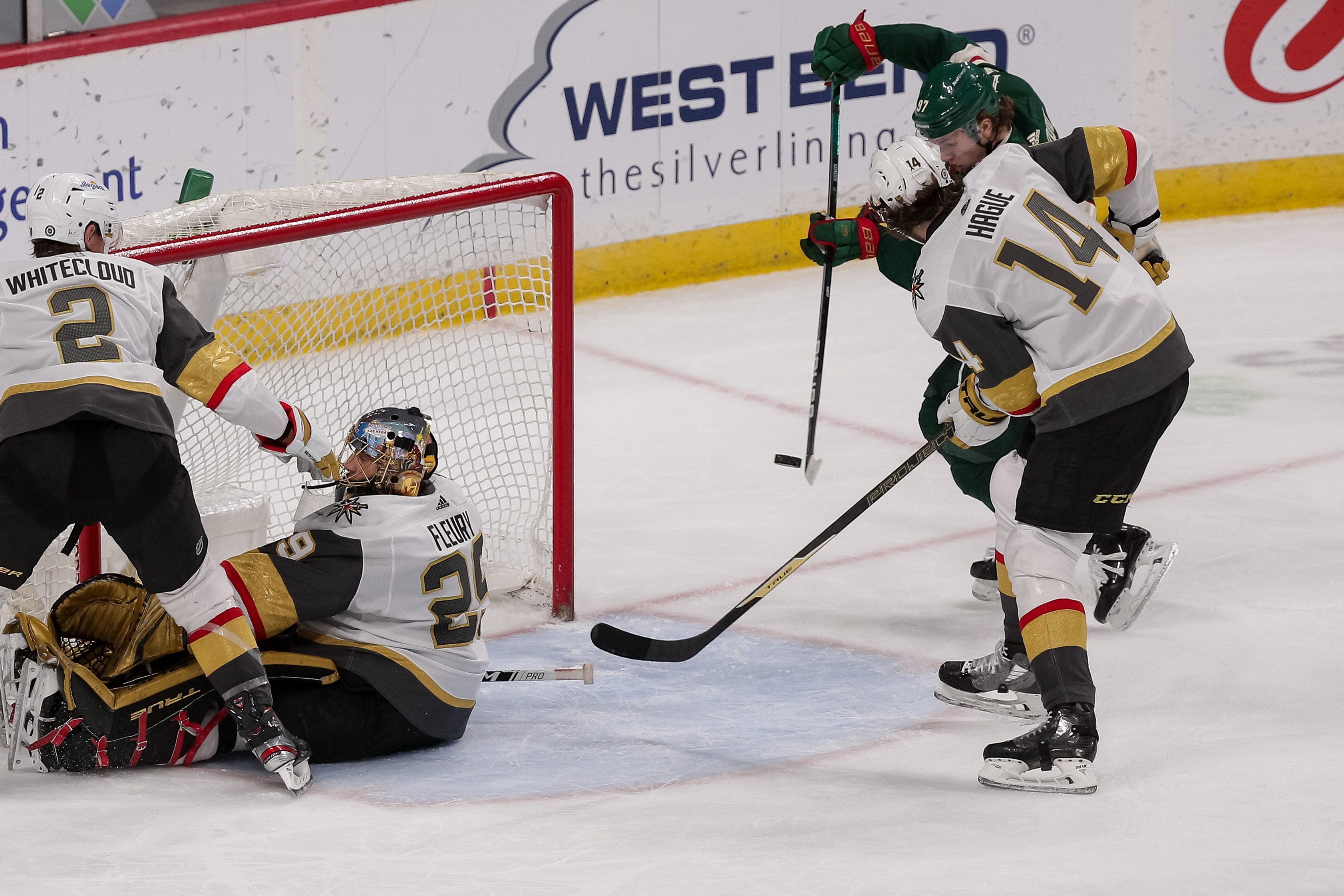