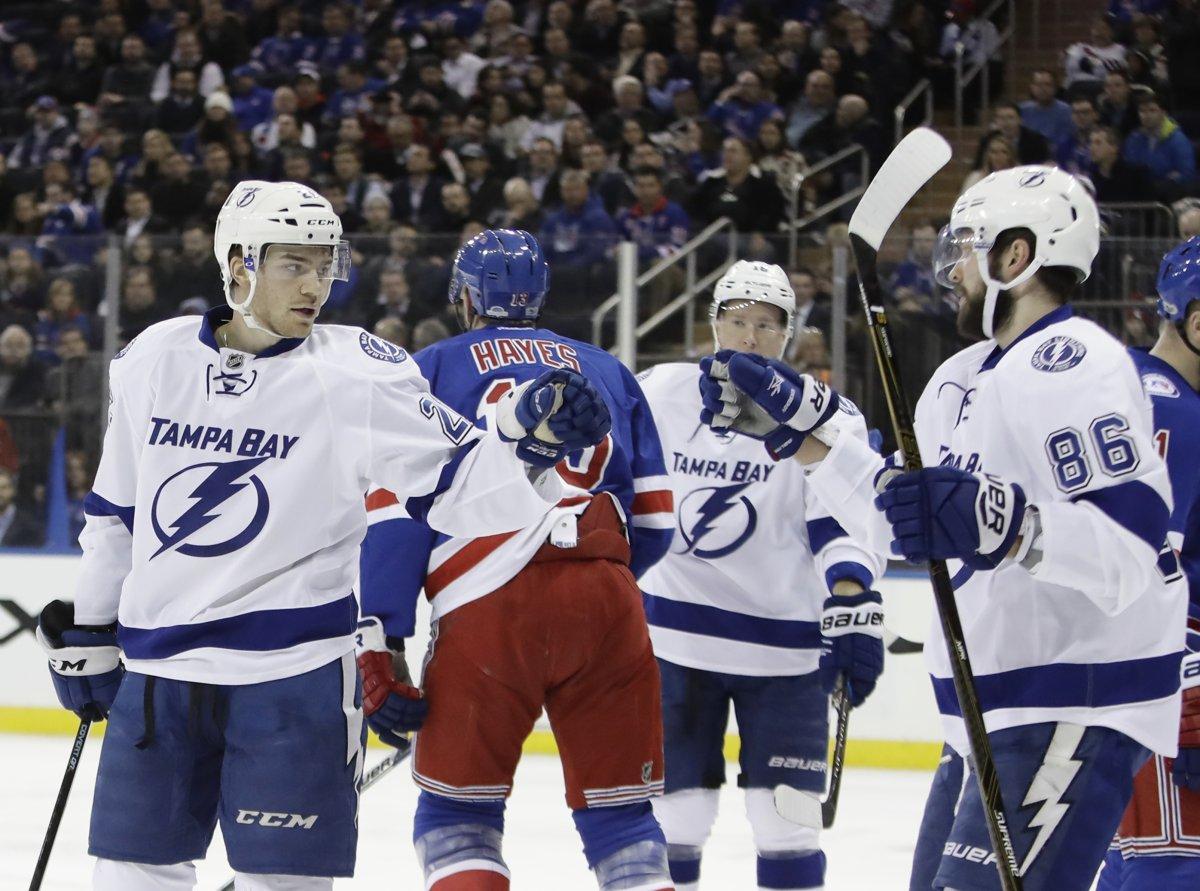 When the Rangers lose to Tampa, Blueshirt fans have no choice but drink a Blue Lightning.

This game came down to one thing: converting opportunities. The Lightning were able to on the few they had, while the Rangers left a ton of goals on the table…

If the Rangers could have cashed in on even one of those chances I think they win this game. But alas, it wasn’t meant to be.

While Glass did have a respectable 55% 5-on-5 Corsi For despite starting just 25% of his shifts in the offensive zone, I felt this was easily his least impactful game (just two hits) since his recall. The Rangers lacked an edge tonight, which was the sole reason for Glass’ recall. So if he’s not providing a spark physically, he’s fairly ineffective. Not to mention he was on the ice for the game winning goal against…

Talk about a schizophrenic night. The Rangers outplay the Lightning but lose, however, it’s ok because the loss helps them in the standings. Huh?

Here’s exclusive video of Raanta in the first period…

Raanta’s save percentage doesn’t portray an accurate picture of his performance. While there weren’t many shots (just three in the first period), when the Lightning had a Grade A scoring chance, they buried it. These are the hardest games for a goaltender to perform in as it’s impossible to get a good feel for the puck. It becomes dependent on them to remain mentally sharp during the long lapses between shots on goal. And I thought, for the most part, Raanta stayed focused the entire night.

It’s not too often you see a defenseman dominate a game in all three zones the way McDonagh did tonight. Well, at least until this happened in the third period…

He cannot under any circumstances allow Point to get behind him late in a tied game.

Pretty sure that Kampfer goal ensures Clendening will be on waivers by the end of the week.

Two more power play chances against (20 in the last five games) including a crucial one in the first period that allowed the Lightning to somehow head into the first intermission tied and with momentum.

What’s that Chris? You want some of my Boston Cream Pie?

Coming into the game the Rangers were 9-2-0 in the second half of back-to-backs this season, so it was somewhat surprising to see their game slip after the first 20 minutes. Although, they’ve played a ton of hockey recently, so it’s tough to criticize them after this one. Plus, tonight’s loss combined with Columbus’ win widens the Rangers hold on the first Wild Card to four points. Not a bad consolation prize.