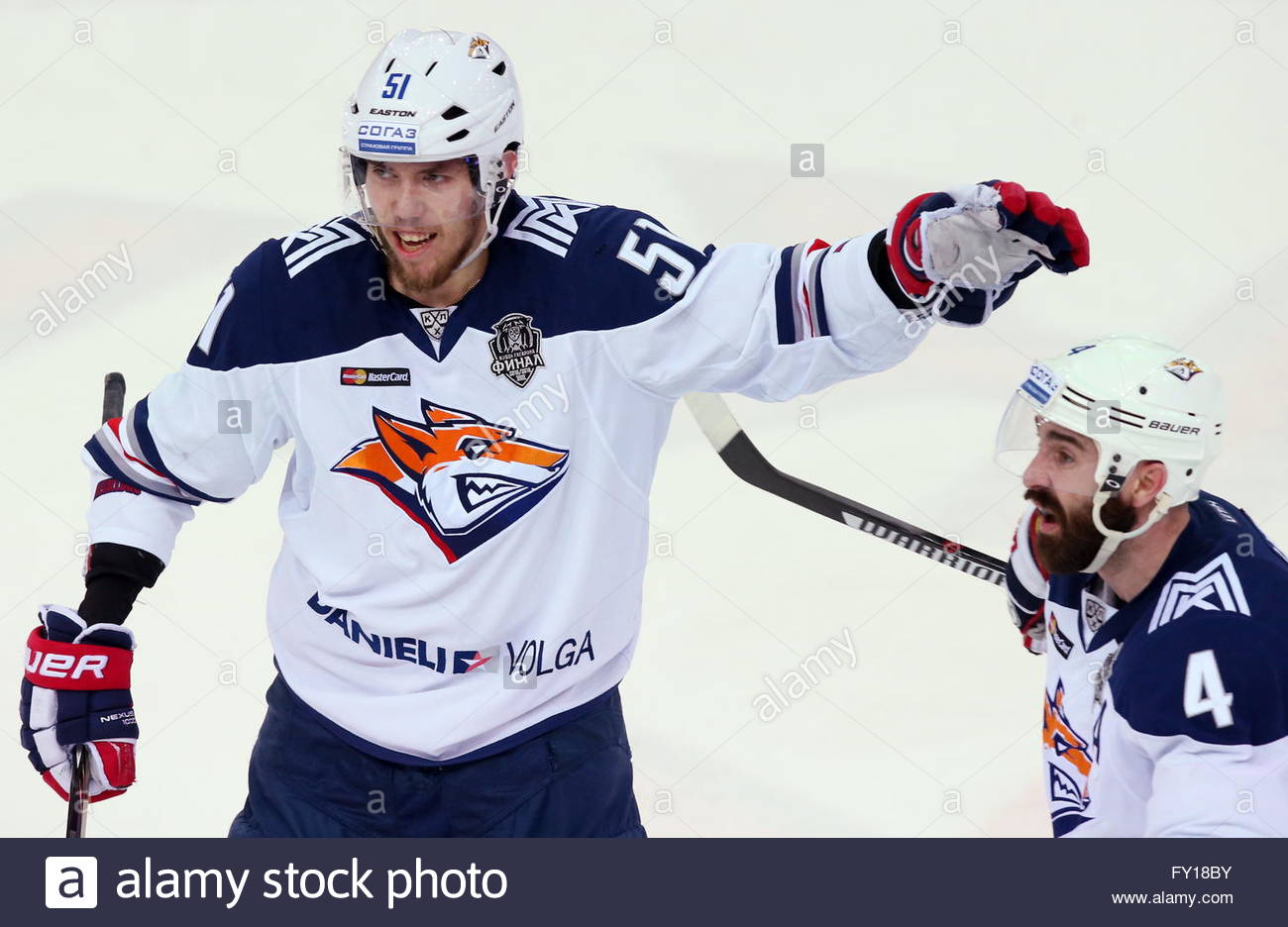 According to Elliotte Friedman at Sportsnet, the Rangers are the favorite to land 22-year old Russian defenseman Alexei Bereglazov who is currently playing for Metallurg Magnitogorsk in the KHL.

The left handed Bereglazov was teammates with Pavel Buchnevich on Russia’s Bronze medal winning team at the 2014 World Junior Championships.

The 6′ 4″ blueliner finished this current season with 1g, 18a to go along with 6a in 7 playoff games.

Bereglazov participated in the Coyotes development camp in 2016.

Alex Nunn, who in my opinion is the authority on Rangers European prospects, says that Bereglazov is a big kid, who is strong in his own end and will chip in with the occasional offense. Nunn adds that Bereglazov would be a decent addition.

I’m not even going to pretend that I know anything about this kid other than he probably likes Smirnoff Vodka, he idolized WWF wrestler Nikolai Volkoff, his favorite actor is comedian Yakov Smirnoff is and he’s soon to become President Trump’s favorite Rangers prospect.

In the event that ignorant stereotypes aren’t in fact a true indicator of someone’s background, I’ll also provide a couple of video clips to familiarize yourself with Bereglazov including this one of him saving a goal…

And my personal favorite, a gif of him accidentally knocking down Alex Semin…

I’m all for the Rangers acquiring Bereglazov as you can never have enough defensive prospects, especially when the Blueshirts will hopefully be revamping their current defensive corps this offseason.

I used to have a huge anti-European player bias. I felt they were too soft to succeed in the NHL and was the reason I was initially against the signing of Zuccarella (I know, I know) as well as the trade for Lindberg (I said I know). Now that I have my head on straight, if the Rangers do in fact sign Bereglazov, I’ll definitely be looking forward to observing this hulking defenseman attempt to transition into a NHL player.