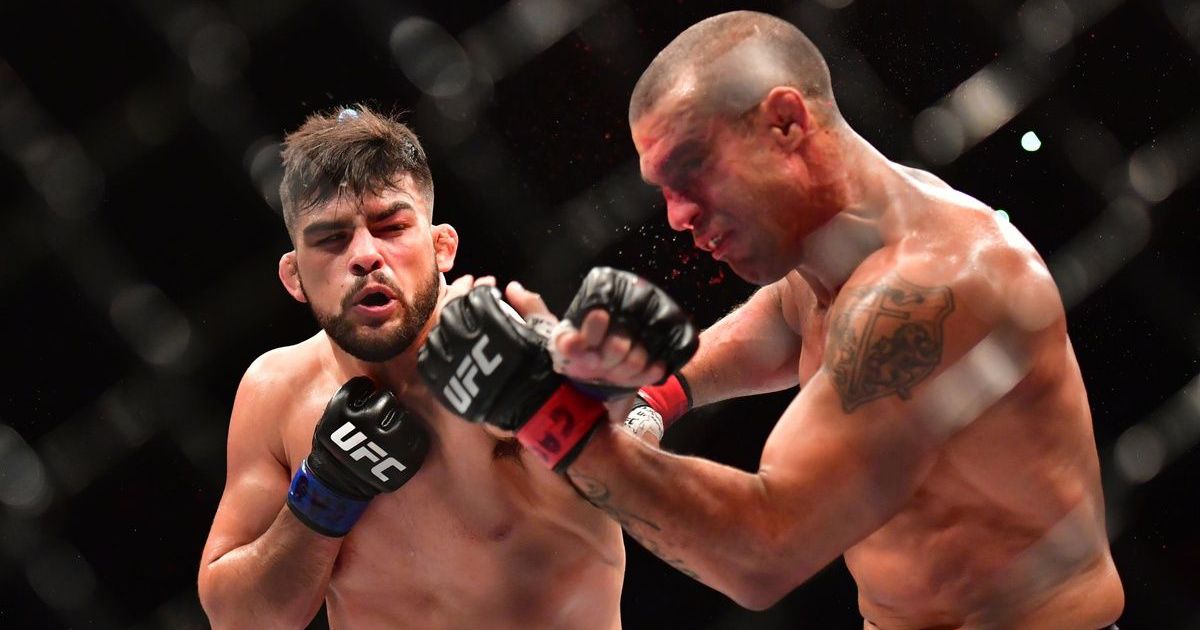 It was a mixed bag for Brazilian fight fans at UFC Fight Night 106: Belfort vs. Gastelum in Fortaleza.

In the main event, Kelvin Gastelum used his left hand to floor Vitor Belfort and followed with ground and pound to earn the stoppage. It took two knockdowns and flurries on the mat for Gastelum to finish Belfort’s night. Gastelum looked as sharp as ever and any doubts about his legitimacy after moving up to middleweight should be silenced after two decisive victories against divisional mainstays in Belfort and Tim Kennedy.

Belfort, on the other hand, looks about ready to ride off into the sunset. Since coming off TRT and Father Time doing him no favors either, Belfort can no longer sustain his powerful and aggressive style with deteriorating physicality.

In contrast, Brazilian legend Mauricio “Shogun” Rua was able to fight off the hands of time in the co-main event with a TKO of Gian Villante in the third round. Rua was able to win the first two rounds with a measured attack of leg kicks and powerful punches upstairs. The patience paid off in the third after a right hook and body shot backed Villante down to the fence and Rua swarmed for the finish. This is the storybook ending Rua deserves and many fans hope he won’t keep tempting fate, but it is unknown what is next for the PRIDE veteran and former UFC light heavyweight titleholder.

Lightweight Edson Barboza added Beneil Dariush to his highlight reel with a second-round flying knee knockout. While Barboza looked tentative early, he caught Dariush blitzing in with disregard and laid him flat.