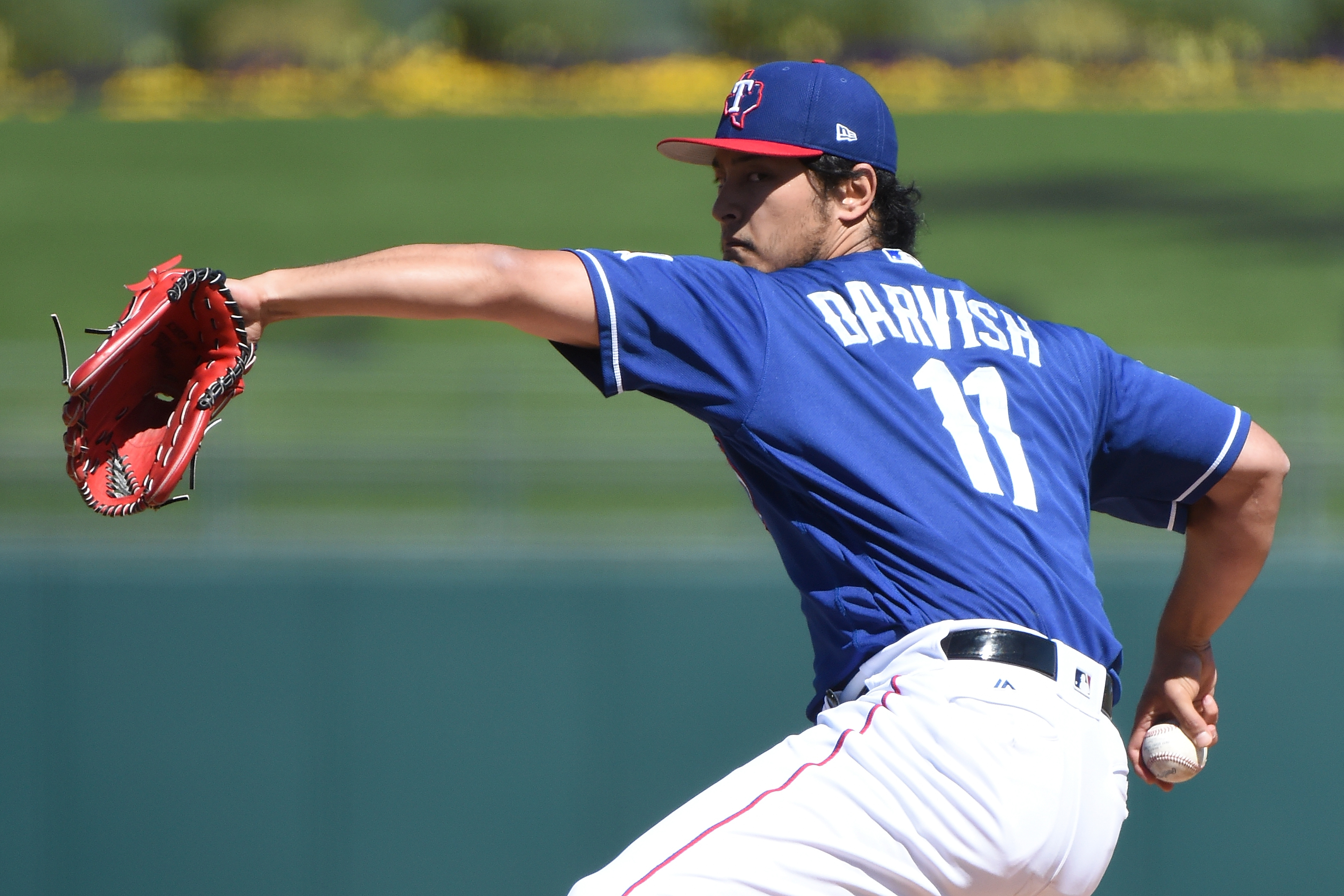 What’s the key to an MLB team beating out their competition en route to securing a division title? There are a lot of variables that go into a potential postseason run, but it’s almost always centered around pitching — both effectiveness and relative health.

Something that gets overlooked from last year was the incredible continuity the Chicago Cubs and Toronto Blue Jays had in their respective starting rotations — they were both top five in fWAR thanks to finishing first and second in total innings pitched. They accomplished that because each squad boasted five hurlers with at least 29 starts.

Virtually no teams can depend on that kind of consistency throughout the regular season.

Every division race has questions about pitching, but it seems like the American League West is just oozing with uncertainty in each of the team’s starting rotations — whether they’re a contender or not.

To say that pitching wasn’t a strength for the Rangers last year is a bit of an understatement. Yes, Cole Hamels was good all year and Yu Darvish was solid after returning from Tommy John surgery, but the group just didn’t perform well overall.

They posted an AL-best 95-67 record despite the rotation’s 7.9 fWAR being better than just eight teams, and used their incredible success in one-run games to make up for having a +8 run differential.

This part of the roster was in clear need of an upgrade this winter, but it didn’t really happen. Hamels and Darvish are still anchoring the top and Martin Perez is holding down the middle, but they added Andrew Cashner and a rehabbing Tyson Ross, both of which could be starting the year on the disabled list.

Adding Mike Napoli was a solid move, but with questions in the outfield, some losses via free agency and the activity of their division opponents could make taking home the division crown tougher than usual for a defending champ. Houston was very busy this winter — they not only added Josh Reddick and Nori Aoki to the outfield, but also Brian McCann behind the plate and veteran Carlos Beltran.

The only problem? Despite being rumored to have serious interest in Jose Quintana, the lone upgrade they made to the starting rotation was by signing Charlie Morton. What he does best seems to fit what the Astros are looking for, but they also just awarded him a two-year, $14 million contract after throwing just 17.1 innings in 2016.

Dallas Keuchel is projected to lead the way again, but he has a lot to prove after posting an uninspiring 4.55 ERA and 1.29 WHIP in 168 innings following a Cy Young-winning 2015 campaign. Lance McCullers is another important part of this group, but has yet to accumulate more than 22 starts or 125.1 innings of work in the big leagues during a single season.

The Astros could very well have one of baseball’s deepest lineups, but will they regret not pulling the trigger on a Quintana deal by the dog days of August (if they don’t swing it between now and then)? We’ll find out. The Mariners are the proud owners of baseball’s longest postseason drought, which was extended to 15 seasons after an 86-76 finish in 2016 left them three games off the pace for an AL Wild Card spot. We can’t say general manager Jerry Dipoto is sitting on his laurels and hoping for success, though.

Even with an incredibly busy offseason full of moves to improve the roster, the biggest X-factor heading into 2017 could easily be their rotation.

Felix Hernandez is in the best shape of his life, but still needs to prove he can be effective with diminished velocity after two unusual years for the longtime ace. Hisashi Iwakuma registered his most starts (33) and innings pitched (199) since 2013 (33 and 219, respectively), but he’s entering his age-36 campaign. Also, don’t forget that he only returned to Seattle last winter after a three-year deal with the Los Angeles Dodgers fell through for health reasons.

James Paxton has breakout potential and looks great so far this spring, but it still has to happen.

Last but not least, two of Seattle’s acquisitions to stabilize the back of the rotation — Yovani Gallardo and Drew Smyly — posted ERAs of 5.42 and 4.88 in 2016, respectively (with FIPs that were each north of 4.40). Fresh off a 74-88 record — their worst since Mike Trout took the league by storm in 2012 — the Angels aren’t projected to be a postseason contender. They did have a great offseason considering their circumstances and could surprise some people, though.

A lot of things have to go right to make good on that potential, and a lot of it lies in the starting rotation.

It all starts with Garrett Richards, who has (so far) successfully avoided Tommy John after missing most of last year. His velocity looked great in his Spring Training debut, but everyone associated with the Angels will be holding their breath every time he takes the mound.

Ricky Nolasco is trying to resurrect his career after being acquired from the Minnesota Twins midway through last year, Tyler Skaggs is dealing with more injury issues, Matt Shoemaker is coming back after a serious head injury and while Jesse Chavez has proved to be a serviceable starter in the majors, he last started a game in 2015.

This group was held together by duct tape last year, and that can’t happen again if they want any chance of making some noise. If there’s one thing about the Athletics that we should be excited about in 2017, it’s their starting rotation. And we’re specifically talking about the trio of Sonny Gray, Sean Manaea and Jharel Cotton.

Gray’s case is an interesting one after a tough 2016, and there are reasons to believe he’s due for a rebound. Unfortunately, that just got tougher thanks to a lat injury that will land him on the disabled list for Opening Day instead of being on the mound.

Manaea had a great second half last year, but did struggle upon first getting called up. So, he now needs to put it all together from start to finish.

As mentioned before, there are a lot of variables involved when discussing a potential postseason run — especially when multiple teams are involved. However, it is interesting to see such a consistent theme throughout the entirety of the American League West.

So, how will the west be won? It seems like the team can get the most consistency out of their starting rotation (performance- and health-wise) will be in the best possible position come the end of September. Time will tell, though.