Your Morning Dump... Where Jae Crowder is hard to describe 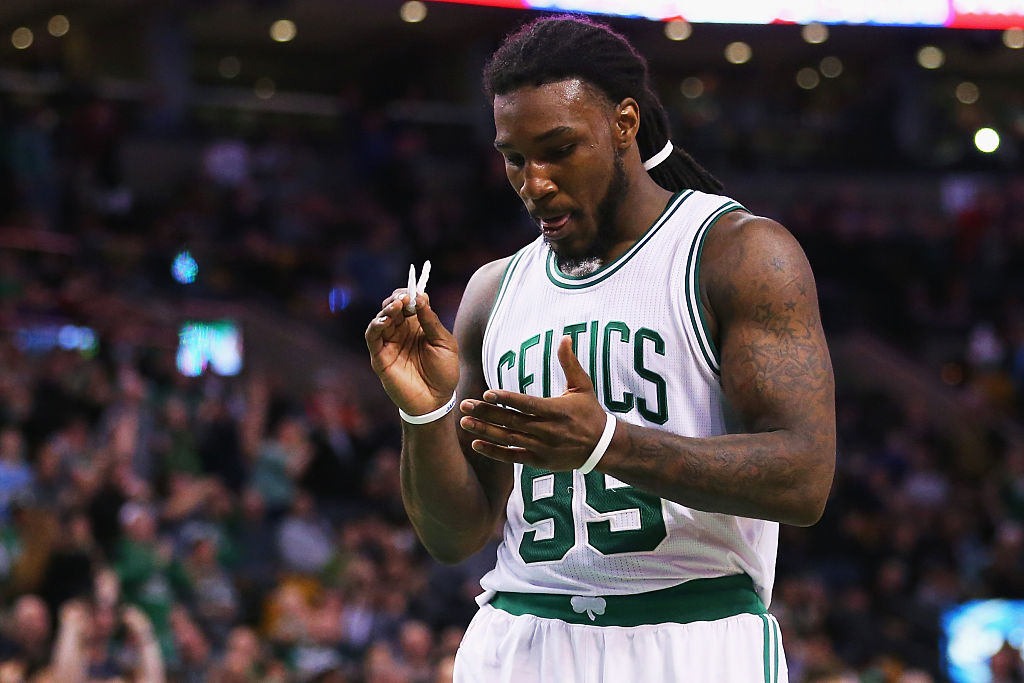 Your Morning Dump... Where Jae Crowder is hard to describe

When the Celtics landed in Los Angeles earlier this month at the start of their five-game West Coast road trip, Stevens sat down with ESPN’s Rachel Nichols to film an interview that aired before the team’s national TV matchup Sunday against the Chicago Bulls. Stevens was asked to play Celtics word association and many of his answers were what you might expect for the names tossed his way.

“Tough” for Marcus Smart. “Aggressive” for Avery Bradley. “Sure” for Thomas. “Measured” for president of basketball operations Danny Ainge. But when Crowder’s name was invoked, Stevens hesitated briefly and asked if he could offer two words.

Any of the adjectives that Stevens used to describe Crowder’s teammates probably would have fit just fine for Crowder too. But Stevens’ quest to find exactly the right words highlighted how much he values what Crowder means to his team’s success.

“I just think that that’s what comes to mind when I think of Jae,” Stevens said. “I think Jae puts in a lot of work. I think our guys kind of believe in his toughness and his grit and all the things he does that lead to winning. They may not use those exact words, but I think that’s how we all feel about Jae.

I’ve thought about this often over the past couple years: It would be hard to pick a guy on this team that fills the role that, say, a Paul Pierce or a Larry Bird filled, not just in terms of ability, but in terms of sort of exemplifying what this team is about.

It’s like the Celtics are kind of an “Ocean’s Eleven” ensemble cast film, not a vehicle for a single star.

Like, Isaiah Thomas? He’s one of those guys that was, if I can indulge my inner ‘fanboy’, a Celtic before he was traded to Boston. There’s a little bit of Red, a little bit of Larry and even a little bit of Danny Ainge in the way IT carries himself on the court.

Then you have Marcus Smart and Al Horford. You won’t catch these guys checking their stats after a game. There are a lot of guys who will tell you they don’t care about individual stats, but you know they’re lying. You know they do care about their stats. But Al and Marcus? They show how little they value their stats when they’re on the court. One of these days, one of those last second heaves Marcus is always throwing is going to count, and to him, that’s going to make up for all the misses up to that point.

And Jae. Jae was another Celtic that needed to be traded to Boston.

It’s tough to imagine what this team would look like without Jae. Go ahead. Try.

I remember when the C’s picked him up, and all we knew about him was he picked number 99, and the consensus was, that being the year that Danny ran something like 40 players through the C’s roster, that Jae might as well enjoy that high number because he was no more likely to stick than Jameer Nelson.

Now where are we? Jae’s such an important part of the team that Boston’s sports radio clowns actually know he exists and have opinions (mostly incorrect) about him.

Page 2: Where Zizic is coming

“He just turned 20 in January, and he punishes grown men physically,” said Celtics director of player personnel Austin Ainge. “He hits hard and he’s a physical presence out there. As much as I loved Ante and believed in him, I was surprised how much success he had this early in Euroleague.”

Zizic’s strong play at such a high level has only strengthened the Celtics’ confidence in the next step.

“July 1 just has to roll over on the calendar, and we’ll sign him,” Ainge said. “He wants to be here, and we want him here.”

It’ll be interesting to see how this plays out. Zizic seems at least capable of taking over Zeller’s minutes next season without an appreciable drop off.

David Blatt on Zizic (Blatt is his coach in the Euroleague)

“Yeah, that’s what I want for him,” Butler said. “I want the kid to be the greatest, because that’s what he wants. As long as he’s pushing himself each and every day, there is no ceiling for him. Nobody can put a ceiling on anybody. You’ve just got to want to be better.

“You’ve got to want to be great, and I can tell from hanging around him this past summer that that’s what he wants. He loves to compete against the best. As long as he keeps that edge and that confidence, man, you can’t put a ceiling on that.”

Butler went on about the kid seven years his junior.

“I like him,” he said. “He plays hard, he plays within himself, and he’s super confident. He’s going to be around this league for a while. He works, man, and that’s all you can ask. As long as he continues to want to get better, he’s going to do just that.

“I’m happy for him. He’s playing at a high level right now, and he’s a big key to what they’re trying to do over there. I just don’t want him to ever settle, as I always tell him. You’re never going to be perfect in any aspect of the game, so don’t think just because you get to the top that somebody ain’t chasing your spot. He knows that somebody is.”

I’ve said it before, I’ll say it again: What’s going to hold this kid back? He’s coachable, smart, he’s got a great work ethic and he’s extremely athletic. Barring a serious injury or dating a Kardashian, where’s the weak spot in that?

I don’t like it when player comps are made, like, “His ceiling is Tyson Chandler”, or the related “He’s a poor man’s Steph Curry.” Basketball’s a very individual game. You’re not going to get the next anyone else. There isn’t such a thing.

A player’s ceiling isn’t some other player, it’s his own limits–whether they’re mental or physical. And Jaylen–well, he doesn’t look like he’s going to be running into his limitations any time soon.

“It’s ridiculous,” Brown said of the anticipated snowfall in the Boston Metro area. “I’m not too happy about it. You kind of just have to deal with it … and get a bigger coat.”

Beginning sometime around 6 a.m. Tuesday morning, New England is bracing itself for what’s expected to be a steady downpour of snow with a couple of inches falling every hour until most places are digging themselves out from under at least a foot of snow.

I agree, buddy. Sioux Falls got five inches on Sunday, and it was so cold on Friday that I legitimately, I kid you not, forgot that it was March. As I was freezing my butt off in my car, I thought, “well, I guess it isn’t too cold for February.”

.@GigiDatome Just seen this! For the record, nobody needs a lightning-shaped cut to the head to meet me. Get well soon x #donttrythisathome https://t.co/22VoQkUErv

(I could tell you I’ve never read the books, but I’m guessing you wouldn’t believe me, even though it’s true)