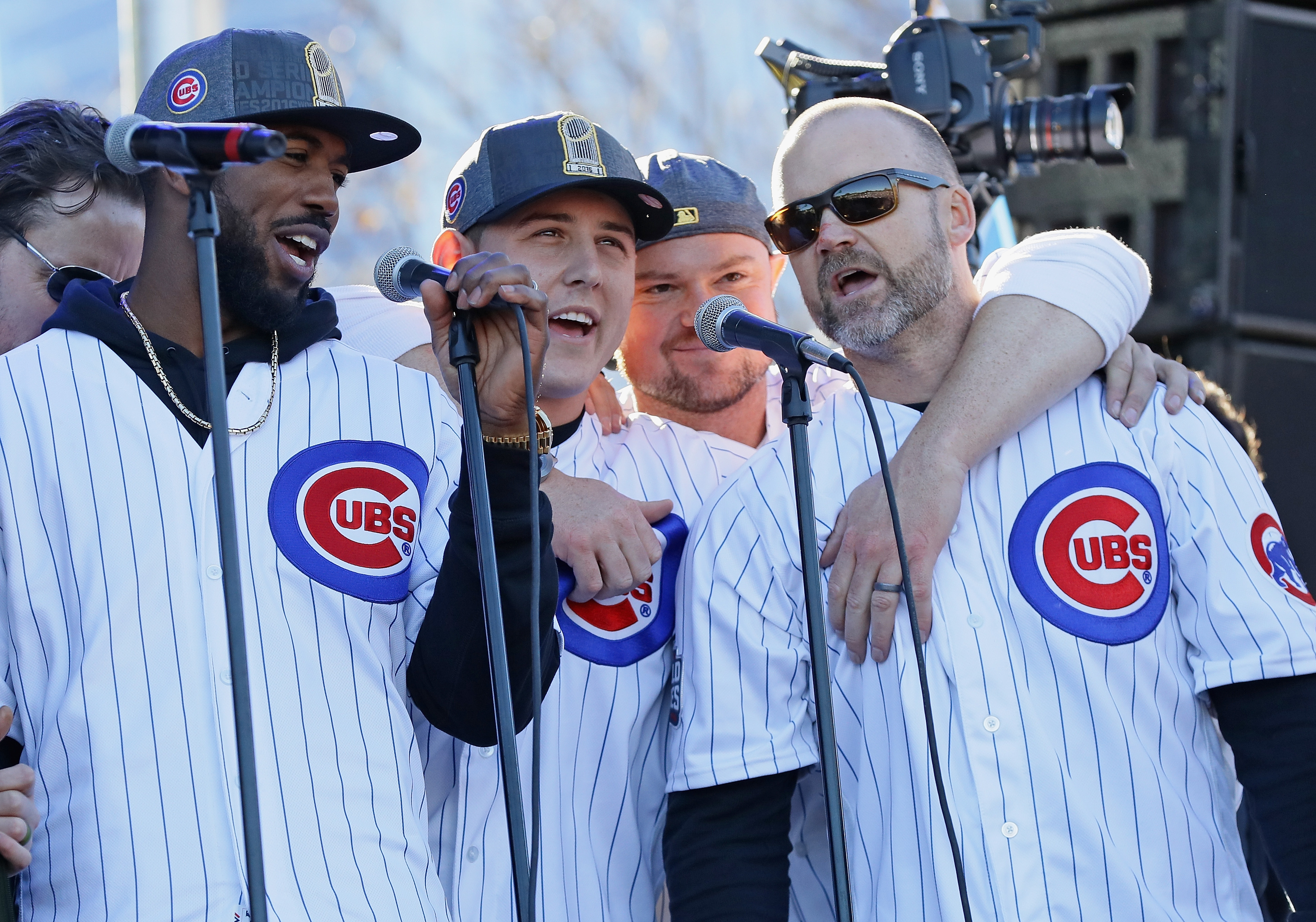 The Cubs became only the sixth team to come back from a 3-1 deficit in the World Series, and a passionate pregame speech from first baseman Anthony Rizzo may have been a big reason why.

Rizzo, one of the clubhouse leaders, did his best to fire up the team before Game 7 of the World Series, and didn’t even need any clothes to do so. We’ve now learned that Rizzo used his bare skin and the theme from “Rocky” in the team’s pregame meeting to pump them up, thanks to an excerpt from Tom Verducci’s new book, entitled “The Cubs Way: The Zen of Building the Best Team in Baseball and Breaking the Curse.”

The book, which is set to hit shelves on March 28, looks to be appealing not only to Cubs fans, but to casual baseball fans as well. And this excerpt, which Sports Illustrated posted, explains all the details surrounding Rizzo’s naked pregame speech.

An hour before the seventh game of the World Series, Rizzo stripped off all his clothes, cranked the theme from Rocky on the clubhouse stereo one more time, jumped on top of a coffee table and began quoting lines from the movie and throwing his best shadow-boxing punches. Pitcher Hector Rondon, joining in on the hijinks, picked up an aerosol can of shoe cleaner and sprayed it in the direction of Rizzo’s groin.

Startled and angered, Rizzo stopped and yelled, “What the heck, man!” He cut the music and stormed off toward the showers to clean off the spray.

“I’m thinking, Dang, what’s he doing?” Ross said. “We can’t have this negative vibe right before the game. I go by there. I can tell he’s a little irritated.”

Ten minutes went by. Rizzo finally emerged from the shower. He walked back silently to his locker with a towel around this waist. The room was quiet and uneasy.

Ross walked up to Rizzo and broke the silence.

Rizzo chuckled. “You know what?” he said. “You’re right!”

Said Ross, “He rips the towel off, runs up, turns the music on again, and he jumps back on the coffee table and starts doing the Rocky motions again.”

That’s the type of entertainment that manager Joe Maddon endorses to help fuel his team. He always makes sure his players are locked in and focused on the task at hand, but does so by having some fun and keeping them loose.

For most teams, that type of behavior wouldn’t fly. But for the 2016 Chicago Cubs, it was just another day in the clubhouse.