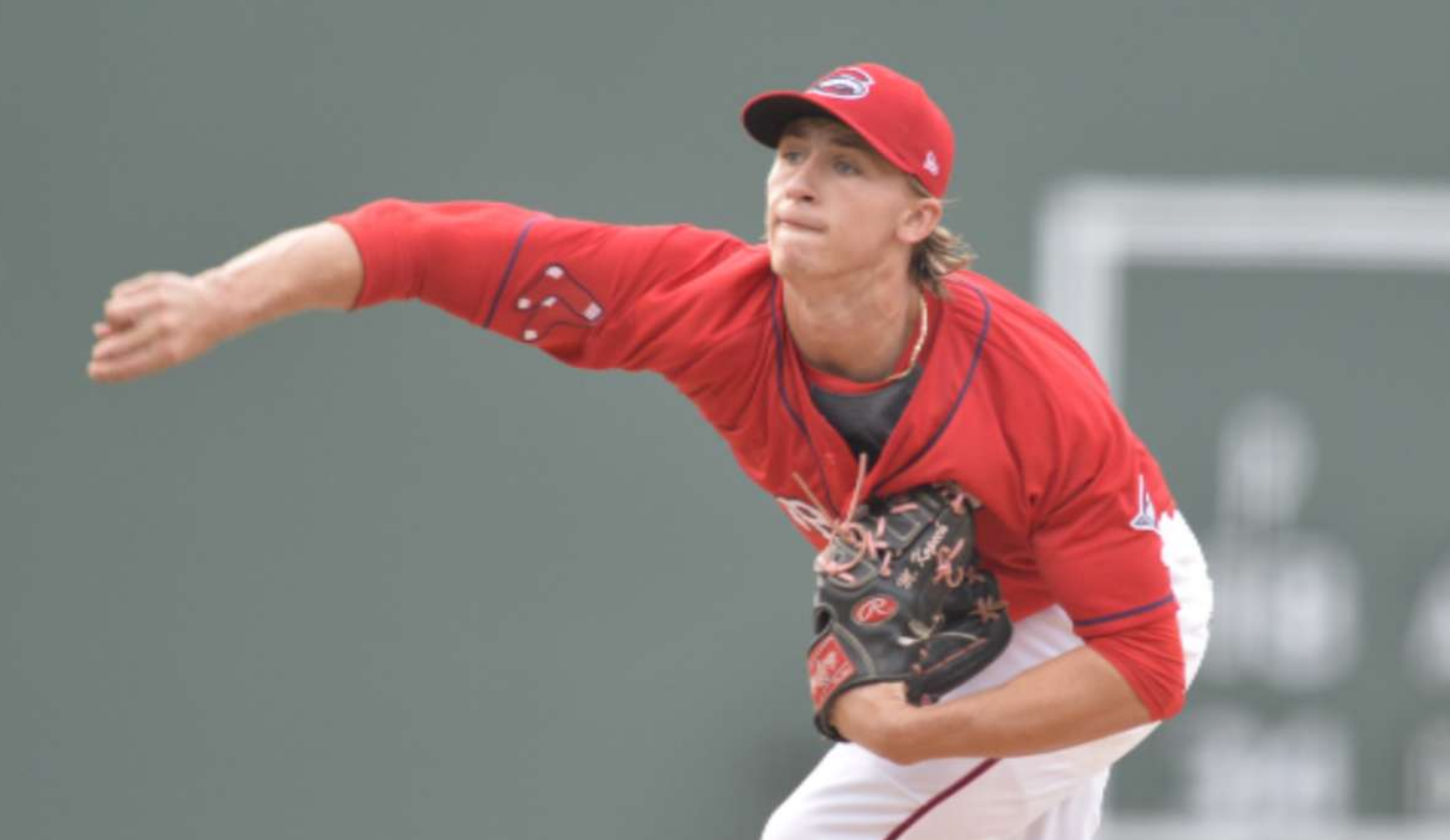 One of the top prospects the Red Sox had to give up to acquire Chris Sale was Michael Kopech, who is known for lighting up radar guns.

He hit 105 mph in a minor league game last year that was played in Salem, Va., one of the fastest pitches ever recorded. So it’s clear that the guy can throw some serious gas.

And apparently, 105 isn’t even his ceiling. Kopech’s personal trainer believes it’s considerably higher than that.

He hit 110 mph back in January in a max-velocity exercise, and if you head over to NESN, you can see the video, as well as some quotes from Kopech’s trainer about why he believes the pitcher can throw 107+ in a game.

[Click here to read about why Kopech could potentially hit 107+ mph in a major league game in the future.]