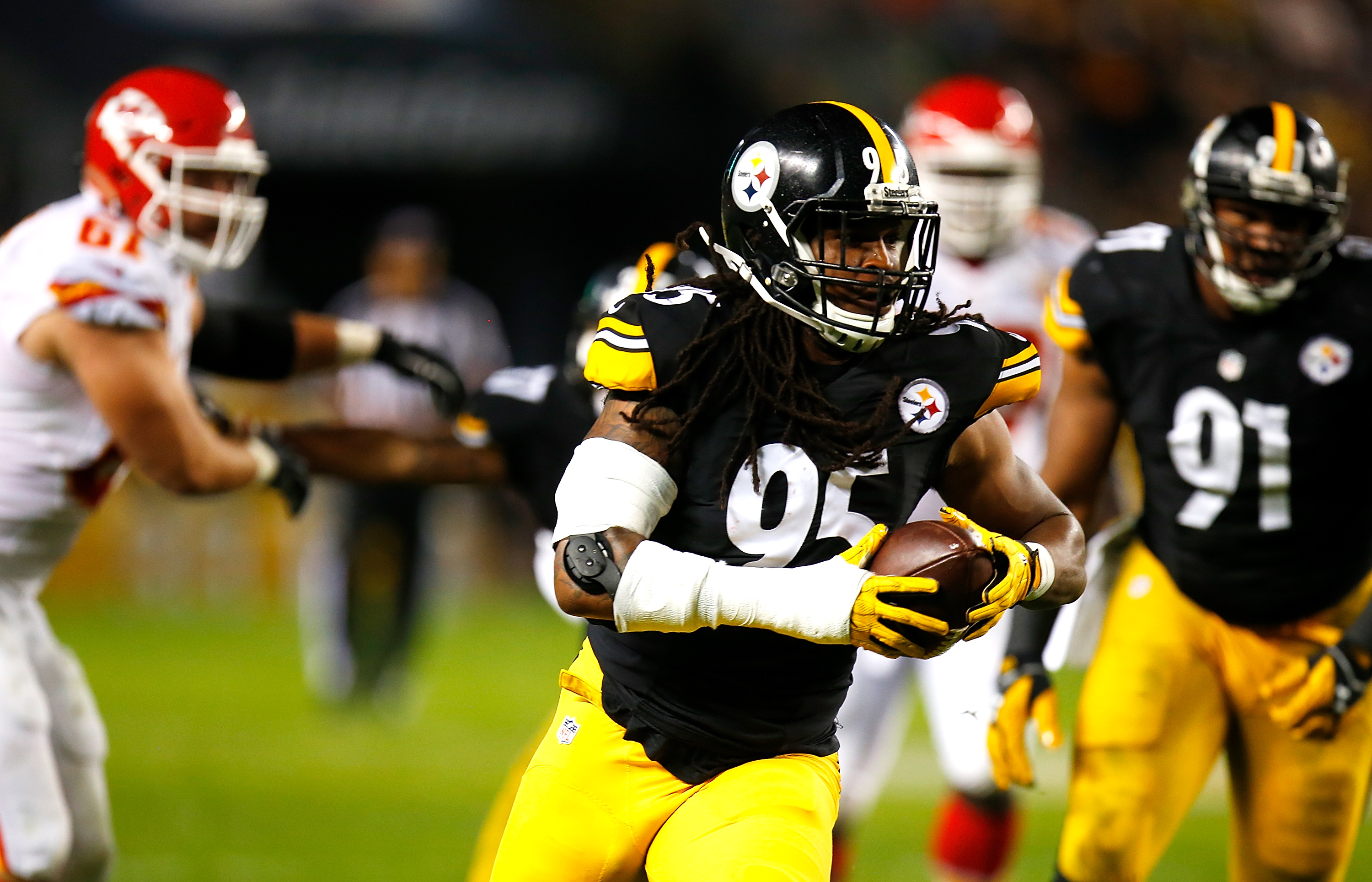 Jarvis Jones gets one more chance before the word “bust” is forever linked to his name in NFL history.

The Cardinals signed the former Steelers linebacker to a one-year contract Wednesday. Jones was the 17th overall pick of the 2013 draft and has just six career sacks. That’s one less than Barkevious Mingo, who was taken in the same round and is already on his third team.

Jones will be the 23rd former Steeler to play for the Cardinals since 2006, largely because since 2007 the Cardinals have been coached by former Steelers offensive coordinators. Ken Whisenhunt coached the team from 2007-2012 after he was passed over for the Steelers head coaching job in favor of Mike Tomlin. Bruce Arians has coached the team since 2013, a year after he “retired” as Steelers offensive coordinator only to take the same job with the Colts in 2012.

Coupled with the Steelers’ nail-biting 27-23 win over the Cardinals in Super Bowl XLIII, it’s tempting to theorize that the constant player pipeline from Pittsburgh to Arizona is an effort by bitter Cardinals coaches to prove the Steelers wrong on players.

But no former Steeler has had any memorable impact as a Cardinal, and it’s difficult to see Jones faring much better.

Jones had his moments with the Steelers, but they were too few and far between. After just one sack as a rookie, he began the 2014 season with two sacks in the first three games, but missed the rest of the year with a wrist injury. He had two sacks in 2015 and one in 2016 as his role diminished with the emergence of 2015 first-round pick Bud Dupree and the age-defying play of 38-year-old James Harrison.

Jones was the first of three straight linebackers the Steelers chose in the first round. They added Ryan Shazier in 2014 and Dupree in 2015. Both already have more career sacks than Jones, Shazier with seven and Dupree with 8.5.

They’re helping to make up for the mistake the Steelers made on Jones.