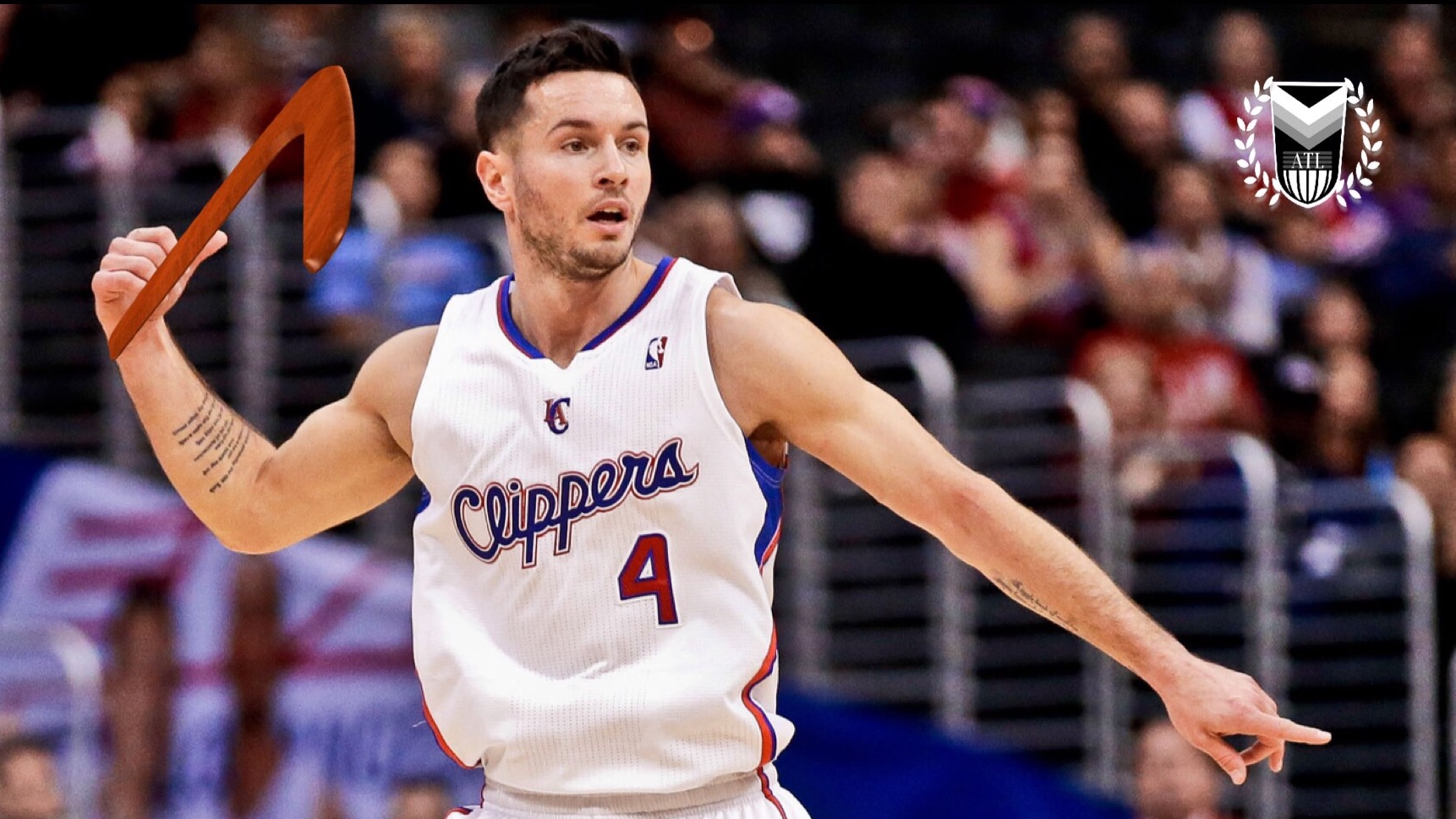 Los Angeles Clippers guard J.J. Redick is one of the deadliest 3-point shooters in the NBA, as he launches 6.0 threes per game and connects on 40.4% of them. Just how accurate is he? Well, Redick ranks 20th in 3-point shooting accuracy among all NBA players this season.

With 50.5% of Redick’s made baskets coming from beyond the arc, defenses will try to scheme or put some of their better defenders on him to try to chase him around screens to prevent him from getting open 3-point looks. Redick is a player who relies heavily on having the ball delivered to him before he makes a shot, as 87.6% of his made baskets are assisted on by a teammate. When the usual routes in sets aren’t available, Redick must be a bit crafty to get open, and using a boomerang type running route is one way in which he can get free for an open triple.

Most of Redick’s boomerang threes come out of the traditional FLOPPY set.

I made the video below to not only show, but also explain how the FLOPPY set works and how Redick improvises the set with the boomerang to get an open three.

Redick doesn’t always have to rely on the FLOPPY set, as the next video below shows a few other sets the Clippers have run on offense to generate open looks for Redick using the boomerang route.

So, whether you’re a coach or player, or just some dude playing in a rec league, have your shooters install this boomerang route into your FLOPPY sets and see how it works.

Other Notes on Redick and the Clippers

Overall, Redick shoots about 4% above league average from three. As you can see from his percentages in 10-game increments, Redick can go through stretches where he catches fire from long range and he sustained it for up to 30 games this season.

Redick is currently averaging 14.6 points, 2.2 rebounds, 1.4 assists and 1.3 turnovers in 28.3 minutes per game. He’s been able to stay relatively healthy, as he’s appeared in 64 of the Clippers’ 67 games so far this season. Redick will become an unrestricted free agent this summer and should he keep up this type of performance in the playoffs, he’ll be one of the notable 2s on the market this summer, where the Clippers might have trouble retaining him depending on what happens with Chris Paul and Blake Griffin, who could both become free agents this summer, and what types of deals other teams throw Redick’s way.

As for the Clippers, they’re currently in a race with the Utah Jazz for homecourt in the first round of the playoffs. The Jazz (4th, 42-25) have a narrow two-game lead on the Clippers (5th, 40-27) in the loss column, while the Oklahoma City Thunder (6th, 38-29) and Memphis Grizzlies (7th, 37-30) aren’t too far behind. Health has been a major issue for the Clippers this season, as Griffin has missed 30% and Paul has missed 31% of the team’s games, but also, the Clippers have slipped overall due to their defense.

The chart below shows the Clippers’ offensive and defensive rating through three different timelines: from the start of the season to Christmas, after Christmas to the All-Star break, and after the All-Star break to the present day, March 15, 2017.

Overall, the Clippers have the 9th ranked offense in the league (109.1 Points Per 100 Possessions) and 18th ranked defense (106.0 Pp/100). If the Clippers want to make a significant run in the postseason, not only will they need a healthy roster across the board, but they’ll also need their defense to start performing like the way it did for the first three months of the season.