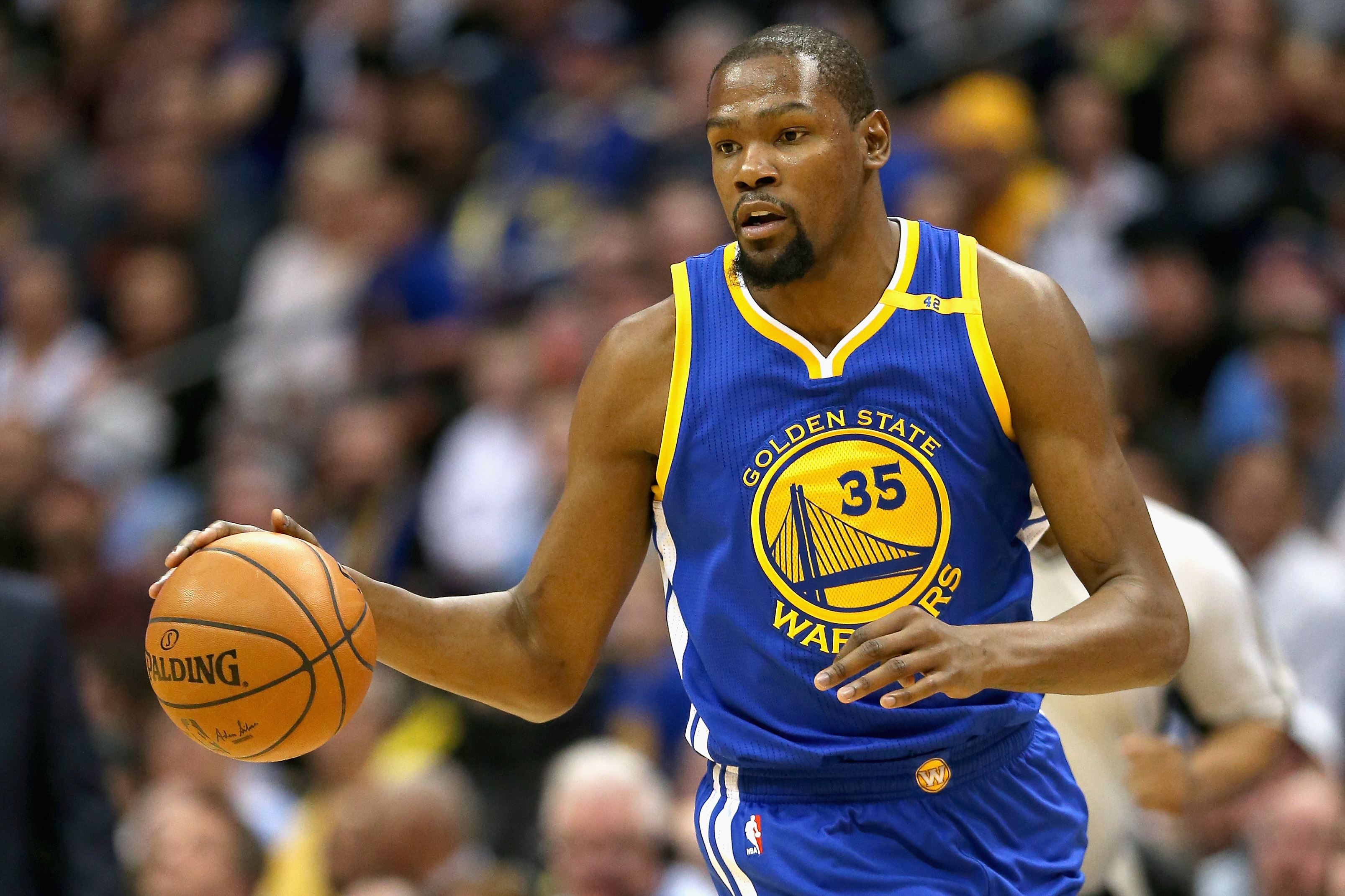 The NBA playoffs are right around the corner, and several teams are dealing with injuries that could impact their postseason run.

Coaches do their best during the regular season to keep their players fresh and off the injury list, but injuries can still happen regardless of preventative measures. The following 10 players got injured at the most inopportune moment for their respective teams, and it’s possible these injuries could affect how the playoffs shape up.

Bogut was signed three days after he was waived by the Philadelphia 76ers to give the Cavaliers rim-protection as a back-up to starting center Tristan Thompson, but the 32-year-old broke his leg 58 seconds into his debut and was waived earlier this week to make room for Cleveland to sign former Milwaukee Bucks big man Larry Sanders.

Now, the Cavaliers are asking Sanders, who has not played in the NBA since the 2014-15 season, to fill the role they had intended for the championship-tested Bogut. Cleveland, by the way, ranks 15th in the league in average points allowed in the paint with 43.3 per game.

The Grizzlies took a huge risk by signing Parsons, an often-injured player, to a max contract last summer, but they hoped he’d be the third option on offense behind All-Star center Marc Gasol and point guard Mike Conley. Unfortunately for Memphis, it was reported earlier this week that Parsons will likely undergo season-ending knee surgery after appearing in only 34 games for his new team.

In Parsons’ absence, the Grizzlies will be forced to try different starters at the wing, including 40-year-old Vince Carter, who scored 24 points in a starting role against the Milwaukee Bucks on Monday night.

The Jazz are this year’s surprise team poised to make the playoffs, but they won’t go very far without the services of Favors. The 25-year-old power forward has been limited to 47 games this season with lingering knee problems, and his latest injury, a bone bruise in his left knee, has come up at the worst possible time with about a month left in the regular season.

When healthy, Favors is one of Utah’s top-three scoring options, and he makes the Jazz better defensively along with shot-blocking extraordinaire Rudy Gobert.

If the Miami Heat make the playoffs, they won’t have their best perimeter defender on the floor to guard the likes of LeBron James, Paul George and some of the other top scorers in the Eastern Conference. Winslow, who earned NBA All-Rookie second team honors for his standout defensive play last season, had surgery in January to repair a torn right shoulder labrum and is not expected to return this season.

The former 10th overall pick in 2015 averaged a little over 24 minutes per game during the Heat’s postseason run last year and started 15 of the 18 games he played in this year before injuring his shoulder.

Love, Cleveland’s leading rebounder (11.1 rpg) and third scoring option (20.0 ppg), has been out since Feb. 14 after undergoing surgery to remove loose bodies in his left knee, but it appears the All-Star power forward is nearing a return to action. Per Joe Vardon of the Cleveland Plain Dealer, Love participated in the team’s short practice Wednesday and has a chance to play Thursday against the Jazz, but this weekend’s road trip is more likely for his return.

That said, Love will require some time to get back into playing shape, and there’s no guarantee he’ll be 100 percent for the playoffs.

The Nuggets were without a couple of their best players for Monday night’s game against the Los Angeles Lakers. One of them was third-leading scorer Wilson Chandler (groin) and the other was Faried, who missed his ninth straight game because of a lower-back injury. The 27-year-old forward is one of the Nuggets’ better rebounders and an athletic big man who plays with a lot of energy on the floor.

Faried could potentially play Thursday, which is the good news, but the bad news is Chandler and leading scorer Danilo Gallinari (knee) have been ruled out for the team’s next game, leaving the Nuggets short-handed in the midst of a tight playoff race for the eighth seed in the Western Conference.

If there’s any team in the NBA that can make do without one of their star players it’s the Warriors. In the seven games that Durant has missed with a left knee injury, Golden Sate has gone 4-3 without their leading scorer (25.3 ppg), rebounder (8.2) and shot-blocker (1.6 bpg). Durant is expected to be out until late March or early April, which is cutting it close for the star forward to return before the start of the playoffs.

The Warriors can still contend without Durant as they’ve done the last few seasons, but they are obviously a much better team with him in the lineup.

Much like Durant, Lowry’s return to the Raptors is expected to be right around the start of the postseason. The All-Star point guard underwent surgery March 1 to remove loose bodies from his right wrist. Per TSN’s Josh Lewenberg, Lowry is progressing well and has been cleared to participate in light dribbling.

Lowry’s absence has been no doubt difficult, but the Raptors have managed to win six of the 10 games he has missed so far. However, the Atlanta Hawks are only two games behind Toronto for the fourth seed in the Eastern Conference and could threaten to steal home-court advantage away from the Raptors while their floor general is sidelined.

Extreme migraine headaches have kept Batum out of the lineup for the last two games, and he is expected to miss at least one more game. ESPN’s Chris Haynes reported yesterday that the 28-year-old swingman underwent a CT scan on his brain this week, but the scan came back negative and Batum is day-to-day.

The last month or so of the regular season is crucial for Charlotte, which currently sits four games behind the Detroit Pistons for the eighth and final payoff spot in the Eastern Conference. Not having Batum, who is averaging 15.4 points, 6.7 rebounds and 5.9 assists this season, for even a few games is huge.

With a playoff seed locked up, the Spurs needn’t rush Parker back from stiffness in his back, which has caused him to miss four straight games. Patty Mills is more than capable of handling the starting point guard duties while Parker is out, but the 34-year-old’s lingering injury is something to monitor as we get closer to the postseason.

Although the Spurs are Kawhi Leonard’s team, Parker is still a key player for San Antonio, especially during the postseason given his 200-plus playoff starts.