Eric Hosmer Must Stop This Trend to Truly Unlock His Power 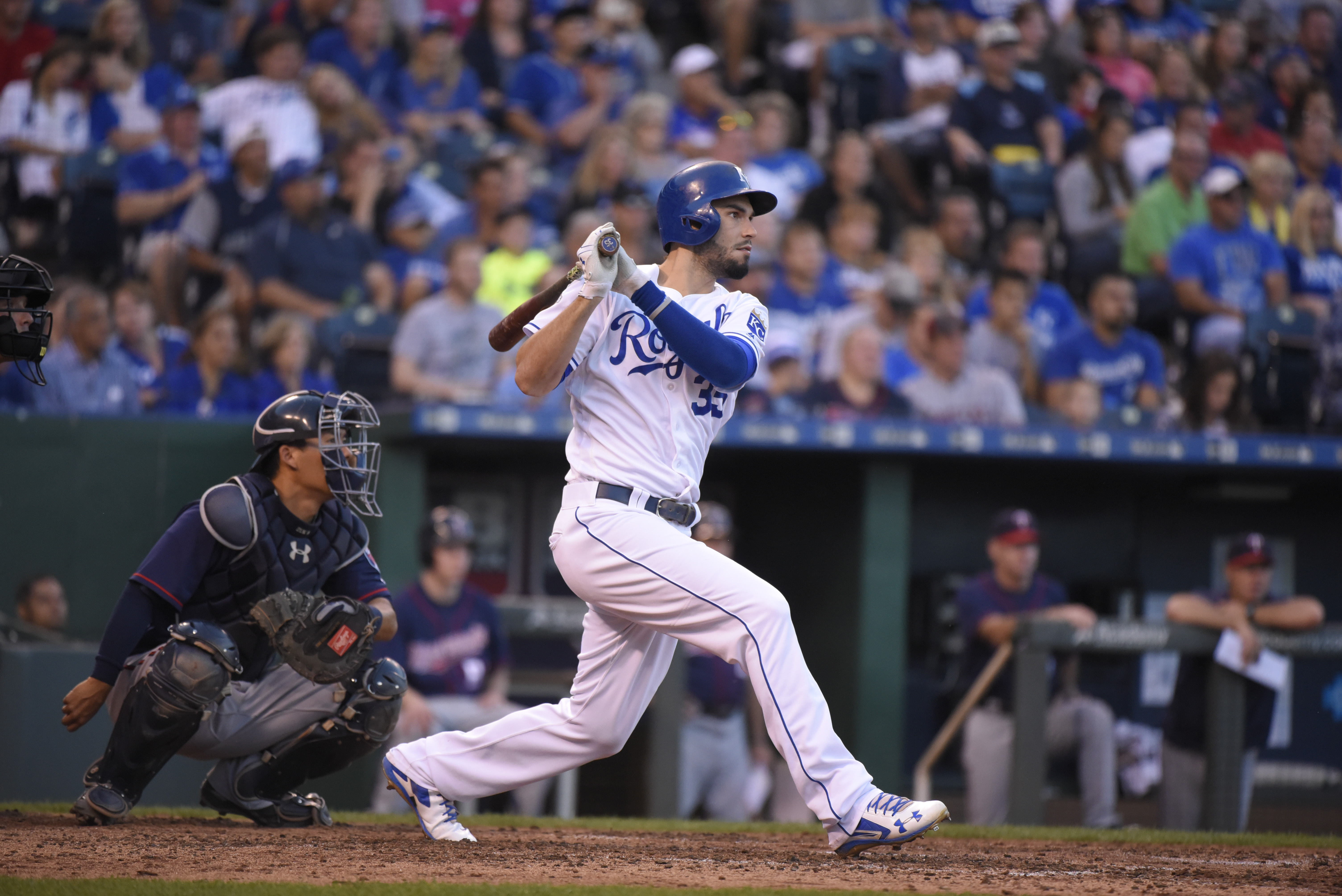 Eric Hosmer Must Stop This Trend to Truly Unlock His Power

The 2017 season is a critical for not only the Kansas City Royals, but also for first baseman Eric Hosmer. It’s his final year prior to hitting free agency, and he’s already built an impressive resume with his seventh big league season on the horizon.

After all, not many players can say that they’ve won three Gold Gloves (in consecutive years), appeared in an All-Star game (and took home MVP honors) and played in two World Series. Oh, and one of those trips to the Fall Classic ended with a bunch of champagne in his eyes.

While Hosmer claims to have never mentioned wanting a 10-year contract, it sounds an awful lot like something his agent, Scott Boras, would be asking for. He’s notoriously been one to set an exorbitant price for his clients, and someone eventually buckles more times than you’d think.

But will an organization buckle for someone like Hosmer? He’s put together a great resume thus far, but the journey into free agency this past winter for two reigning home run champions in Mark Trumbo and Chris Carter showed us that teams aren’t quite valuing players the same anymore.

And honestly, if one concerning trend continues into this season, it’d be surprising if Hosmer gets offered anything close to a 10-year deal.

On the surface, the 27-year-old is peaking at the right time. He’s approaching — or is already in — his physical prime, and he’s showing his growth with career highs in both home runs (24) and RBI (104).

Despite that single-season career high in homers, his ISO only improved five points from the year before (.162 in ’15 to .167 in ’16). Part of that can be explained by only hitting one triple (compared to five in ’15), but he basically swapped doubles for homers.

After three consecutive seasons of 30-plus two-baggers, Hosmer hit just 24 doubles in 2016, which was the second-lowest total of his career. So, even though it looks like his power increased, it was just re-distributed in a way that looks better to those who glance at his stat page.

A 20-plus homer and 100-plus RBI campaign is great to have on your ledger — especially when approaching free agency — but the warm and fuzzies about that kind of performance goes away when it’s accompanied with an fWAR of -0.2.

That was the lowest fWAR of any player who hit 20-plus homers last year. The only other hitter with a negative fWAR was Yasmany Tomas (-0.1).

Yes, fWAR also factors in defense, but there are plenty of defensively-challenged players among this group. And for the most part, their offensive performance was able to offset their lack of fielding skills. Hosmer wasn’t able to do that, and it’s unfortunate considering the kind of start he got off to. Entering the All-Star break, Hosmer was on track to have the best overall offensive performance of his career. After bringing home All-Star game MVP honors in San Diego, it looked like it’d be more of the same in the second half.

That didn’t happen, though.

The power and run production didn’t go anywhere, but his overall value as a hitter completely nosedived. His BABIP took a similar tumble (.347 to .244), but this wasn’t bad luck — his hard-hit rate basically didn’t change (34.5% in the first half, 34.3% in the second half).

Finally, it seemed as though his batted ball profile caught up to him.

Way Too Many Grounders

Hosmer hit a lot of grounders last year — he actually always has, so this is nothing new. It’s safe to assume that the Royals were hoping things would be going in the other direction at this point, though.

After producing a 49.7% ground-ball rate as a rookie in 2011, it jumped up to 53.6% the following year. That number slowly came down each year and settled in at 51.2% in 2014. But unfortunately, things have ramped up even more than before.

The fact that he produced a single-season career high in home runs is actually more impressive when looking at how he got there with regard to the balls he put in play. Howie Kendrick (61.0%) was the only qualified player who hit more grounders than Hosmer in 2016.

Since his batted ball splits didn’t change much from the first half to the second half, this could be a sign that his production may not be sustainable if these trends continue.

Making solid contact wasn’t the problem — Hosmer’s average exit velocity last season was 93.4 miles per hour, which was among the top 10 of hitters with at least 190 batted ball events. The problem was the kind of contact he made.

Barrels, a metric created by Statcast, is basically the best possible result for a batted ball. Only 10.2% of Hosmer’s batted ball events ended with a barrel. Of the same group of players from above, there were 50 with a higher percentage than him, and 45 of them did it despite a lower average exit velocity.

Part of that can be explained by his launch angle, which was below 20 degrees more often than not.

Unless Hosmer makes a change to his swing and approach at the plate, this is the kind of hitter he’s going to be moving forward. It’s not like it’s been a trend that’s been going on for a year or two — this has more or less been happening for six years.

It doesn’t necessarily need to be a huge change, but he’s not helping himself at all by hitting ground balls nearly 60% of the time he’s making contact.

The homer and RBI numbers are nice, but we’ve seen the changes in how teams value free agents right before our eyes. Hosmer may not be looking for a 10-year deal, but if he wants to get as significant of a payday as he’d like, hitting ground balls a little less frequently would be a huge help.