Is Dwyane Wade one and done with Bulls? 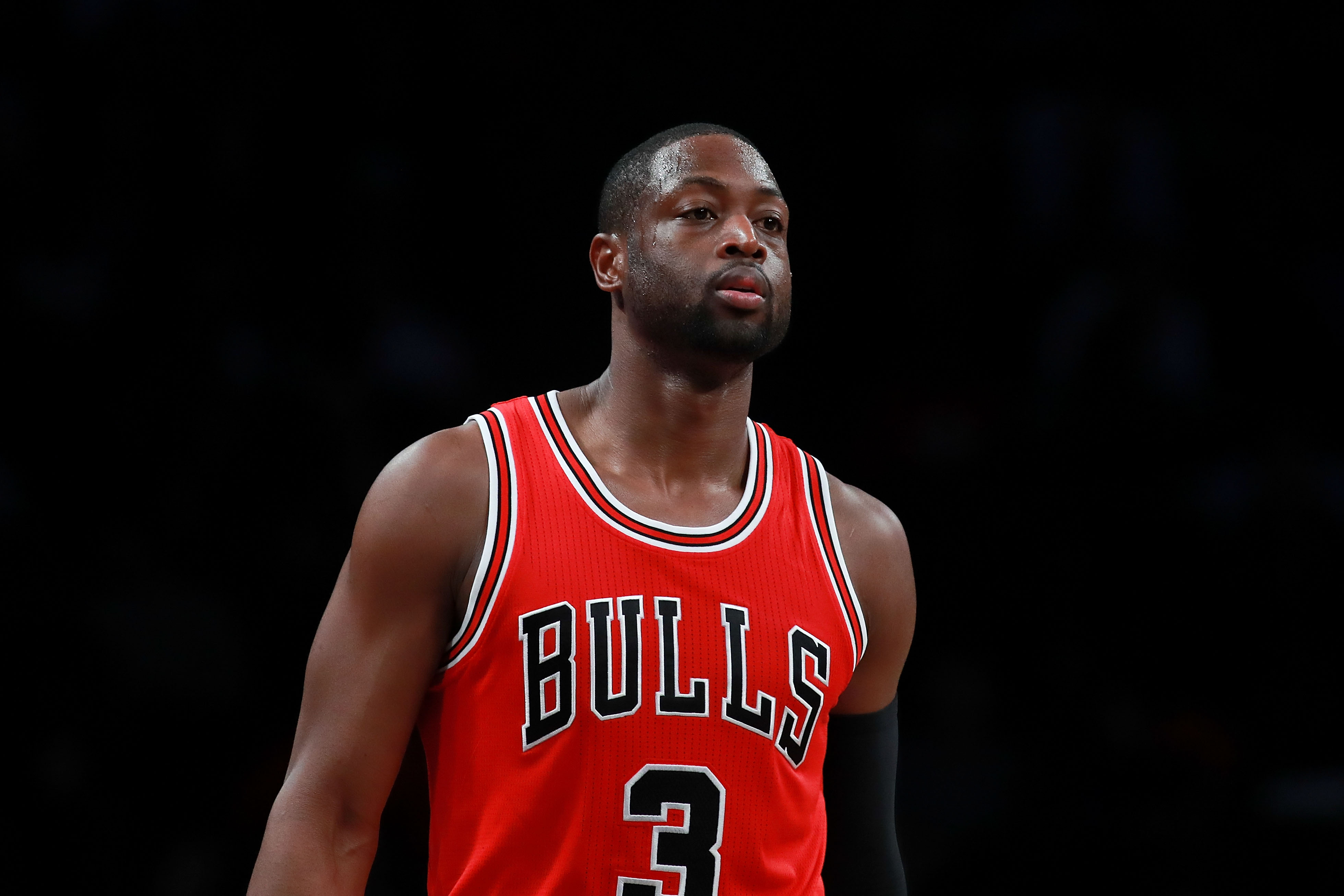 Is Dwyane Wade one and done with Bulls?

Dwyane Wade’s first season with the Chicago Bulls is officially over.

The team announced today that the 14-year veteran will be out the remainder of the regular season after a MRI taken Thursday morning showed a sprain and a small fracture in his right elbow. Wade was injured during the second half of Wednesday’s 98-91 loss to the Memphis Grizzlies. He finishes his first season with the Bulls with averages of 18.6 points, 4.5 rebounds and 3.9 assists, his lowest marks since his rookie season with the Miami Heat in 2003.

Wade, 35, signed a two-year deal with the Bulls last summer that includes a $23.8 million player option for next season. He can opt out of his contract and become an unrestricted free agent this summer, or he can stay in Chicago despite the Bulls hovering right around or below .500 for most of his first season.

Wade said in an interview with ESPN last January that he wants to play on a competitive team, and he will take a look at his options this summer:

“I can’t play this game forever. I just turned 35 and I have a number in my head how long I want to play. At the end of the day, you want to be in a situation where it’s a competitor situation, whatever the case may be. It’s tough in this league as well because a lot of that also depends on how much money you’re willing to make. It depends on what city you’re willing to be in. So it’s a lot of variables to that, but no question about it, what happens throughout this year, as I go into my summer, I’ll definitely take a look at it. I take my career seriously and where I am and where I want to be. And I will do the same thing this summer.”

This year’s free-agent class isn’t particularly strong at shooting guard, so it’s safe to say Wade could land with a different team this summer. However, Wade notes he isn’t “ring chasing” at this point in his career, so he’s also not going take less money just to play on a contender.

There’s also the matter of Jimmy Butler’s future with the Bulls, which Wade told ESPN will play a large part in his decision. Butler’s name was mentioned in trade talks last month, and there is a possibility the three-time All-Star could be dealt before this summer’s draft. If the Bulls decide to trade their franchise player, signaling a rebuild, then Wade will likely choose free agency.

Is this the last we’ve seen of Wade in a Bulls uniform? We’ll find out this summer.