Should the Chicago Cubs be favored to repeat as World Series champions? 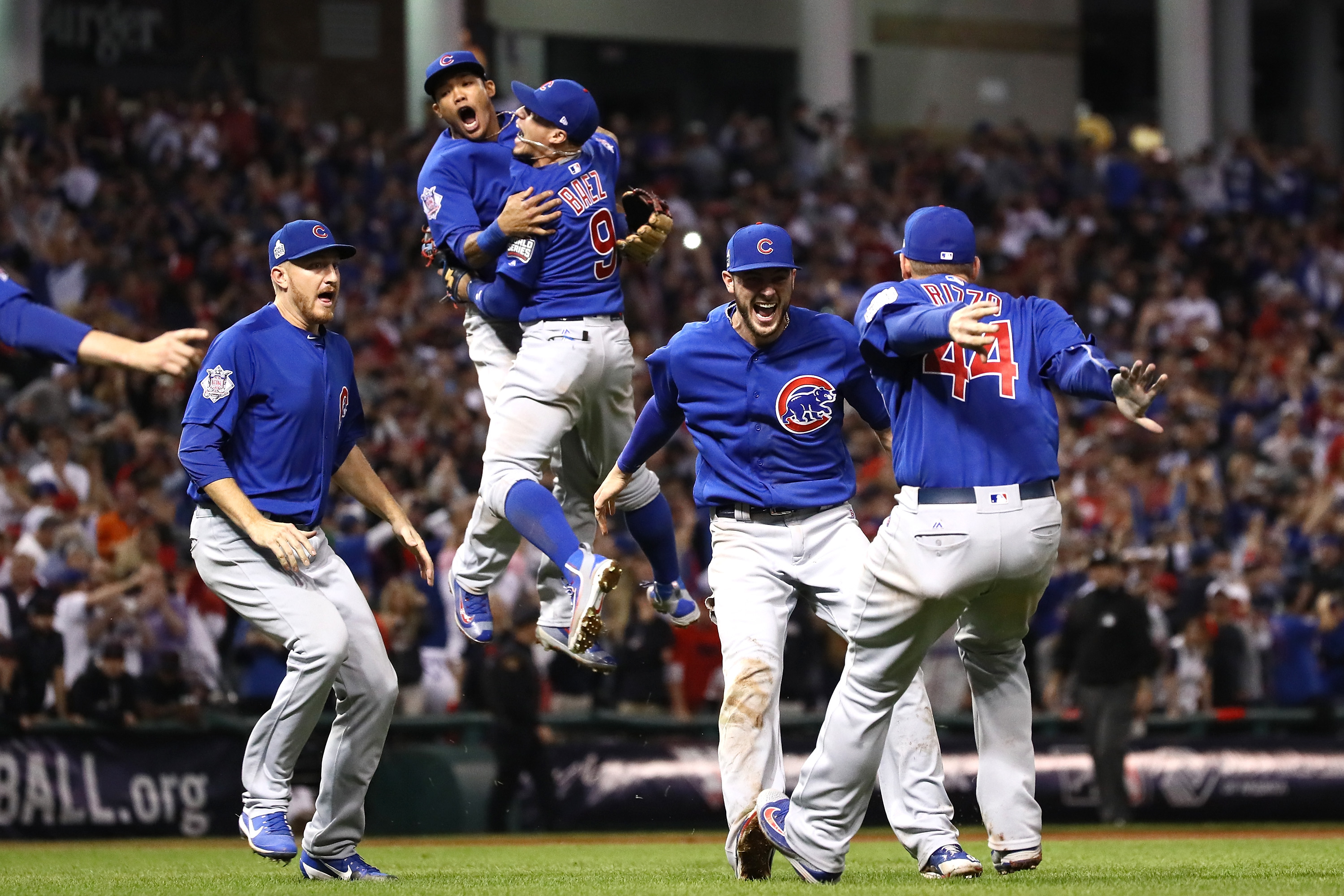 Should the Chicago Cubs be favored to repeat as World Series champions?

The Chicago Cubs came back from a 3-1 World Series deficit to defeat the Cleveland Indians and win their first title since 1908. The team showed a lot of fight and determination in pulling off the dramatic comeback, which a lot of teams would not have been able to muster.

But that’s not even the trait that other MLB teams should be worrying about heading into 2017. The scariest thing about the team is that the core of it is comprised of players aged 25 or younger.

The Cubs are the current listed favorite to win the World Series, as sportsbooks have them as 5:1 odds to repeat as champions. Behind them is the Red Sox, at 7:1 odds, followed by the Indians at 9.5:1.

It’s so tough to repeat as World Series champions nowadays, though, and many analysts are attempting to make a case for a team other than the Cubs to win it all.

History is not on the Cubs’ side, as the last team to repeat as champions was the New York Yankees, who won titles in 1998-2000.

To examine the Cubs’ chances of repeating, we should look at the rest of their division, as well as their offseason moves.

Let’s be honest: Both the Reds and Brewers are rebuilding, and don’t stand a chance against Chicago. The Pirates did not have a strong offseason, and once again look to be that team that sneaks into the playoffs, but doesn’t get past the wild-card round. The Cardinals are the only team that can legitimately challenge the Cubs, but Chicago won 103 games last season, and it’s hard to see St. Louis coming anywhere near that number.

As far as their biggest offseason departures go, Dexter Fowler and Aroldis Chapman top the list. The Cubs found a suitable replacement for Chapman in Wade Davis, who should be able to fill the void if his elbow can hold up. Hector Rondon looked shaky and had issues closing games last season, so the team probably won’t want to go that route. Joe Maddon’s limited use of him in the World Series speaks volumes about him pitching in pivotal games. As it relates to Fowler, Jon Jay and Albert Almora look to be filling that spot. Almora is a beast defensively, but would be a sizable downgrade at the plate, as Fowler is great at getting on base, and the Cubs would miss that. Jay is a considerable downgrade with the glove, and also lacks power. His on-base percentage, while it’s not what Fowler’s is, is still respectable, though.

The starting rotation looks to be similar to last season’s, but there are some questions about who will fill the fifth spot. Brett Anderson or Mike Montgomery look to be the leading candidates there, and both should be able to hold it down, assuming Anderson can stay healthy.

They may not win 103 games this season, but they’ve retained most of their players, and it’s hard to make anyone aside from the Cubs favorites to win the World Series pennant, at least at this point in time.