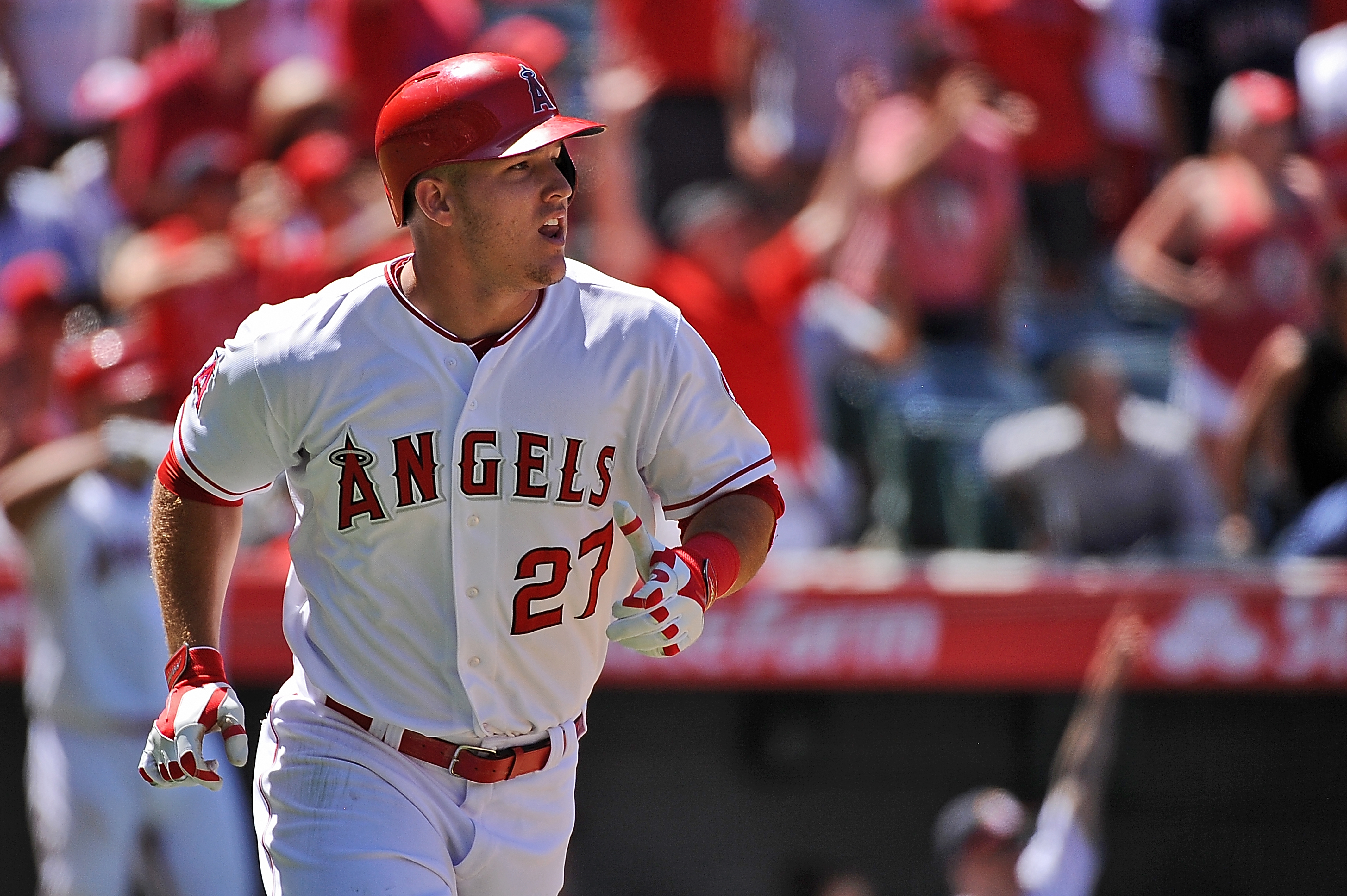 Of all the superlatives that can be lavished upon Mike Trout’s rookie season, perhaps the simplest and most appropriate is “unprecedented,” because no rookie in Major League history reached the statistical heights Trout achieved. For that matter, no second-, third- or even 20th-year player did so, either.

Trout led the American League in runs scored and stolen bases and finished second in batting average, despite starting the year at AAA Salt Lake and missing the first 20 Major League games. As for “unprecedented,” no player in Major League Baseball’s 141 years had ever surpassed 125 runs, 30 home runs and 45 stolen bases in the same season. Not one. Furthermore, he became the youngest player in history to record a 30 HR-30 SB season and the first rookie to combine 30 HR and 40 SB. Only two rookies scored more runs: Joe DiMaggio (132 in 1936) and Ted Williams (131 in 1939).

After making his celebrated, but far-from-polished big league debut as a 19-year-old in 2011 (batting just .220 and coming within a couple plate appearances of qualifying as a rookie), Trout was no sure bet to make the Angels 2012 roster out of spring training, especially not with an outfield/DH picture crowded by big contracts (Albert Pujols, Torii Hunter, Vernon Wells), big emergences (Mark Trumbo, Peter Bourjos) and big question marks (Kendrys Morales). When Trout missed almost all of the spring with an energy-sapping illness, his fate was sealed — he would start the season in the minors.

While the “Millville Meteor” was batting .403/.467/.623 for the Bees, the Angels were woefully matching the franchise’s worst start (6-14) and falling nine games behind the Rangers for the division lead. In the midst of a five-game losing streak, the Angels recalled Trout on April 28 with the team in Cleveland. He went 0-4 from the leadoff spot, but the Angels won, 2-1.

With Trout setting the table, the Angels fortunes quickly turned. The team went 18-11 in May and climbed back to .500 for the first time since the season’s fourth game. Trout batted .324/.385/.556, but continued to fly under the radar of a baseball world that seemed preoccupied by Nationals rookie Bryce Harper. He was even better in June, posting a .372/.419/.531 line and helping the Angels to a 17-9 record in the month to pull within 4.5 games of the division-leading Rangers.

It was what he did on June 27 in Baltimore, however, that finally made the baseball world truly sit up and take notice. With his family and friends watching at Oriole Park at Camden Yards, Trout made an unbelievable leaping catch in center field to rob shortstop J.J. Hardy of a first-inning home run. The catch was replayed for weeks and when people started to look at what he was doing with his bat and on the bases, as well, the youngster was not only a lock for the All-Star game, but suddenly in the discussion for AL MVP.

In July, Trout moved from “discussion” to “front runner,” posting an astounding .392/.455/.804 line. Comparisons to baseball’s immortals — DiMaggio, Williams, Mays, Mantle, even Ruth — became commonplace as statistical projections started to paint a picture of accomplishments matched only by the greatest of all-time — or no one in some cases.

Though he “slumped” to .287/.383/.500 from Aug. 1 on, and the Angels were ultimately unable to keep up with the Rangers and surprise division-winning Athletics, Trout made three more remarkable HR-robbing catches and sold more merchandise in the Angels team store than Pujols and all of his teammates combined.

At 10.7, he led the Major Leagues in Wins Above Replacement (WAR), a “new-age” unit of measure that combines all conceivable statistical information — offense, defense and baserunning — into the number of victories a player is worth over a league-average alternative. Only three players in history posted a higher WAR before the age of 25: Ruth (11.6 in 1920), Gehrig (11.5 in 1927) and Mantle (11.1 in 1957 and 11.0 in 1956). His season ranks 20th all-time and every player ahead of Trout (Ruth, Hornsby, Yastrzemski, Bonds*, Gehrig, Ripken, Wagner, Cobb, Mantle, Mays, Morgan, Musial and Williams) is in the Hall of Fame.

For Angels fans, it was a rookie campaign for the ages, only the franchise’s second ROY (Salmon, 1993) and left just one question: What will he do for an encore?