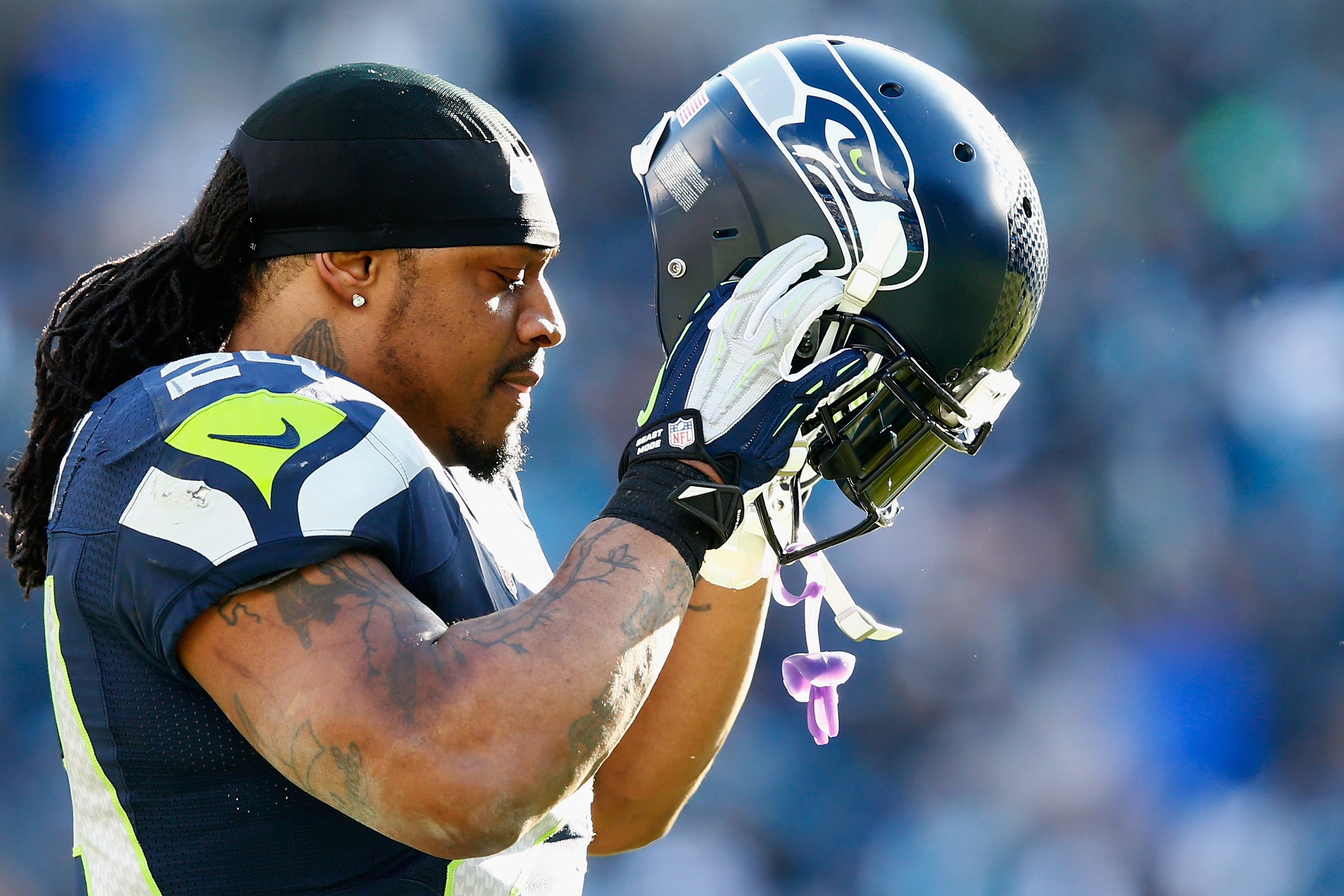 The Oakland Raiders convincing Marshawn Lynch to come out of retirement would cause problems for the rest of the NFL.

Oakland was already a great team last year despite a playoff run getting cut short by injuries. But adding one of the best backs in the league would put the offense over the top.

The Seattle Seahawks, of course, still own Lynch’s rights. But according to ESPN’s Adam Schefter, there is an opening here for a trade or release:

Raiders strongly considering acquiring RB Marshawn Lynch, either through trade or by his release, sources tell @JosinaAnderson and me.

The Seahawks just signed Eddie Lacy, so Lynch coming out of retirement and creating a $9 million cap hit would cause some problems.

And according to Pro Football Talk’s Mike Florio, Lynch is inching toward making a decision:

Per a source with knowledge of the situation, there is a “very good chance” that Lynch will end his one-year retirement.

The Seahawks would probably look to trade Lynch if it happens, and dishing him to an AFC team like the Raiders wouldn’t be a big deal.

It would for the rest of the AFC West, though. Derek Carr had a breakout year last season and leads a well-rounded passing attack with plenty of weapons. The defense, led by Khalil Mack, is elite. Adding a guy who rushed for 1,200 yards and 11 or more touchdowns four seasons in a row and now had a year off to get healthy tops off the offense.

Oakland would be wise to make it happen.