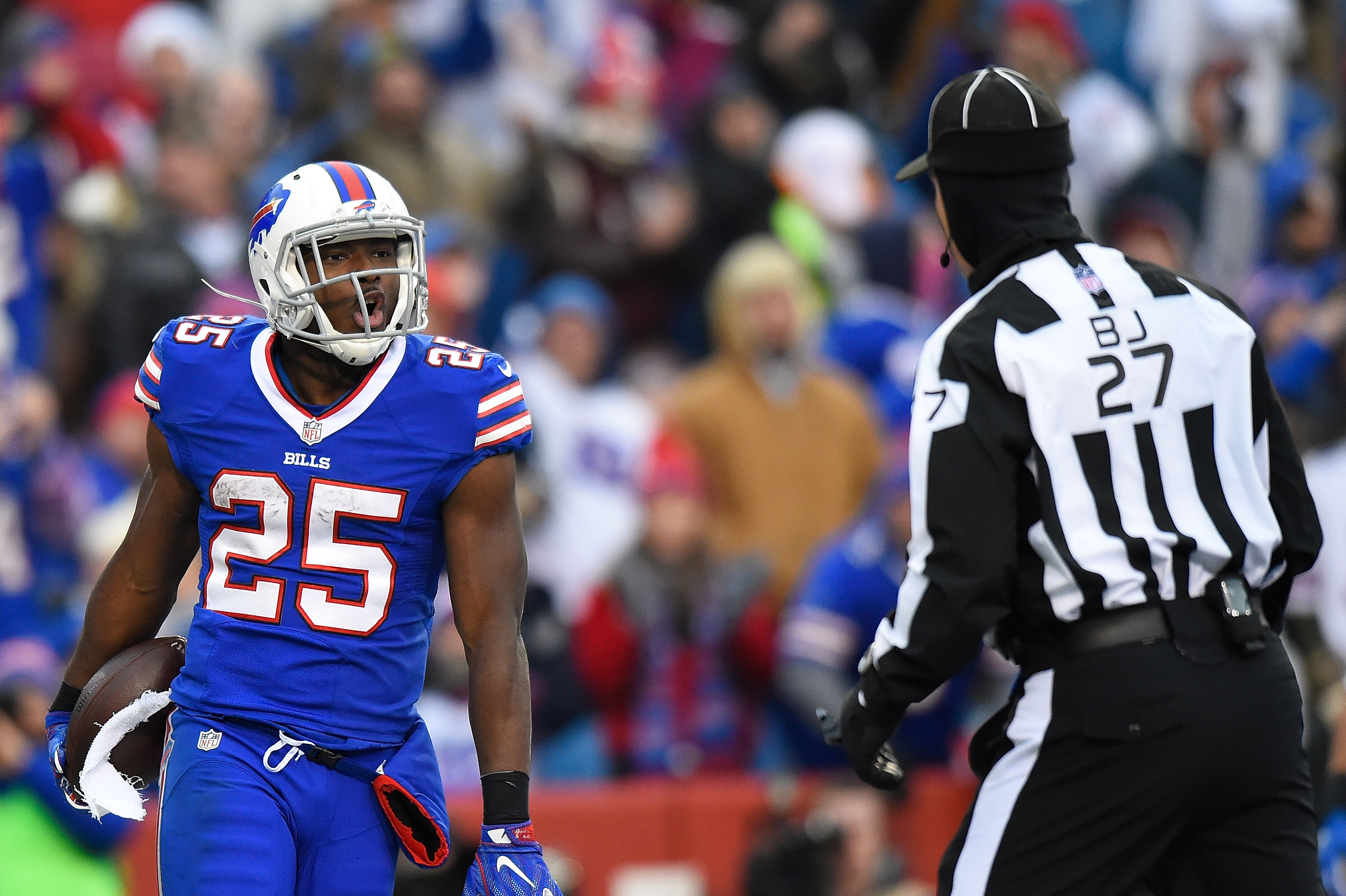 I’ve been wanting to write a piece on LeSean McCoy for some time now. Now, I’m not going to dive into the idiosyncrasies of zone blocking and how they affect his running game because that’s just a waste of time and click bait to show off your GIF skills. He’s an elite back and as long as he can cut, he’ll be fine. However, what I am concerned with is about McCoy’s longevity.

McCoy is going to be 29 at the start of this football season, and we’ve all heard the tales about how once you hit the big 3o, a running back’s production tends to dip. I’m not sure where I’ve heard that theory, and it does seem like a lazy narrative to throw out there without looking up specifics. I just want to get facts instead of hearsay.

So with the help of pro football reference, let’s take a closer look into whether a running back’s decline is a product of carries, a product of age, or both.

This isn’t your childhood’s football
Growing up as a ’90s child, I learned that running the football was paramount when it came to winning. Terrell Davis and Emmitt Smith accounted for 5 Super Bowl wins and were arguably the best at their craft. Thurman Thomas and Barry Sanders were O.Gs. Now, you may be thinking this is where I tell you that running is dead and the NFL is a passing league now. However, that’s not exactly the case.

Same number, but the difference? Teams aren’t running as much, but they are getting more yardage.

Yes, teams are passing more, but I feel defenses are so geared up to stop the pass, that it makes them easier to run on. Additionally, there are way more mobile quarterbacks who can take off and pad those running stats. So, what does this have to do with McCoy? It is tough to figure out if “the 30 and drop” mindset works today because running backs aren’t getting worn down like they did during the ’90s.

Running back by committee
I grew up with Thurman Thomas being an every down back. I couldn’t even tell you who the backup running back was for Barry Sanders or Emmitt Smith. Same for Terrell Davis. There was no such thing as a change of pace back. If you had a bona fide stud at running back, you only replaced him when he was out of breath. Now? There’s a running back for every situation. You got your short yardage backs, 1st and 2nd down backs, and your passing backs. If you are running the ball less and have way more backs doing the running, the following numbers make perfect sense:

Even though McCoy is a workhorse compared to his peers, he still only had 234 carries last year. Again, and this will be the recurring theme, if you’re thinking about what running backs did in the ’90s, it is tough to estimate the expiration date for today’s running backs.

29 vs. 28
Since McCoy isn’t quite at 30, I thought it would be helpful to look at the difference between running backs between the ages of 27-29:

Eh. That’s a pretty steep drop-off at 29. If you want to zero in on individual players from 28 to 29, it gets a little trickier, but we’ll take a look at a few of them. Of the running backs who gained at least 700 yards in one of those two years, only 8 players had more rushing yards at 29 than at 28. The number after their name is how many more yards they gained at 29 than at 28:

Below are the players who hit a wall at 29. The number after their name indicates the negative difference between 28 and 29:

And two who were a little more unique:

Tiki Barber and Curtis Martin are the only guys I can think of who ran just as well in their 30’s as they did at any part of their career. The rest? They kind of hit the bricks. Some running backs did hit over 1,200 yards after 30, but they don’t usually keep that up consistently. Only three running backs had over 1,200 yards rushing in multiple seasons after they hit 30 (Curtis Martin, Thomas Jones, and Tiki Barber).

Bottom line: If you were a workhorse back in your 20’s, you tend to get fucked around 30.

McCoy’s Workload
Since 2009, LeSean McCoy has the 3rd most carries in the NFL at 1,898. He also has the 3rd most receptions at running back with 382. You are talking about a player who has the 2nd most touches over that span. (Matt Forte is first.)  Maybe it is because of injuries, but the Bills really haven’t ridden McCoy into the ground. Karlos Williams was a nice change of pace back in 2014 and TD Mike did a nice job towards the end of last season. Unfortunately, you can’t say the same about McCoy’s years in Philly where he had 270+ carries three times.

The best barometer for Shady is probably your typical all-purpose backs. It wouldn’t make sense to compare Shady to say, AP or Jerome Bettis. We need to consider the fast guys who run to the outside more than north to south, and we need to think about catches as well.

Final word:
I was hoping to find some sort of way to give Shady a few extra years, but the odds are against him. Sure, I believe “Running backs are done at 30” is painting in broad strokes, especially in 2016 when running backs are carrying the ball less because of running-by-committee and teams passing more, but the issue with Shady is that he’s had a heavy workload in terms of touches over his career. If he was on New England, he would probably last until he was 34 because they don’t run the ball all that much, but the situation is different here.

Another problem with trying to figure out if workload outweighs age as a factor, is that Father Time isn’t always a predictable stat. He tends to come in unannounced to mess with your career. Shaun Alexander had 1,800+ yards at 28 and then he went below 1,000 at 29 and was basically finished. Brian Westbrook was one of my favorite running backs and at the age of 28, he had over 2,100 yards in total offense. At 29, he went down hill and finished with just over 1,300 yards in total offense and then had just 274 yards rushing the following season. Boom. Career was finished. It happens without any warning. We can probably say that Barber/Holmes ran well in their 30’s because they didn’t run much in their early 20’s. You can’t say that for Shady because he’s been the guy basically since the Eagles drafted him.

The only running back on this list who defied logic with running at the start of his career to the very end is Curtis Martin. He had 1,697 yards rushing at the age of 31 and had 8 straight 1,000 yard + seasons prior to that. He’s the one guy who ran that well at 31 who either didn’t start his career late or become the number one guy after sitting the bench/splitting time for a while.

I gotta say, after researching this piece, I’m scared to death Shady is going to just fall off a cliff.

I may have jumped the gun in tweeting out how the Bills shouldn’t pay for TD Mike. If they do let him go, I’m hoping either Jonathan Williams or some guy in the late rounds can be a decent change of pace back.  It is easy to fall in love with what McCoy did last year and say fuck depth. He was easily the Bills best offensive player and it is easy for me to forget his age.

I’m not sure how much gas is left in McCoy’s tank, but I do think the clock is ticking and history says he’s about to hit empty soon. I think it would behoove the Bills to not run him until he pukes but to orchestrate that 1-2 punch with another running back.

This may sound like I’m kidding, but don’t run him into the dirt in order to hit a 6-10 record this year. Save him for the playoff run in 2020.