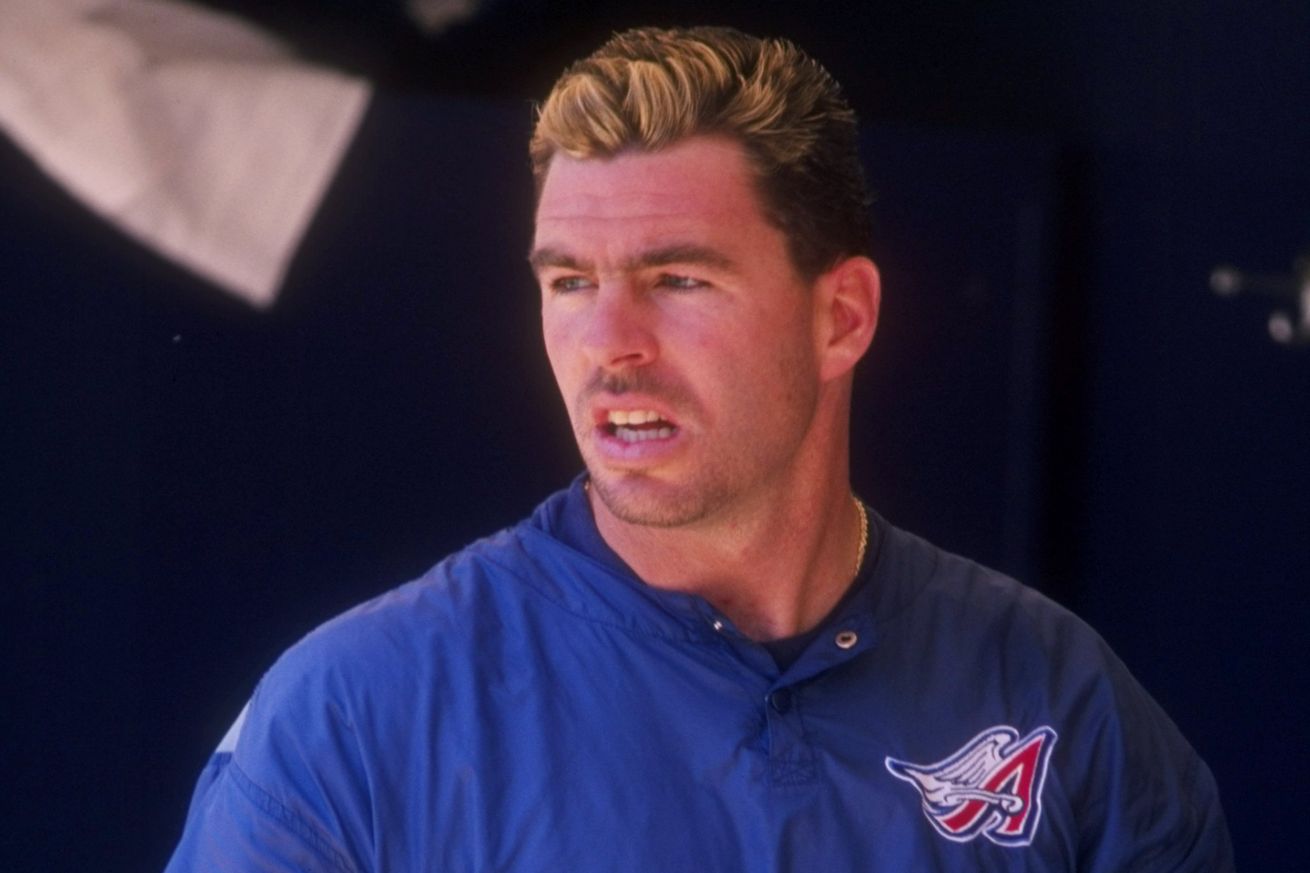 No, “The Catch” will be remembered quite simply because it was an unforgettable display of physical prowess that might never be duplicated.

In the fifth inning of a 1-1 tie at Kauffman Stadium, David Howard came to the plate with two on and two outs. Howard lined a Jason Dickson fastball to straightaway center field on a frozen rope. Edmonds, who always played a shallow center, turned, put his head down and charged back to where his instincts told him the ball might land.

As the ball sailed over his head, Edmonds threw his body in the air and blindly reached out his gloved hand as far as he could and, as Angels television broadcaster Steve Physioc called it …

“A long run for Jim Edmonds … OH, HE MADE A CATCH! UNBELIEVABLE!”

Edmonds wound up on the edge of the warning track, rolling onto his back with his legs in the air, left hand reaching up to display the ball.

“I looked up and saw it come over the bill of my cap and thought I might as well lay out for this one, the game’s on the line here,” said Edmonds, who doubled home the go-ahead run in the ensuing inning. “I heard (Tim) Salmon screaming and I saw Luis (Alicea) throw his glove up in the air and (Gary) DiSarcina had a blank look on his face.

“I’m thinking, ‘Man, I got the ball in my hand. Is there something else I’ve got to do?’ I had to sit there for a second and think about it.”

What everybody else thought about it was they’d never seen anything like it.

“That was one of the greatest plays ever,” veteran umpire Dave Phillips told the Kansas City Star. “That made Willie Mays’ play look routine.”

“It’s one of the greatest catches I’ve ever seen, and 95 percent of the guys in here will tell you that,” Howard said. “People don’t just dive on their face with their back to the infield as they’re heading into the wall.”

“The angle of the ball directly over his head, diving away from home plate … tells you what a great player this guy is,” Angels manager Terry Collins said. “He’s a brilliant outfielder.”

USA Today in 2002 ranked the catch as the third-most amazing play of all-time, behind Mays’ 1954 World Series grab and Ozzie Smith’s barehanded magic in 1978.