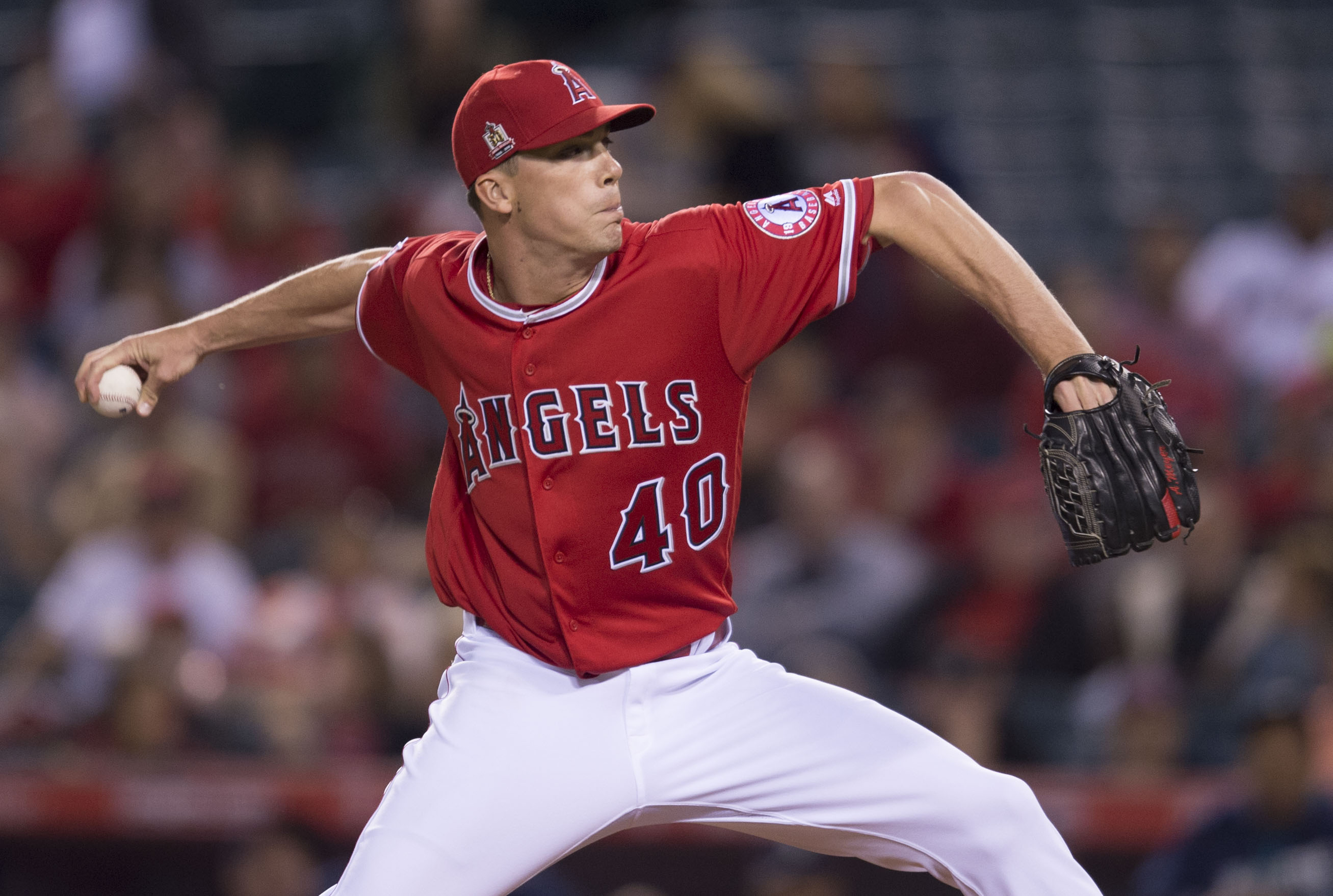 Summary: Meyer is a former first round draft pick out of the University of Kentucky and consensus Top 50 MLB prospect.  With his long, lean, 6’9” frame, Meyer delivers power fastballs clocking in at over 100 mph, but typically sitting around 96-97.   Because of his abnormally large frame, mechanics have always been an issue with Meyer, but it didn’t truly begin leading to control problems until he reached the high minors.  Meyer’s slider has always been a true “out” pitch, as it comes in with high 80’s velocity and a big break.  What’s more impressive is that Meyer has never had any trouble throwing this pitch for a strike.  Even as a kid just learning the ropes, Meyer’s slider has left major league hitters with buckled knees.

Upon being traded to the Angels, Meyer began sacrificing velocity for control.  What was once a 98 mph unguided fastball is now a 95 mph semi-guided fastball.  His ability to command this pitch is key to Meyer’s future.  After moving to the bullpen in the Twins organization, the Angels believed in Meyer’s arm, and have placed him in the rotation, and fully intend to allow him to develop as a starter. Though it’s a bit abnormal for a prospect of Meyer’s age to be so well regarded, it should be noted that at age 24, Meyer had breezed through AAA and was ready for the majors.  The Twins kept him down to manage her service clock.  In his age 25 season, shoulder injuries and fatigue robbed him of effectiveness.  At age 26 this past season, injuries again struck, though in his brief time in AAA, Meyer was again dominant.

The Angels have tinkered with Meyer’s delivery a bit to try and save his shoulder from becoming completely detached.  Typically, I’m opposed to altering any elite pitcher’s delivery, but in Meyer’s case it’s a completely worthwhile gamble.  If the Angels can harness his frame, reach, torque/whipping motion and strength while take the pressure off his shoulder, Meyer could very well join Garrett Richards atop the Angels rotation.  And if the new motion saves his shoulder, yet Alex is still unable to fully command his pitches, then he still would make for an Andrew Miller-level reliever.  You know the type, tall lanky, former starting pitcher that throws in the high 90’s and can go multiple innings.

The early results are pretty much exactly what you would expect.  His first outing was shaky, but he got through it.  Meyer’s second outing was a disaster, walking four batters and sacrificing velocity in an attempt at control.  His third outing was about as good as it gets.  Two scoreless innings, velocity back up at 96-99.  Scioscia described him as throwing “BB’s” (not base on balls, but the smaller metal projectiles).  And that’s how good Meyer can be.  He can be completely, and utterly dominant when it’s going right.

What to expect next season: Meyer appears to be destined for AAA Salt Lake to begin the season.  This is a shame, because Meyer has never been challenged at AAA, and sending him there as a 27 year old is just silly.  But other factors have played a part in this assignment.  For one, Jesse Chavez, his primary competition for the 5th starter spot has looked very good this Spring, and there are indicators that suggest that Chavez may be in line for a career year in Anaheim.  There’s also Meyer’s new throwing motion that he’s ironing out and getting more comfortable with.  It’s better to get this under control in AAA than the majors.  Inevitably, Meyer will be up with the Angels at some point this season.

Estimated Time of Arrival: He has arrived.