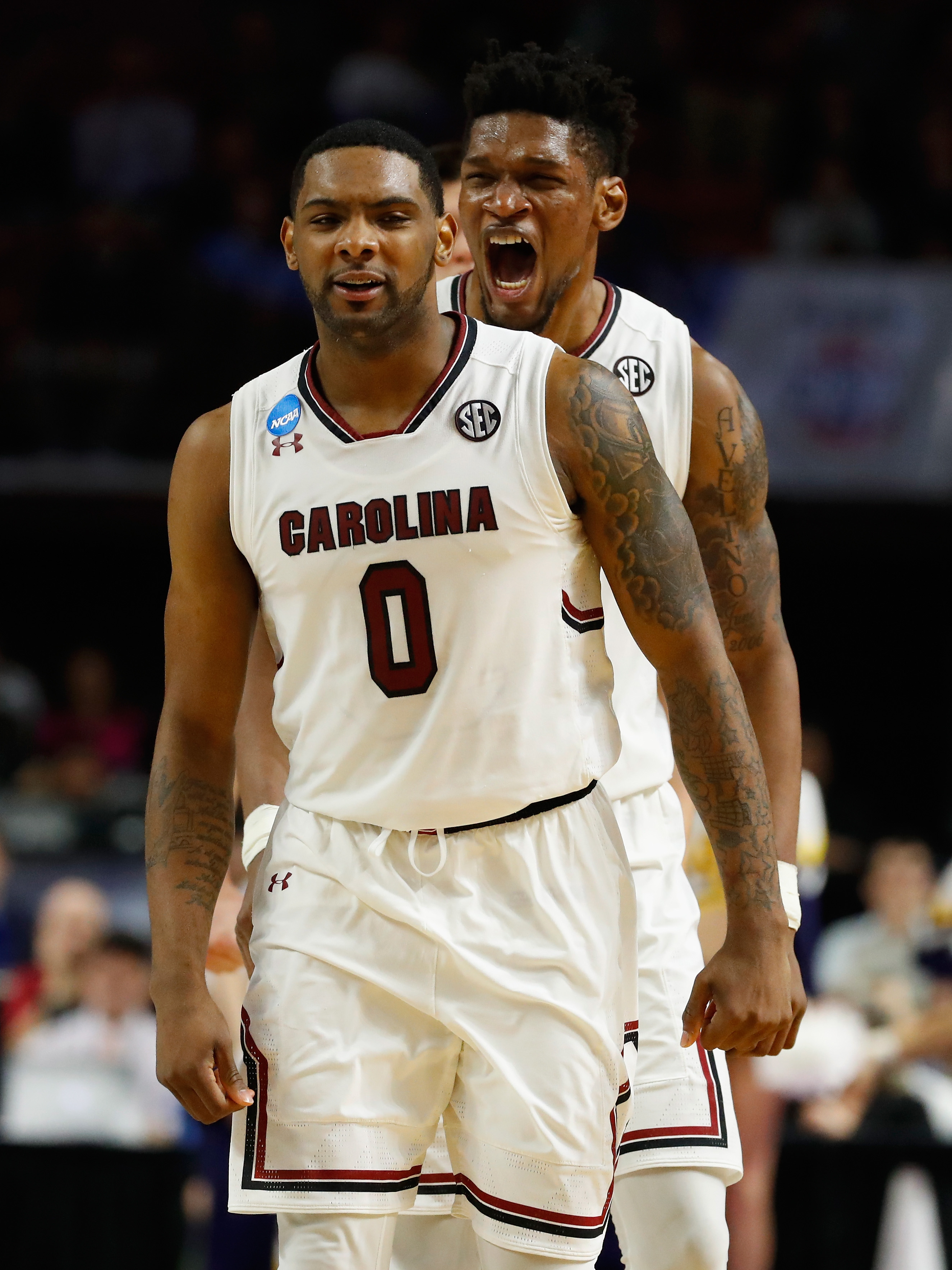 For the first time in over 40 years, the South Carolina Gamecocks men’s basketball team has won an NCAA tournament game. The Gamecocks overcame a first half deficit to beat Marquette and advance to a 3rd round game on Sunday. Sindarius Thornwell was the force the Gamecocks needed with 29 points on 10-19 shooting. The 7th seeded Gamecocks will face the 2 seeded Duke Blue Devils on Sunday.

South Carolina wins an NCAA Tournament game for the 1st time since 1973. 203 teams had won an NCAA game since then, per @thestate.