This Week in Spring Tribing: Week 3 Brantley's Back (Kind of) and the Rest Will Be Soon 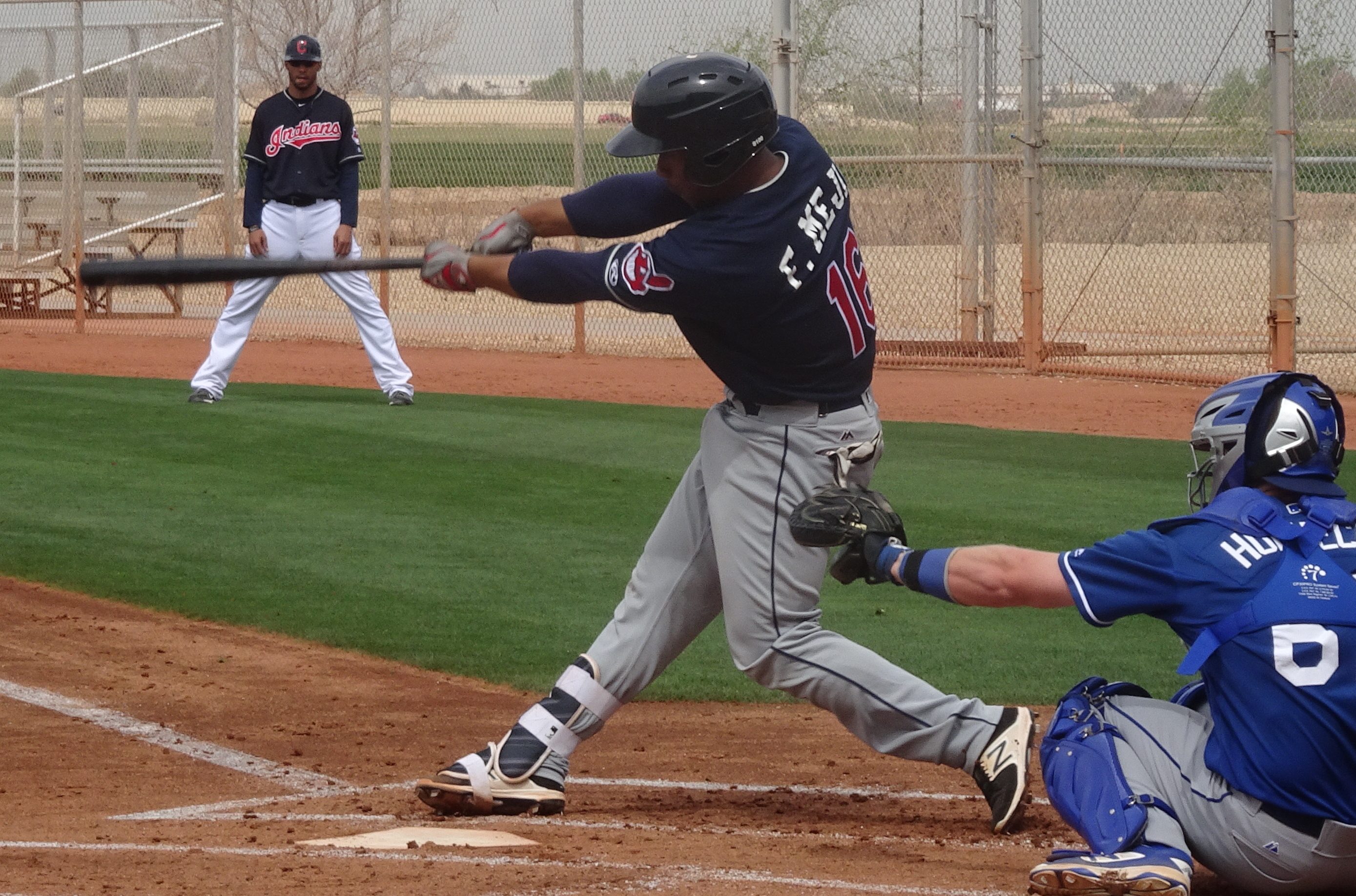 This Week in Spring Tribing: Week 3 Brantley's Back (Kind of) and the Rest Will Be Soon

After two weeks of relatively cool weather for Arizona, the sun came out in week three and heated up the bats. With temperatures reaching the mid-90’s, the Indians scored at least five runs in each game from 3/10 through 3/16 and allowed at least five in all except one during that span, maxing out at 11 runs scored (twice on 3/12 and 3/15) and 12 runs allowed (3/15). This extreme amount of offense aided by the increase in temperature and the increase in low level minor leaguers logging innings is a great reason to ignore the vast majority of Spring Training stats.

Something that shouldn’t be ignored is the fact that Michael Brantley played in a baseball game. His first actual game action came on Wednesday when he played in the AAA game at the Indians development complex. His second at bat can be seen in full below:

Brantley hit that double and grounded out twice (the second time driving in a run) and scored a run on a Yu Cheng-Chang home run. He played left field and did record an out although he wasn’t greatly tested. His response to playing in this game will determine future play and if he can get a few regular starts in during the coming weeks, he could still be ready to break camp with the team when they begin the regular season.

Mejia rounds third after hitting a grand slam on March 11th, 2017 to give the Indians the lead. – Jennifer Coblitz

With the opening of the minor league Spring season, the Indians made their first cuts from camp, Francisco Mejia and Nellie Rodriguez. Both players were never going to make the 25 man roster and were only in camp to get some Major League experience. They will now be better served playing with their fellow minor leaguers as Major League camp focuses more on players who could potentially effect the team. There will likely be a much larger group of cuts coming when half the Indians return from Texas on Sunday.

While the split to Texas combined with a few Indians still in the WBC (as of Saturday morning it was Andrew Miller, Francisco Lindor, Joe Colon, Roberto Perez and Carlos Santana) and the opening of minor league games has thinned out the Tribe roster, it has given us a chance to see as many players as possible at the same time. Lindor and Miller looked good in the USA vs Puerto Rico match-up on Friday night while Danny Salazar, in San Antonio vs Texas, and Corey Kluber, in Goodyear vs Cincinnati, had excellent starts each going five innings. Kluber struck out five and Salazar nine while both allowed two runs.

Another player who continued to showcase himself this week was Austin Jackson. He was tested early Friday night when he singled, then scored from first on a Yan Gomes double. Assuming he is completely healthy, there is a good chance the Indians would want him to break camp with the team as he will become a free agent if he’s not on the 25 man roster. If Brantley remains out, this would be an easy decision, but even if Brantley is healthy, carrying Jackson instead of either Abraham Almonte or Tyler Naquin would allow the team to maintain the rights to all three players and could give the team a defensive boost if nothing else.

Finally, with Jason Kipnis expected to remain out for at least a little longer and the Indians appear to be leaning towards starting Jose Ramirez at second with either Yandy Diaz or Giovanny Urshela at third. Both are recent additions to Spring Training in a way as Urshela just returned from playing in the WBC with team Colombia on March 14th and Diaz returned from his groin injury on the 15th. Urshela started all three games for Colombia, but hit poorly with just two hits in 14 AB and no walks. In his first game back in Goodyear, however, he had a single and a double and is hitting .316/.333/.526 overall. As expected, he hasn’t taken a walk yet this Spring, although he has only struck out three times.

Diaz, on the other hand, has drawn six walks in 13 at bats while also striking out three times. There is little question that Diaz provides the better approach at the plate and more power while Urshela is the better defender. With Lindor at short, the Indians don’t need a Gold Glover at third, so their choice will lie between which is more important, the glove or the bat. There is also one extraneous variable that could affect this decision. Diaz is not on the 40 man roster and has not made his MLB debut. While there are a few easy decisions that would make room on the 40 for him without losing anything (such as placing Tim Cooney or Cody Anderson on the 60 Day DL or giving Hoby Milner back to Philadelphia), the Indians might not want to start his service time clock yet.

The question to that would be, if not now, when? Diaz is already 25 years old and would already be under team control long into the 2020’s. If the team is truly focusing on winning in 2017 as much as it appears they are, there is no reason to let this aspect of Major League Baseball to get in the way.

Next week will be a big one for the Tribe as they have a lot of cuts and decisions to make before they break camp. If they don’t want to wait until the last second, the next seven or so games could loom large in fueling those decisions. The last off day of Spring will be March 21st for the Tribe and after that, everyone will be back in Goodyear from their various excursions. To make things a little more fun, the Indians will play the Cubs twice (3/24 and 27) in the final two weeks and should have the full roster available for both games.