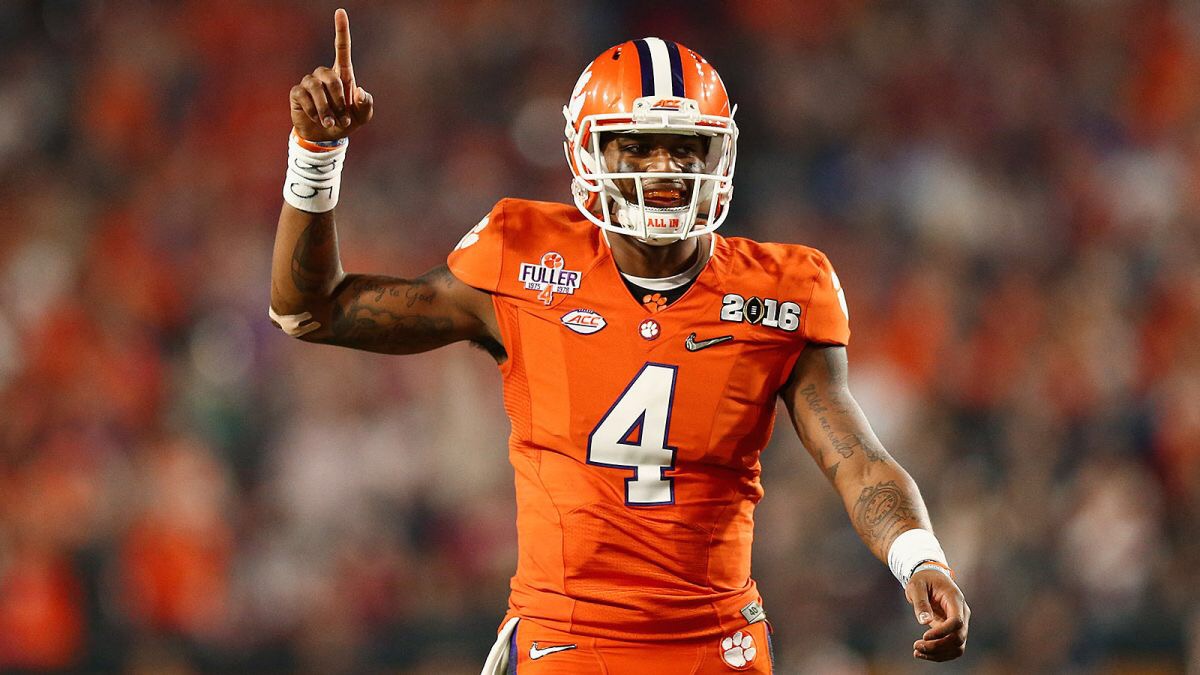 As we get closer to the draft (and as free agency winds down) I will be putting out a few mock drafts. Each time I will go through the process 3 times, with a full 7 round mock once, and each time operating under the rule that I must make different selections each time. Of course I will still make decisions based upon the Saints realistic needs and will prioritize the biggest weak areas of the roster over others. Without further ado lets take a look at what this rounds 3 mocks brought us.

This is easily my favorite of the three drafts. I started by taking what is to me the safest pick possible at 11 in Derek Barnett. I don’t think he will ever be a superstar, but is the safest pass rusher in this draft in my opinion because he has the lowest bust potential at what is today the Saints biggest area of need. McCaffery became a major player of interest at 32 the moment the Saints traded Brandin Cooks, and as I’ve already covered I think McCaffery is an absolutely perfect fit for the Saints offense. White would likely be the first corner off the board in some other year’s drafts, I think he’s that good. However this year’s draft is loaded at that position which greatly benefited the Saints in this case and helped push White down to them in the 2nd round. Ending the LSU player to the Saints draft drought is an added bonus as White is a great player at a position of need.  Getting Bowser in the 3rd gave them another explosive athlete to add to the roster, and this time its an ascending defensive player whose just beginning to come into his own. As a former basketball player Bowser could be the Jimmy Graham of defense. I took Cameron Sutton in the 3rd for a few reasons, he was reportedly awesome throughout the Senior Bowl and as one of the highest football IQ corners in the draft. He’s got skill, intelligence, and helps add depth the Saints desperately need at the position. I took Kelly in the 6th because he has the talent to be a great QB, but his combination of injury and being a knuckle head dropped him way down. However, by the 6th round its a great low risk high reward situation and giving him a couple of years to emulate Drew Brees (hopefully on the field and off) may just net the Saints their starter of the future. I finished with Bower who is a talented kid who never truly had the lights turn on in college, he’s the perfect 7th round player and I REALLY wanted to take every shot I could to fix EDGE.

This draft gets weird after the first pick. Lattimore is the best corner in the draft, but he comes with injury concerns that make him a gamble. Personally even though I LOVE his talent I’m just not willing to take the risk on his injuries, but the rule was I couldn’t make the same move and he was the smartest choice at this spot. The biggest shocker, and there is ZERO chance of this happening in real life, was that Leonard Fournette dropped to 32. If he’s there this late you take him and you don’t even question it. Fournette is a truly special talent and Mark Ingram proved last year he can be a 3rd down back. Fournette could help prolong Drew’s career and is explosive enough that he doesn’t NEED 20 carries to help the Saints, maximizing the player and benefiting the team are different things. Charles Harris is a very talented pass rusher who has a nasty first step and some pretty impressive agility for a man his size. He’s not necessarily an elite pass rusher (especially right now) but shows flashes of being able to develop into the type of explosive pass rusher the Saints need opposite Cam Jordan. I took Desmond King in the third because he fits one of a pair of defensive needs, he was a pretty good corner in college, but he’s being projected as a safety and I like him a lot as a guy who could develop into a free safety for the team. Everett was the BPA in the 3rd round and would give the Saints an explosive athlete at tight end that could help the offense reach another level, he was just too tough to pass on.

Personally I like this draft a lot, and I’m also positive that MANY of you are going to hate it. I know there is this #2017YOLO movement (started by our good friend Ralph Malbrough) on twitter, and I’m mostly on board with it. However, if you have a chance to get your QB of the future, you take him and personally I think Watson is the guy. I was shocked he was available at 11, but he was and if he is I’m taking him. There are some people who believe that Gareon Conley might be the best corner in this draft after Sidney Jones tore his achilles last week, and getting a guy who has all the making of a great starting cornerback at 32 is too tempting to resist. Conley is smooth, athletic, and skilled and I’ll take adding a corner like that every year thank you. Budda Baker is a great deep safety prospect and while he’s a little undersized he shows a great ability to react to plays and wreak havoc on the back end and in the Saints 3-safety sets he could thrive. Hendrickson is very much like Kikaha with two working ACLs, meaning he’s an effort guy more than he’s a great athlete. Bowser was available, but rules are rules so I didn’t take him but he would have been my pick. The final player I took was Duke Riley who I believe could potentially be a weakside linebacker for the future of the Saints.

Tell me what you guys think of this draft and keep in mind that while mock drafts are a lot of fun, they are at the end of the day all hypothetical and more for the amusement of us fans than useful to the teams.