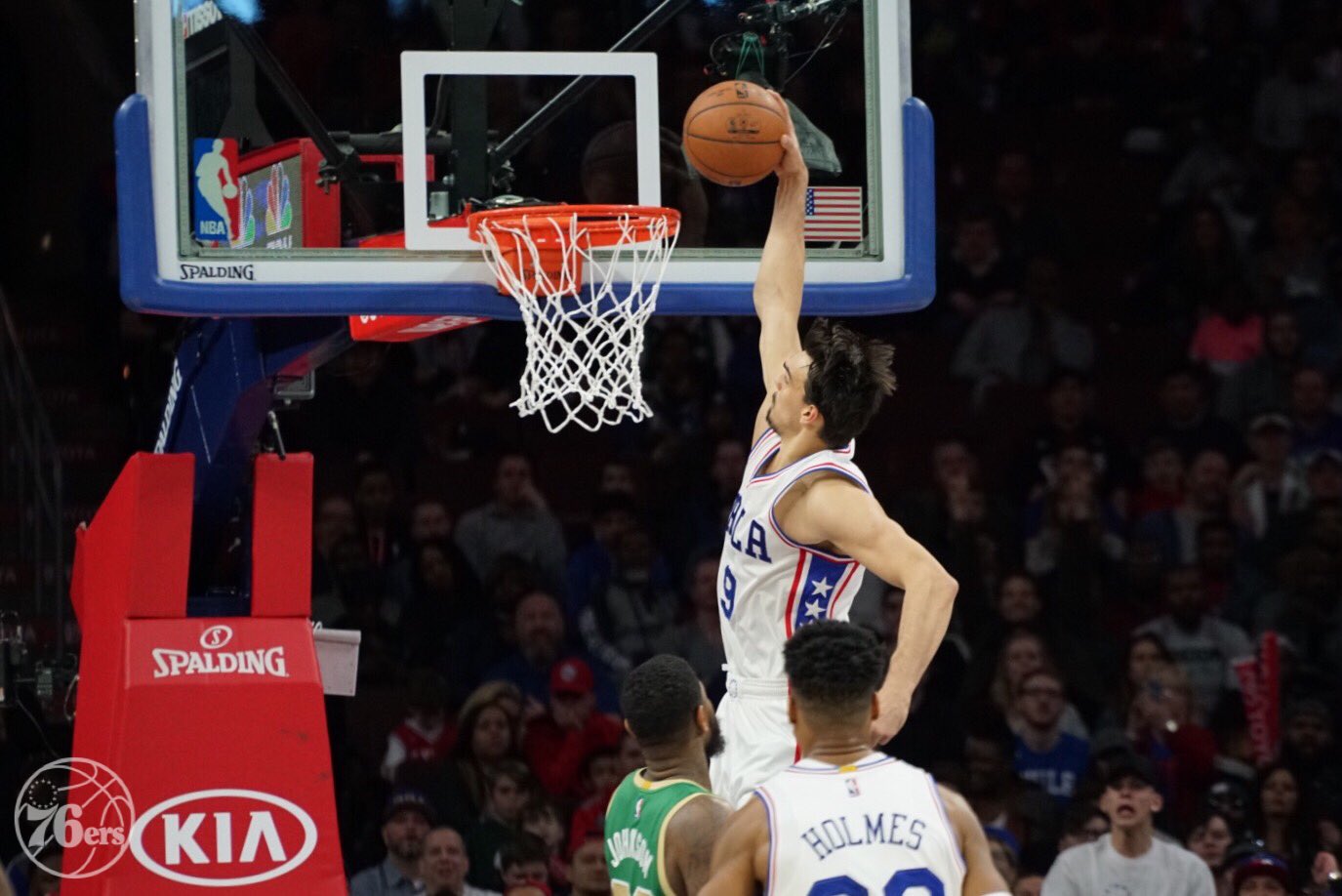 The Boston Celtics are a fairly predictable bunch. On paper, even without Isaiah Thomas, the Celtics should have been able to hold off the Sixers because they are, in fact, a better team. But Philly was better today when it mattered. The Celtics, coming off a lackluster win against the Nets, built a big lead against the Sixers but then immediately became like me in high school when the pretty girl said “yes, I’ll go out with you.”

They had control but panicked the instant there was a hint of losing it. That panic fed itself, becoming a perpetual motion machine of suck… and the C’s fell to the Sixers 105-99

Starting to write a recap at 1:00pm on a Sunday is an adventure. I haven’t really had enough time to shake last night’s hangover and it’s just weird to be writing about a game with daylight flowing through my windows. I feel like the Celtics felt similarly discombobulated the way they started this game. They started slow, made up a small deficit, then fell asleep again, allowing Philly to get to the rim at will. Luckily for the Celtics, Kelly Olynyk and Gerald Green bailed them out of an eight point deficit. Olynyk had a couple of layups and a nice pass to a cutting Terry Rozier while Green hit a buzzer beater to get the C’s within two after the 1st quarter.

The Celtics fell back asleep in the 2nd quarter, basically refusing to impede any Sixers’ progress to the rim. The Celtics went down eight again behind a barrage of Philly layups. The Celtics countered by missing a bunch of 3’s but they climbed back within one once those 3’s started to fall. Terry Rozier’s 11 2nd quarter points helped power the Celtics offense while the C’s defense tightened up a bit to help the turn that two point deficit into a five point halftime lead.

The Celtics stormed out of the half behind Al Horford, who opened the half by volleyball spiking a Dario Saric layup attempt, flying downcourt for a dunk, and then finding Avery Bradley for a backdoor cut and-1. He took a beautiful pass from Marcus Smart to lay in his 22nd and 23rd points of the night (11 to this point in the quarter) in just 15 minutes of playing time to push the Celtics lead to 13. But Al Horford had to rest at some point, and the moment he did the Sixers went on a run to cut it to five. The Celtics got it back up to nine but then couldn’t box out (put back to cut it to seven) Fell asleep in transition after a long, fruitless offensive possession (breakaway dunk) and then compounded the issue with a dumb mistake (turnover after the inbound that resulted in a layup) and that 13 point lead was just three going into the 4th.

Philly came back to take an 84-83 lead behind a layup and a 3 from Timothe Luwawu. It stayed even thanks to a pair of clutch Jae Crowder 3’s at points where the Philly crowd was desperate for big plays from the Sixers. Still Philly made a lot of big stops defensively even as their offense continued to fail them on the other end. Still they did just enough to grow a three point lead with 90 seconds remaining. Philly found enough offense late, though, pushing that one-point lead to six on a Nik Stauskas three with :38 to go. That was enough for them to hold on.

The Celtics allowed this to happen and there isn’t a damn thing I can say about it.

WTF guys?? Couldn’t hold on at all?

Al Horford, who, through three quarters, was the best player on the floor. However, when it mattered, too many other guys were looking for theirs… which is a by-product of not knowing what the hell to do without Isaiah Thomas on the floor.

I got some heat on Twitter from people saying this exposes Danny Ainge because he didn’t get a big scoring option for these situations, but I still don’t think it matters for this season. I am still unwilling to sacrifice future success for a win here. The longer-term is more important.

With Isaiah home it’s the Horford thing, and this sequence was awesome.

Horford brings the thunder on both ends! 💪💪 pic.twitter.com/gn2cqyJUSd

Too bad it was wasted.

Avery Bradley: "We weren't sharing the basketball. We stopped playing the right way, and they came back."

Understatement of the year candidate.

Let’s end this on a positive note:

The Boston Celtics enter tomorrow’s game against Washington with a 1.5 game lead. If they win, they are almost guaranteed to be the two seed. If they lose, they’re STILL heavy favorites to hold onto the two seed. After everything, this is still a very good position to be in.

I’d still love a win tomorrow. That would be huge.