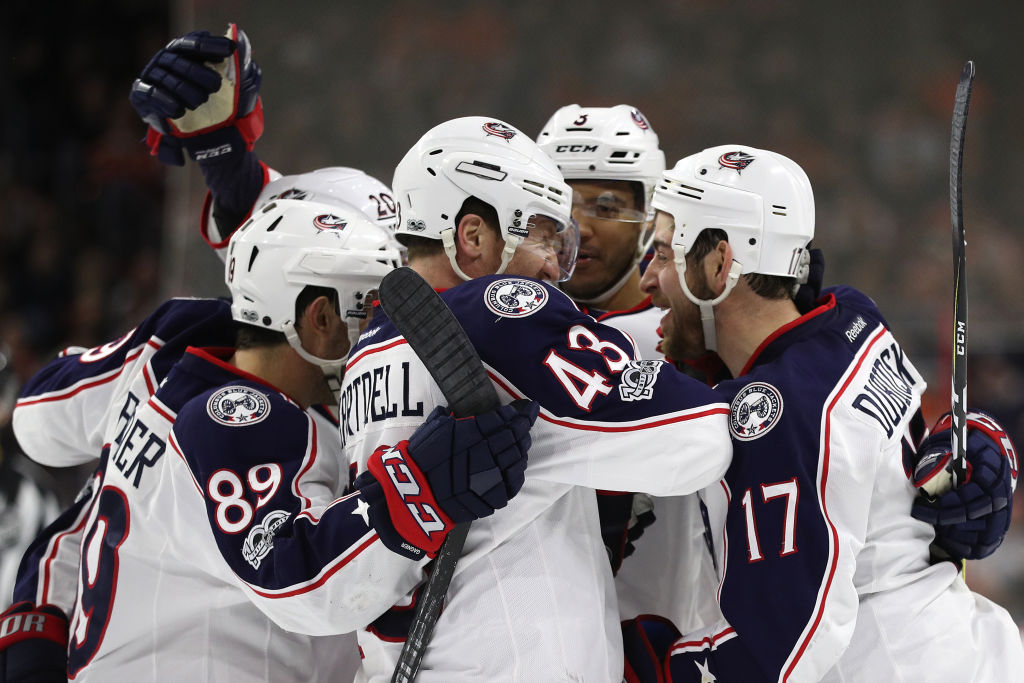 The chase for the President’s Trophy is on and the Blue Jackets are trying to go after the top spot. They have back to back matinee games this weekend against the Islanders and Devils. In their first game against the Islanders, they defeated them by a score of 3-2 in overtime.

Cam Atkinson put away the winner but where was the game won in the trenches?

Cam Atkinson may very well be having the quietest great season ever. He keeps plugging away and keeps scoring, national media have taken notice but it isn’t getting brought up as much as it should. He has a nose for the net and keeps putting himself in position to score.

I'd marry this Werenski pass if I could. Still can't believe it made it through to Dubinsky.

Atkinson also had a 58% CF at even strength in addition to his overtime goal. It may seem easy for him to make this play but being in the right place at the right time is much tougher than it sounds. He is making it his mission to score goals for this team.

Atkinson has been an invaluable part of this team all year long.

The Captain of the Columbus Blue Jackets only had an assist on the day but it was a big one when he served the puck up to Josh Anderson. It was a sublime pass with some great overall touch on it. Not many can make that pass and it came at a great time for the Jackets as they took the lead at the time.

Werenski with the great pass to a streaking Foligno and #71 drops it perfectly to Anderson. Perfect exchanges all around. #CBJ pic.twitter.com/BkBtUABCEp

Much like Atkinson, they’ve needed Foligno to come up in some big spots and he did not disappoint. He’ll be a vital part of the team’s playoff run and they need all hands on deck for it.

He’s 19 years old and he may be having the best season by a Blue Jackets defenseman ever. After two assists today, the momentum that is pushing Werenski is out of this world. It doesn’t feel like it is going to stop anytime soon either. As he continues to smash all of the Blue Jackets record books, it begs the question, just where exactly is his ceiling as a player? Can he get even better than this?

It’s a scary thought and should make the Jackets happy regardless of what happens down the stretch.

when you see the #CBJ atop the @NHL standings in March pic.twitter.com/EhsTay9OK5