What happend to Colin Kaepernick? 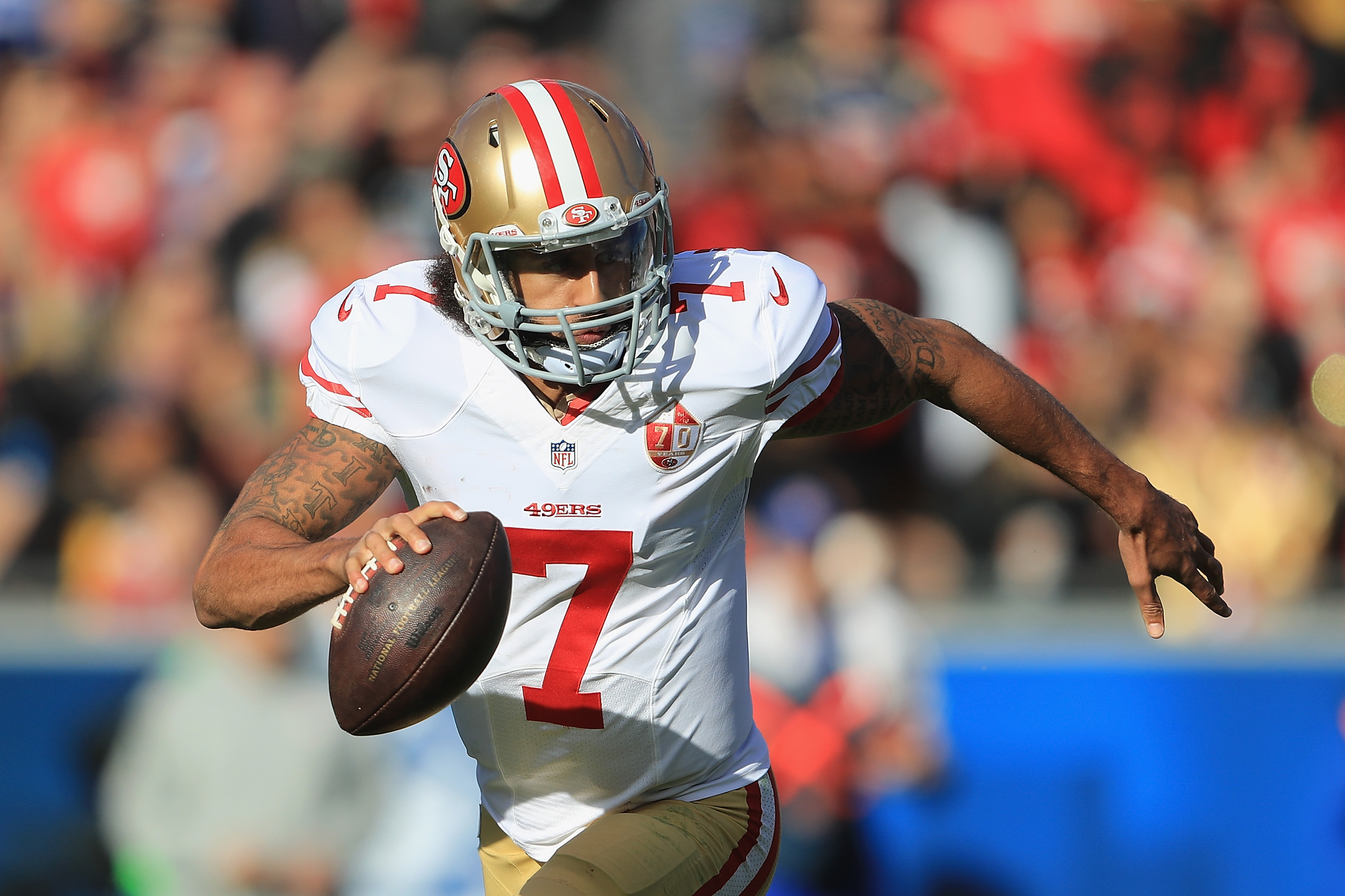 What happend to Colin Kaepernick?

Five years ago, Colin Kaepernick took the NFL by storm and led the San Francisco 49ers to the Super Bowl. The following season, he was inches away from taking the 49ers back to the Super Bowl, and since then, much like his football team, his career has gone downhill.

The marriage of Kelly’s offense with Kaepernick’s ability seemed to be a perfect fit or both head coach and quarterback, and for the most part, it played it out pretty well. Take away a dismal game against Chicago, but other than that, it seemed to work.

In 12 games played, Kaepernick threw for 16 touchdown passes to only 4 interceptions, and the offense seemed more in sink with him at QB. He tossed for almost 400 yards against the Saints, led a near comeback against Miami in which he threw for 296 and ran for another 113 yards, tied the game late against Arizona on a run, and ran in the game winning 2-point conversion against the Rams.

Another year with Chip and Kap seemed ok with 49er fans, until Kelly was fired after the final game of the season.

With a new head coach and GM in place now, Kaepernick seemed to be the odd man out, and in March, he opted out of his deal, officially becoming a free agent. But since March 1, there has been nothing but crickets from the Kaepernick camp- no rumors or gossip, not even a mention of a single team on the radar.

We know about his protests regarding the National Anthem, and how one day after announcing he had opted out, he promised to stand for the anthem, but still, nothing.

There almost seems to be a backlash on Kap right now, and as quarterbacks who seem to have much thinner resumes than he does continue to sign with teams, the questions start to build- is Colin Kaepernick being blackballed by the NFL for his antics?

The answer to some is an obvious yes. To others, it’s more about his play as a quarterback.

Kaepernick isn’t the best passer in the NFL, he’s not the most accurate, and no question that his play has regressed some since 2012 and 2013, however he still play football, and he can run.  Cleveland, New York, Houston, and even Washington (as a fall back to possibly losing Kurt Cousins next season) seem as reasonable landing spots.

As of now, momentum is starting to build around Kaepernick, so perhaps someone will feel the urge to make a move and go at the very minimum, bring him in for a visit, but it remains to be seen.

He deserves a chance to be on an NFL roster, at the very least, competing for a starting job somewhere.

Health and Fitness 10m ago