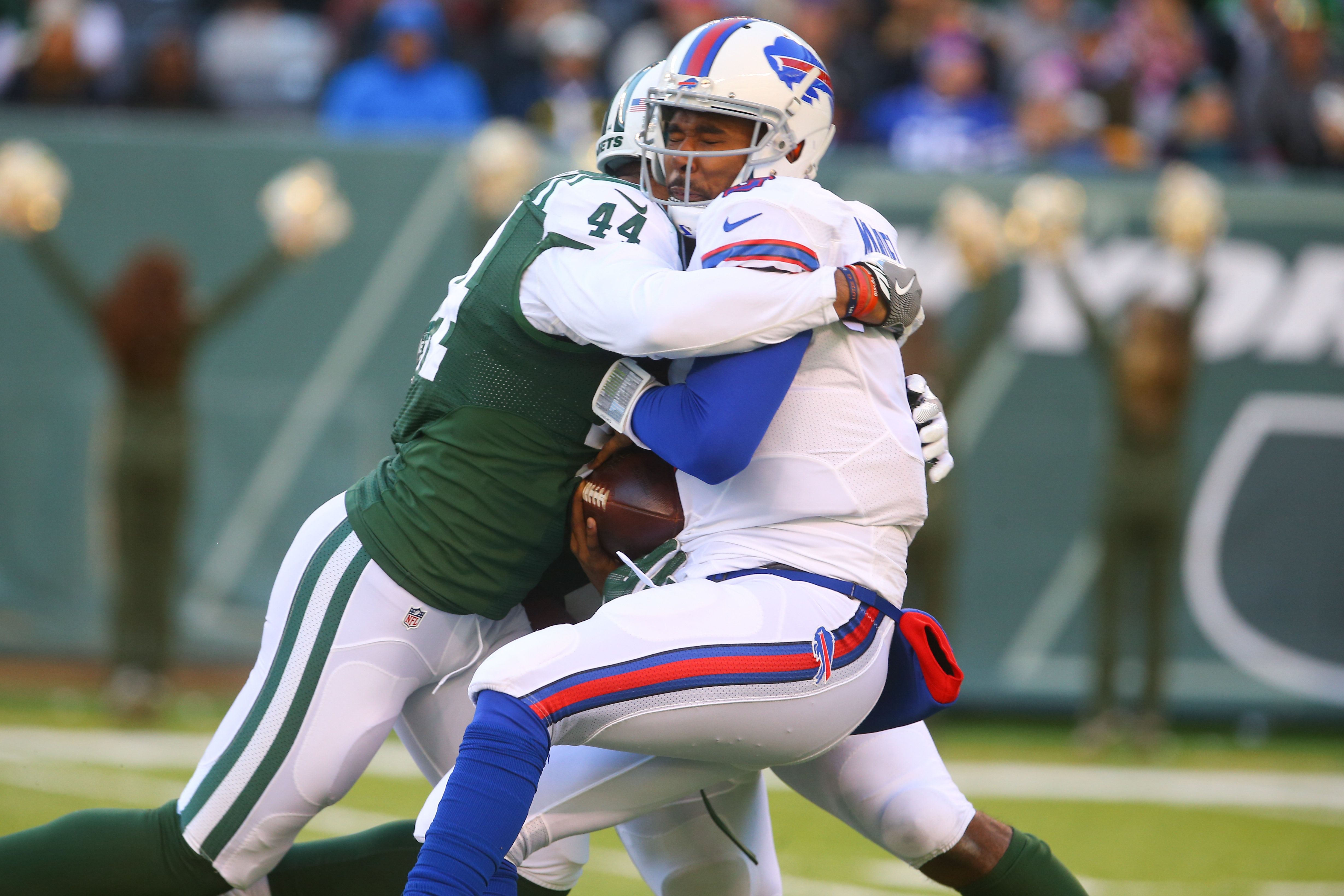 The quarterbacks in this year’s draft class all have their shortcomings, but it’s hard to see this crop turning out as fruitless as the 2013 group.

Those are the first two quarterbacks chosen in that draft. The Bills drafted Manuel 16th overall and the Jets took Smith in the second round, 39th overall. Both flopped as starters and will be backups with their new teams.

Go down the line, and only one of the 11 quarterbacks drafted in 2013 is with his original team. Landry Jones re-signed with the Steelers as Ben Roethlisberger’s backup.

At least Mike Glennon will be a starter, if that sentence can be uttered with a straight face. Glennon was the third quarterback off the board in 2013. The Buccaneers took him in the third round. He went 5-13 as a starter and signed a three-year, $45 million contract with the Bears.

With Glennon coming to Chicago, the fourth quarterback taken in the 2013 draft is leaving Chicago. Matt Barkley was chosen by the Eagles in the fourth round then went to the Bears last season and threw 14 interceptions in six starts. He’ll be wearing a headset on the sideline for the 49ers next season.

There was a run on quarterbacks when the Giants chose Nassib. Tyler Wilson went to the Raiders two picks later and never played a down in the NFL. The Steelers chose Jones three picks after that.

The rest of the quarterbacks drafted in 2013 were seventh-rounders. Brad Sorensen (Chargers), brother of Chiefs safety Daniel Sorensen, has never thrown a pass in the NFL although he did spend some time with the Vikings last season after Teddy Bridgewater’s injury. Zac Dysert has never played a snap but is still getting an NFL paycheck from the Cardinals.

B.J. Daniels, drafted by the 49ers, could turn out to be the most productive quarterback drafted in 2013. He simulated Russell Wilson on the Falcons’ practice squad in preparation for their divisional-round playoff game against the Seahawks in January. So Daniels can tell his grandkids that he helped get the Falcons to the Super Bowl.

Speaking of the Falcons, they drafted Sean Renfree with the 249th pick in 2013 and cut him during the 2016 preseason. The Buccaneers signed him to a reserve/future contract in January. Renfree probably wouldn’t have a job if it weren’t for the vacancy left by Glennon, as the incompetence of the 2013 quarterback draft class is so masterfully intertwined.

Perhaps these quarterbacks could be dubbed Ocean’s 11, because they’d all be hard-pressed to hit the ocean with their passes.