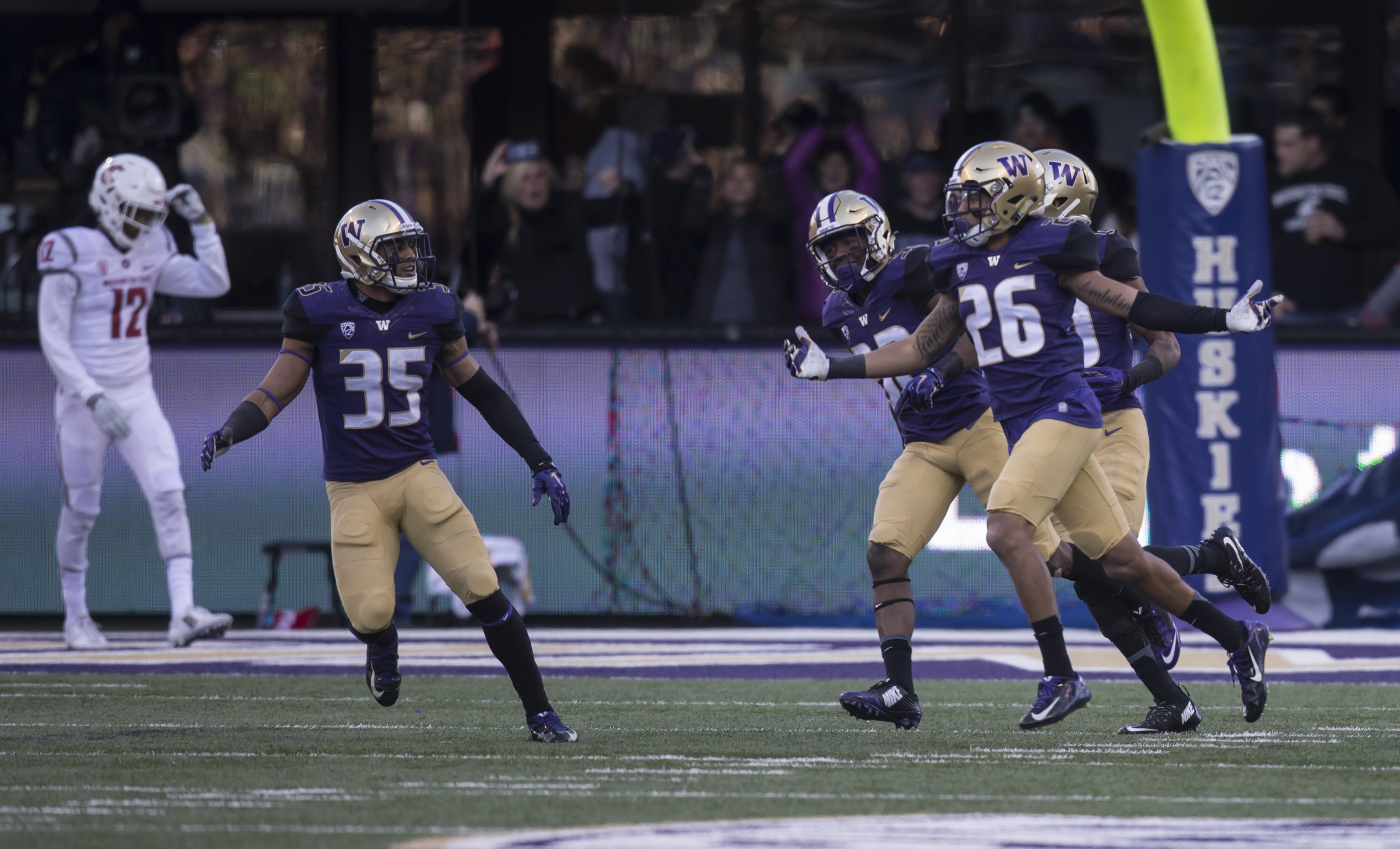 Another week, another group of draftees that can make a difference in the NFL, particularly for the Bills. This week, I want to show an entire squad in action – the Washington Huskies secondary. Budda Baker, Sidney Jones and Kevin King are three of the top secondary players in the 2017 NFL draft. While their partner, Brandon Beaver is okay, the three aforementioned are a cut above.

You don’t get the 8th ranked scoring defense in the NCAA without having a solid secondary and Washington is no exception. While I will give you a taste of each player’s abilities, I’d also encourage you to read my reports on King, Baker and Jones over at the Bills Wire.

For King, the name of the game is read-and-react. While he might not be the smoothest in change-of-direction, in a zone scheme he’s smart, heady and fires his gun as soon as he sees where the ball’s going.

Sidney Jones is the definitive alpha corner you want on your roster, assigning him to your opponent’s best threat and trusting Jones to lock him down:

Budda Baker, to me is Bob Sanders and Jairus Byrd reborn. While he lacks the size most would want at the safety position:

I also like this gif because it features all three of them in tandem. While the league hasn’t allowed my proposal for the Bills getting two players for every pick (“The Nix Gambit”) I still hold out hope.

In Buffalo for the McDermott/Frazier scheme all three players would find a home. Baker’s ability to play slot, safety and deep safety would fit in well with the Transformers-like, multi-faceted secondary McDermott and Bills general manager Doug Whaley has assembled thus far in free agency, with the acquisitions of Micah Hyde and Jordan Poyer.

Sidney Jones, while injured would not contribute much, if at all in 2017; however, you’d have a 1st round caliber player at a huge discount to draft capital spent. When healthy, you’d have a strong boundary corner that will be a great fit in the zone-based scheme, as well as playing well in man when needed.

Kevin King’s size and experience at both corner and safety would be another “Transformer” added to the team, similar to Baker. However, because of his size, he would make for an formidable target to throw over as the safety in red zone defense.

So, now that you’ve had an introduction to the Triumvirate of Take Aways, who do you think fits best? Answer either in the poll below or our handy dandy Twitter poll, coming out as this is published.

Personally, I’m a bit greedy this week and with the way Sidney Jones’ injury may affect his stock, I think the possibility exists for getting 2/3 of the Washington Huskies secondary in Buffalo, albeit with one on a “redshirt” rookie year.