Ezekiel Elliott needs to chill out on the partying 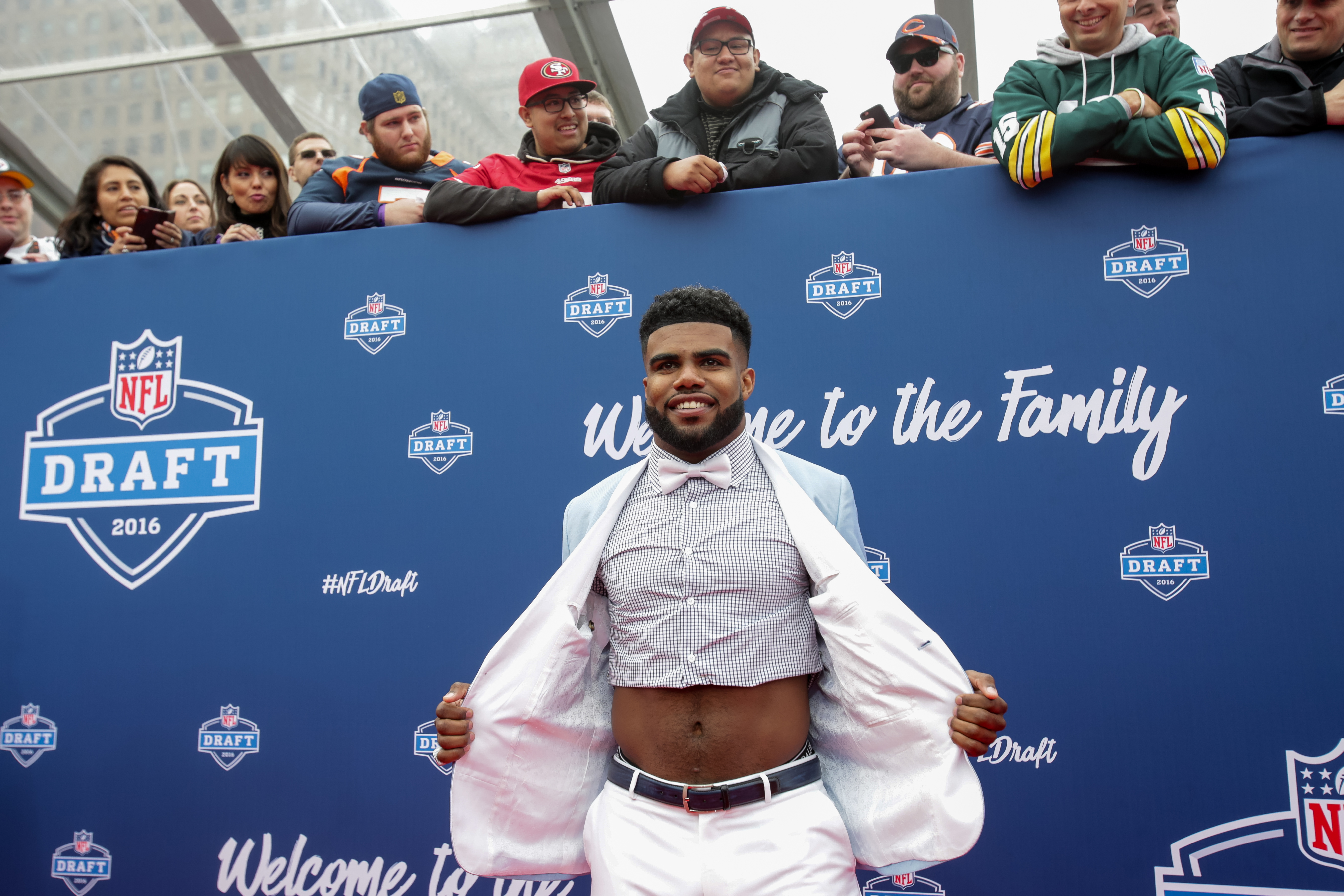 Ezekiel Elliott needs to chill out on the partying

Cowboys running back Ezekiel Elliott dazzled on the field in 2016, and put together one of the best rookie campaigns in NFL history. Elliott ran with confidence, speed and used great vision to hit holes and break off big runs, and was a big reason the team was so successful during the regular season, running behind a great offensive line.

Elliott is already making headlines in the offseason as well, but for the wrong reasons.

Just over one week ago, the Cowboys running back was at a St. Patrick’s Day parade in Dallas, hanging out with some friends at a rooftop bar. For some reason, he felt compelled to pull down a woman’s top and exposed her breasts, which isn’t something a grown man should be doing, and certainly not an athlete who’s constantly in the spotlight. Elliott set a horrible example for the younger generation, and really didn’t even apologize for it, so it’s clear he didn’t care all that much.

He moved on by hosting a huge yacht party in Miami over the weekend, with two members of the Coast Guard coming aboard the yacht for a 20-minute safety check.

Looking at the timeline here, it’s been two months since the Cowboys were eliminated from the playoffs, and will be another four months until the team is set to begin training camp. The NFL offseason is long, and there’s plenty of time for players to mess around and get caught up off the field during the spring/summer. Elliott needs to realize that the (public) party is over. As an athlete who’s in the public eye, he needs to be a bit smarter about how he has fun, doing it in VIP areas of clubs, or hosting private parties, or something to that extent.

College is over, and so should Elliott’s days of acting juvenile in public. It’s time to grow up and focus on becoming one of the league’s best running backs.