O.J. Howard could be first tight end drafted in top five since 1972 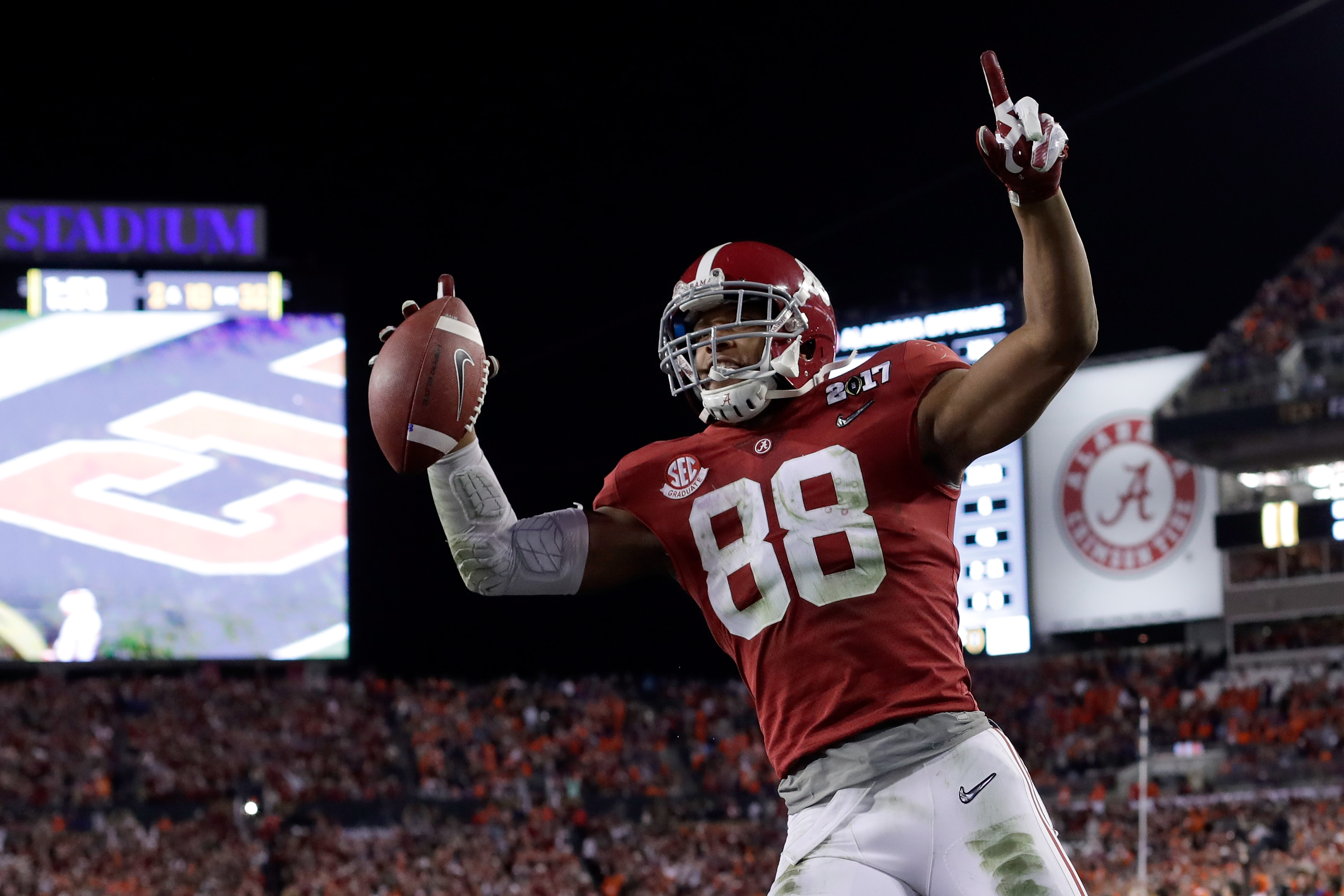 O.J. Howard could be first tight end drafted in top five since 1972

O.J. Howard won’t have to wait long to hear his named called on draft day.

He could even go in the top five.

Rob Rang of CBS Sports predicts that the Titans will draft the Alabama tight end with the fifth overall pick in his latest mock draft. If that happens, it would be the first time a tight end has been drafted in the top five since the Broncos took Riley Odoms with the No. 5 pick in 1972. Odoms made four Pro Bowls in an 11-year career.

Howard also would be in the company of Hall of Famer Mike Ditka, who the Bears drafted at No. 5 in 1961.

It’s way too early to put Hall of Fame expectations on Howard, but the scouting reports suggest he can immediately step in among today’s elite NFL tight ends.

Howard broke out in the 2015 national championship game, when he caught five passes for 208 yards and two touchdowns in Alabama’s 45-40 win over Clemson. He caught 45 passes as a senior in 2016 and crushed the combine. He was the top tight end in the three-cone drill, 20-yard shuttle and 60-yard shuttle. He also was tied for third in the position group with 22 reps in the bench press and second in the 40-yard dash (4.51).

“Linebackers have no shot against him in space,” according to the scouting report used by NFL.com.

The biggest question mark about the 6’6″, 251-pound Howard is his desire.

“I don’t worry about the talent at all. He could be an all-pro. I just need to know if he loves football,” one NFC general manager told NFL.com.

Only six tight ends have been drafted with a top-six pick. Vernon Davis and Kellen Winslow are the only two since 2000. All of them have made at least one Pro Bowl.

It remains to be seen if Howard will become the seventh member of that group. But if he attends the draft, he shouldn’t get too comfortable in the green room.